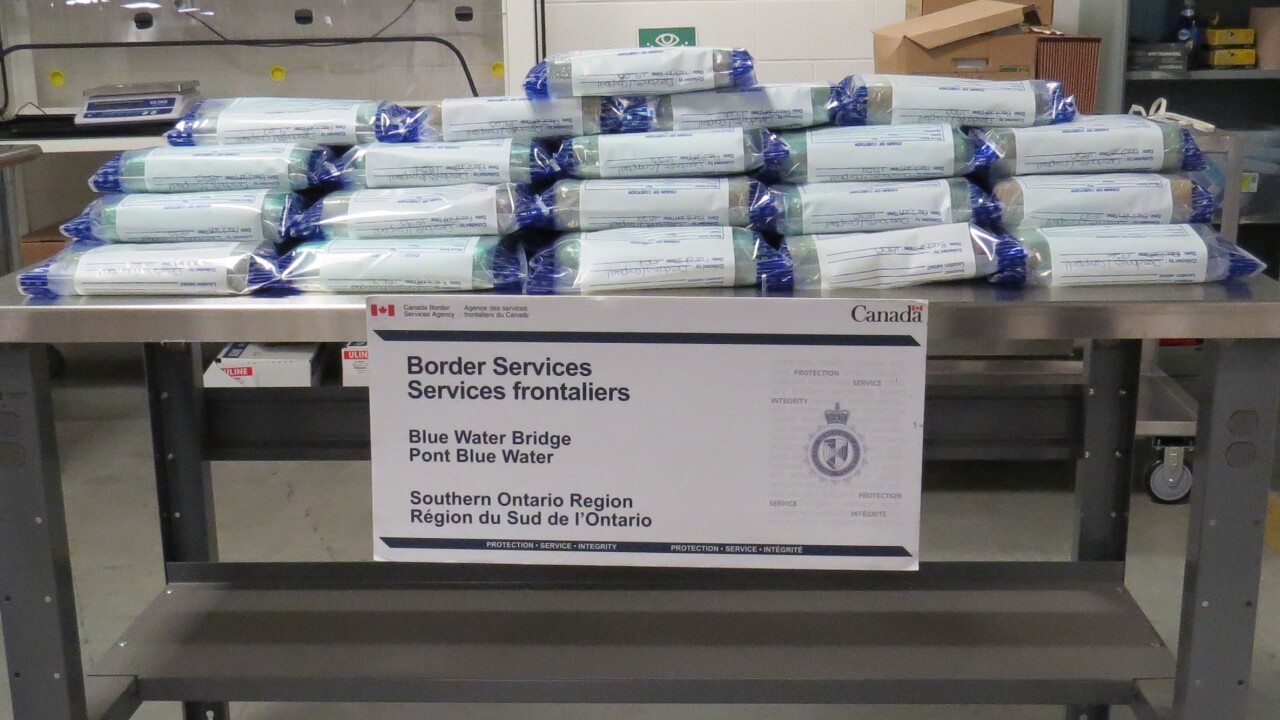 (WXYZ) — Fifty bricks of suspected cocaine were seized at the Blue Water Bridge.

On Dec. 2, 55-year-old Daniel Leduc, from Quebec, was reportedly driving a tractor-trailer and arrived at the bridge. He was referred for a secondary inspection.

During the inspection, 50 bricks of suspected cocaine were found in the cab of the semi-truck, weighing approximately 50 kilograms.

Leduc was charged with importation of a controlled substance and possession for the purpose of trafficking.