7 in Your Neighborhood: Get to know Livonia Police Chief Curtis Caid 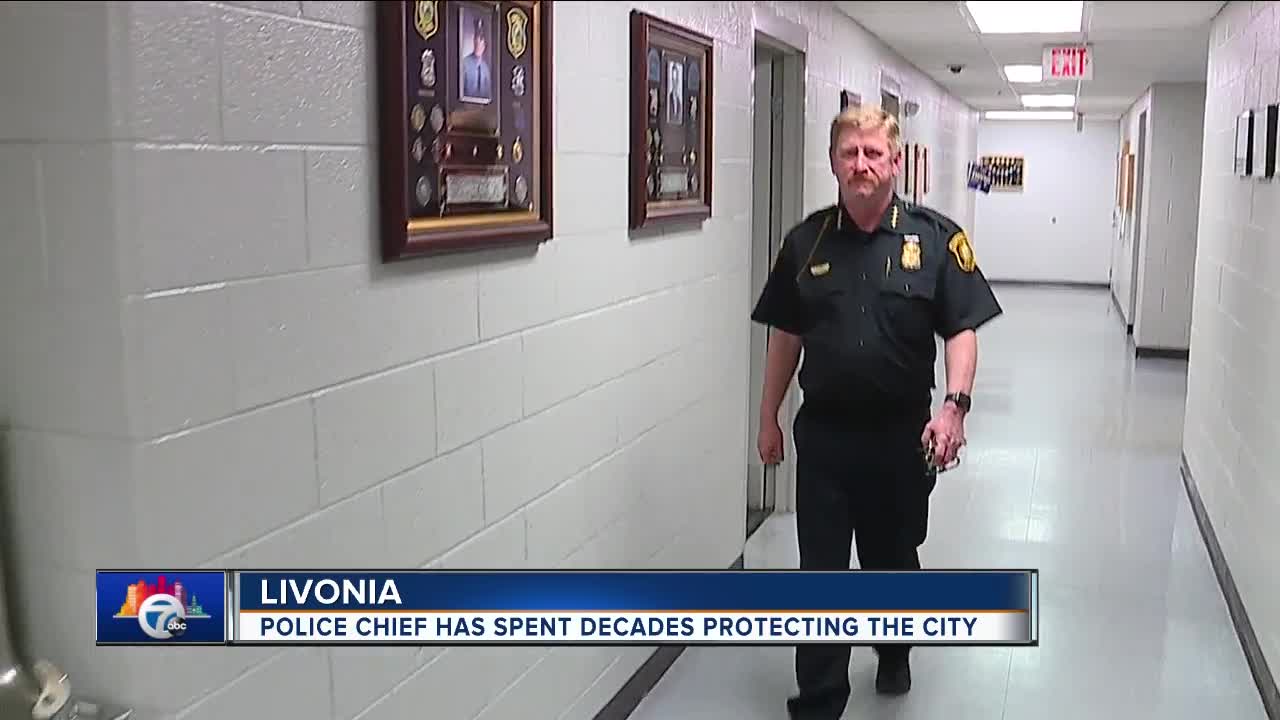 All day we have been sharing stories from Livonia in our new series 7 in your neighborhood, and now we’re introducing you to the man that has made it his mission serving this community for over 40 years.

LIVONIA, Mich. (WXYZ) — All day we have been sharing stories from Livonia in our new series 7 in your neighborhood, and now we’re introducing you to the man that has made it his mission serving this community for over 40 years.

“Started my college at Schoolcraft College, graduated from Madonna University, so I’m pretty much Livonia through and through.”

Police Chief Curtis Caid is a Livonia lifer. He started as a police cadet in 1979 and moved through the ranks and was appointed the job of top cop in 2011.

“I've put more hours in this position than any other job that includes narcotics, undercover, detective work,” said Chief Caid.

“It's a privilege and an honor to be in that spot” said Chief Caid.

The chief realizes the responsibility that goes with the position.

“We are in people's homes during the worst part of their lives, frequently, and we can't forget that and recognize the compassion we need to show,” adds Caid.

Never far from his heart and mind are the officers his department has lost.

Of course, there's dangers with the job, we've lost four officers. The last one was Officer Nehasil in 2011 was shot and killed.

Livonia Officer Larry Nehasil moved in to make an arrest when one of the suspects opened fire striking him. He returned fire -killing the suspect.

Although, Nehasil was wearing a bullet proof vest---he did not survive. His end of watch was January 17, 2011.

“Larry was my brother in law, so I’ve known Larry for many, many, many years. I’m married to his twin sister,” said Chief Caid. “So his loss hit our department very hard. Certainly, me and our family as you can imagine very hard as well.”

“That park came together, really in record time because of this community,” said Caid.

Sitting in the shadows of city hall, this well-appointed tribute is special to so many heroes.

“A great indicator of the commitment that this community has in supporting this police dept and the fire dept. It’s second to none and we’re truly blessed,” said Chief Caid.

Presently Chief Caid is exceptionally proud of the way Livonia police is tackling mental illness and the opioid crisis.

"We partner with Growth Works and St. Mary Mercy Hospital. Not to put people in jail, but to get them help," said Caid.

Growth works is non-profit specializing in substance abuse and family issues in the courts and the hospital has several programs to help the entire family affected by addiction. They have one common goal.

“If we can affect one life and get that person healthy again and then…the need to commit crime and do all the things to supply that addiction, I mean it’s a win, said Caid.

One important thing Chief Caid hopes we take away from him.

“People don't recognize, that police officers are human beings. They're no different than anyone else,” said Caid. “They've chosen a career path and it's a career path of service.”

Chief Caid is thankful for the opportunity the city of Livonia has given him and he knows he’s blessed to work in such an amazing community.

On June 8, 2019 Livonia Police will be holding the Livonia Passport to Safety, a dedicated to teaching kids safety tips. Everyone is welcome to attend.