7 In Your Neighborhood: Meet one of the men behind the Woodward Dream Cruise 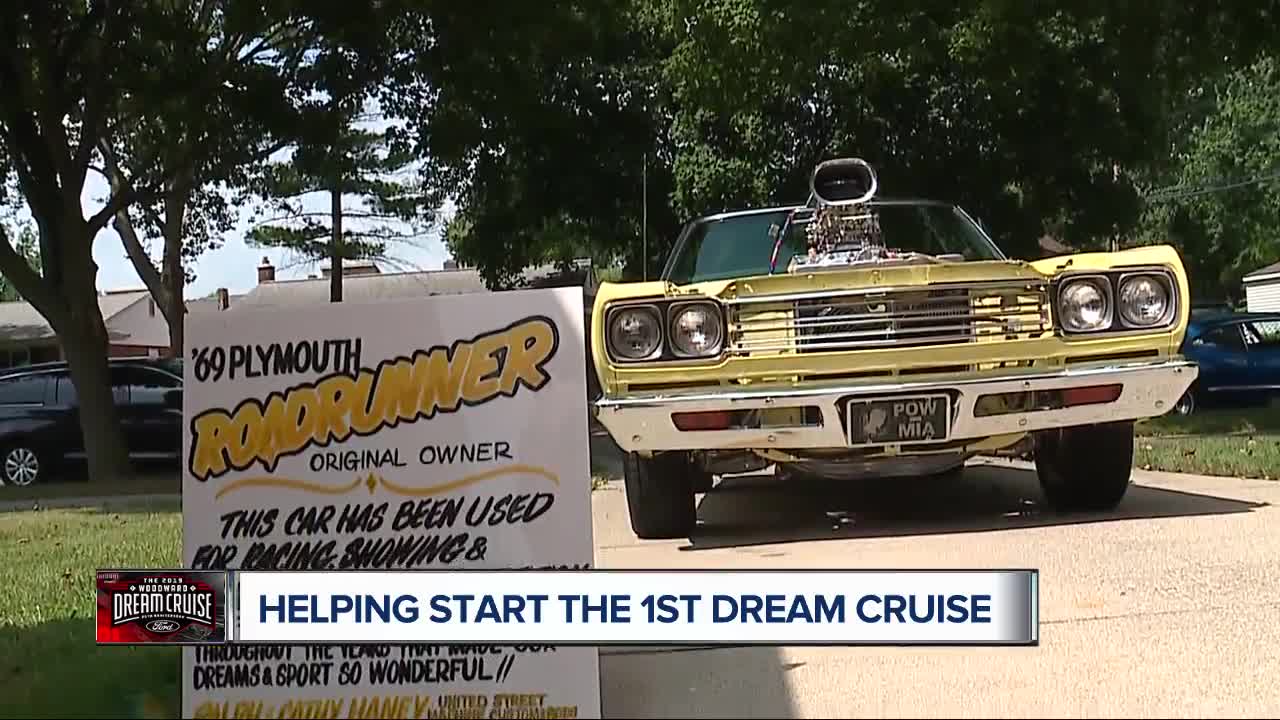 In this week's 7 In Your Neighborhood, it's all about the Woodward Dream Cruise and we want to introduce you to a Clawson man who had a hand in the first Dream Cruise more than 25 years ago.

(WXYZ) — In this week's 7 In Your Neighborhood, it's all about the Woodward Dream Cruise and we want to introduce you to a Clawson man who had a hand in the first Dream Cruise more than 25 years ago.

In 1968, Ralph Haney had just bought a new Roadrunner, and then he was drafted into the Army.

"I got my induction notice, and my father said there's no way you're keeping this thing here while you're going in the Army," Haney said to 7 Action News.

He returne the car to the dealership and headed to boot camp. After completing boot camp, he and his wife returned to Michigan when the inevitable happened.

"I got my orders to go to Vietnam," Haney said. "We came home, we talked about it, went back, we went down to the Plymouth dealer, bought a brand new 69 Roadrunner.

This year, Haney's Roadrunner is celebrating 50 years, and Haney still owns the car he bought in 1969.

"I've had it form day one. I put the first mile on that car," he said.

The car family was growing quickly, and one of his favorite members was a 15-year-old named Billy Sohns. They talked cars over the phone but never met in person.

Billy and Ralph became great friends, but because of his disabilities as a quadriplegic, Billy couldn't drive.

"Like we tell everybody, nobody really owns the car. We are just the caretakers. The car is and always will belong to Billy," Hopskinson said.

"We take it around to different car shows in his honor and put up his pictures and his drawings that he does," Haney added.

Then, in the early 1990s, and doing 80 car shows a summer, a Ferndale businessman reached out to Haney with an idea for a bigger scale show, and the wheels began to turn.

Soon, Royal Oak, Berkley, Pleasant Ridge and cities along Woodward Ave. wanted in, and the Woodward Dream Cruise was born.

This weekend, Haney will be cruising in the 1932 Ford replica he built in honor of the classic move, "American Graffiti," and Hopkinson will be in Billy's car. You can catch them at Nicky D's Coney Island on Woodward south of 14 Mile all day on Friday.

"I can sit there see people from generations and decades and I know so many parents of so many people that are out there cruisin' now. It's amazing," Haney said.