Meet the man who's preserving history at Greenfield Village 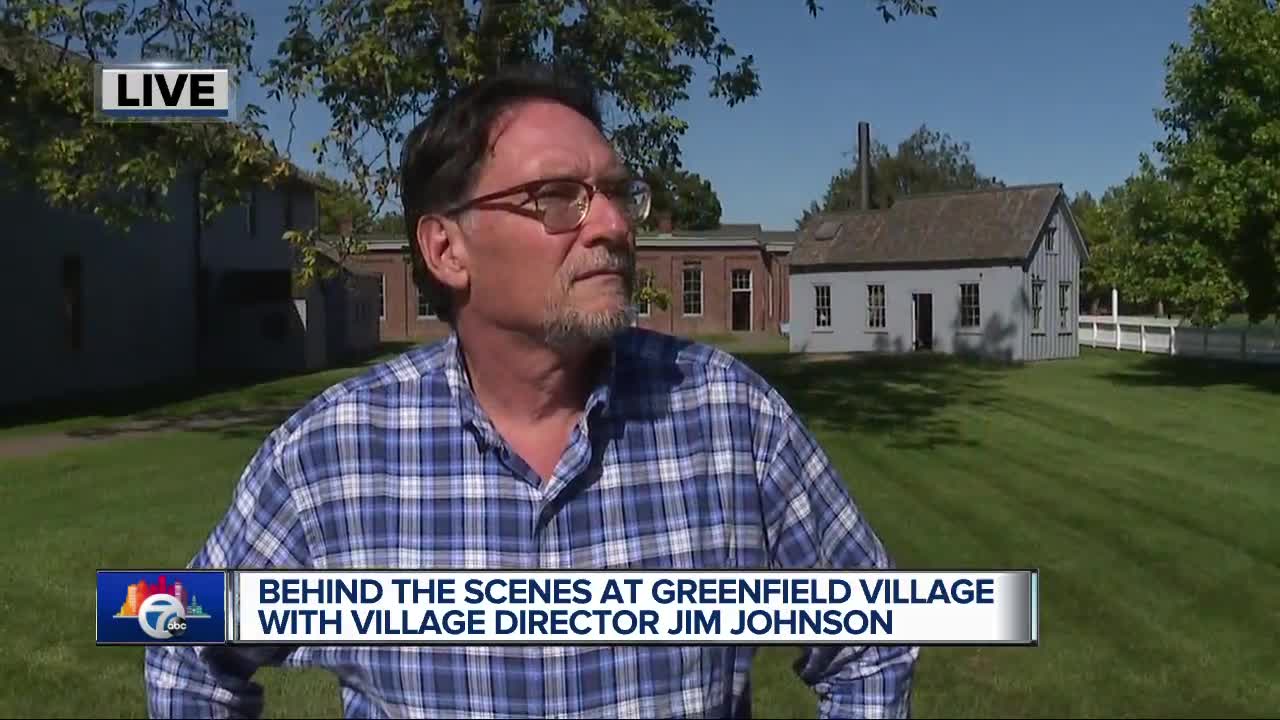 Greenfield Village is a spot in metro Detroit that is stuck in time, and one man works very hard to preserve the history at the village. His name is Jim Johnson, and he is the director of Greenfield Village.

DEARBORN, Mich. (WXYZ) — Greenfield Village is a spot in metro Detroit that is stuck in time, and one man works very hard to preserve the history at the village. His name is Jim Johnson, and he is the director of Greenfield Village.

"I think there's very few people that can call work entertainment," Johnson said with a smile. He started working there as a bus boy in high school.

"Well, that was 40 years ago," he added. "I was just 17 years old at that point and actually worked the summer at what was then the Clinton Inn and now, the Eagle Tavern."

As he became more involved, he saw a new way to educate the visitors.

"We began a whole concept called living history where instead of just static buildings where things are sitting in front of you, we started bringing history to life," he added.

Bringing the past to the present played a big role which kept the historical destination fresh and interesting. It's also a huge spot for kids.

"It's really pretty amazing when the lightbulb goes on, so to speak, with some of the kids, because they've lived through an age of tremendous change, much like Henry Ford did," Johnson said.

Although it's hard to pick one, his current favorite at Greenfield Village is Menlo Park.

"The laboratory there and the buildings and the stories associated with that location are really inspiring," he said.

Menlo Park satisfies his love for defunct technology that is obsolete.

"It does such an important job of telling so many important stories about where we’ve come from as a nation and hopefully where we’re headed," he said.

Johnson's love for Greenfield Village is ever growing.

"A lot of people rely on him and his knowledge," Melissa Foster, an employee, said. "I really don't know what we would do without him."