Several wounded after 10 separate shootings across Detroit over the weekend 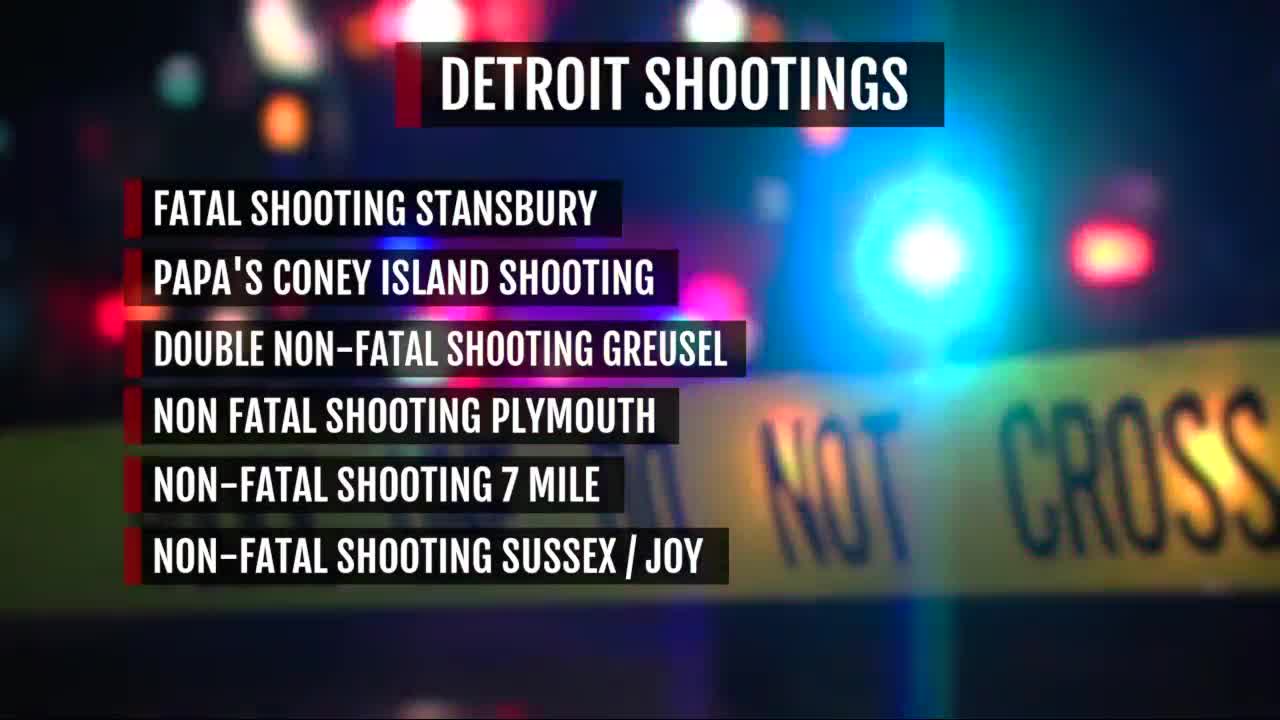 A violent 24 hours in Detroit. At least seven people were wounding in six separate shootings across Detroit.

DETROIT (WXYZ) — It's been a violent 24 hours in Detroit with several people injured after 10 separate shootings across Detroit over the weekend.

One man is in critical condition after he was shot multiple times inside Papa's Coney Island on Kelly near McCormick.

Resident KD Reed lives just down the street from where the shooting happened.

"It could have been anybody," Reed said. "People shooting in an enclosed environment – anybody could get hurt."

A string of separate shootings in Detroit started just after 9 p.m. on Gruesel near Junction Street. Two people, a man and a woman, were shot by three male suspects wearing hoodies, according to police.

Both victims are listed in stable condition.

Then, another shooting on Seven Mile Road and Gilchrist. The victim drove himself to the hospital. Police are still looking for the shooter.

One man witnessed a fatal shooting on Stansbury near Grove Street during a block part early Sunday.

A 26-year-old man died at the scene. Police say he shot a man in the leg before an unknown shooter struck him in the back.

Another shooting occurred near a gas station on Plymouth and left a man in serious condition. And just before 4 a.m. Sunday, police say a man was shot after three men knocked him to the ground and started beating him near Sussex and Joy Road.

Police add the shooter at the Coney Island is a CPL holder. He was detained on the scene. ALl of the shootings are under investigation.

If you have information on any of these shootings, contact Detroit police.