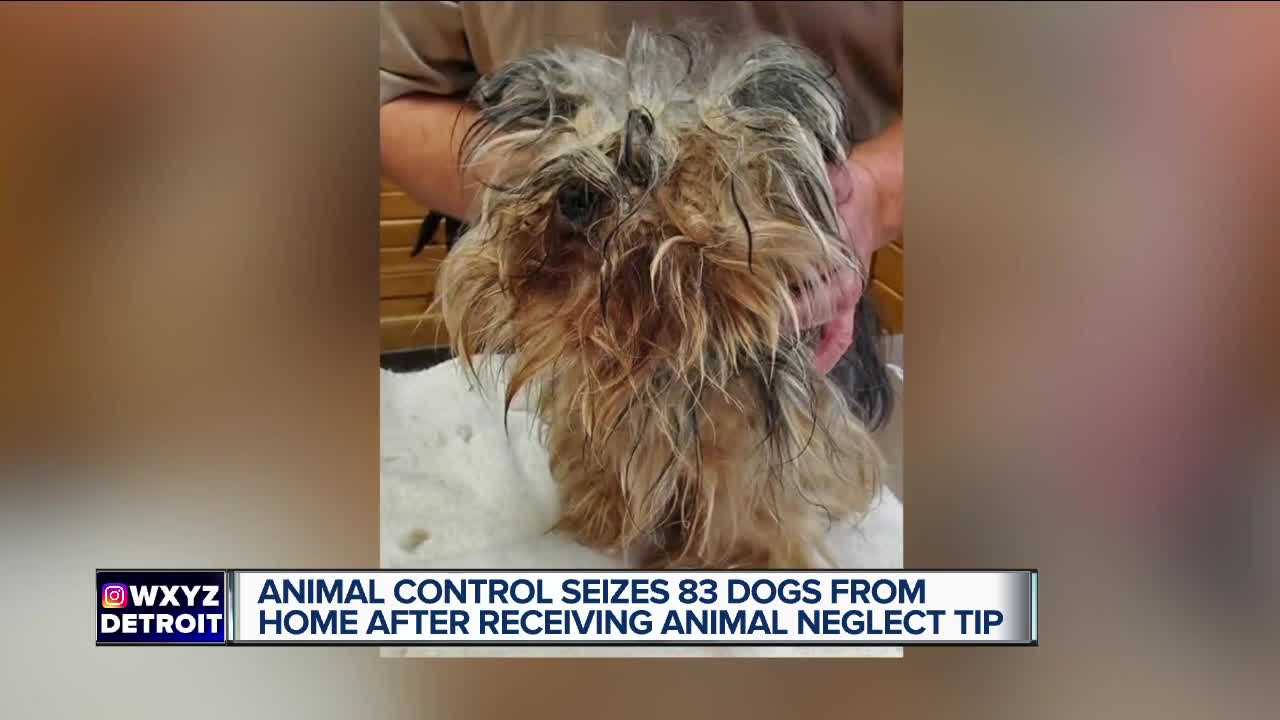 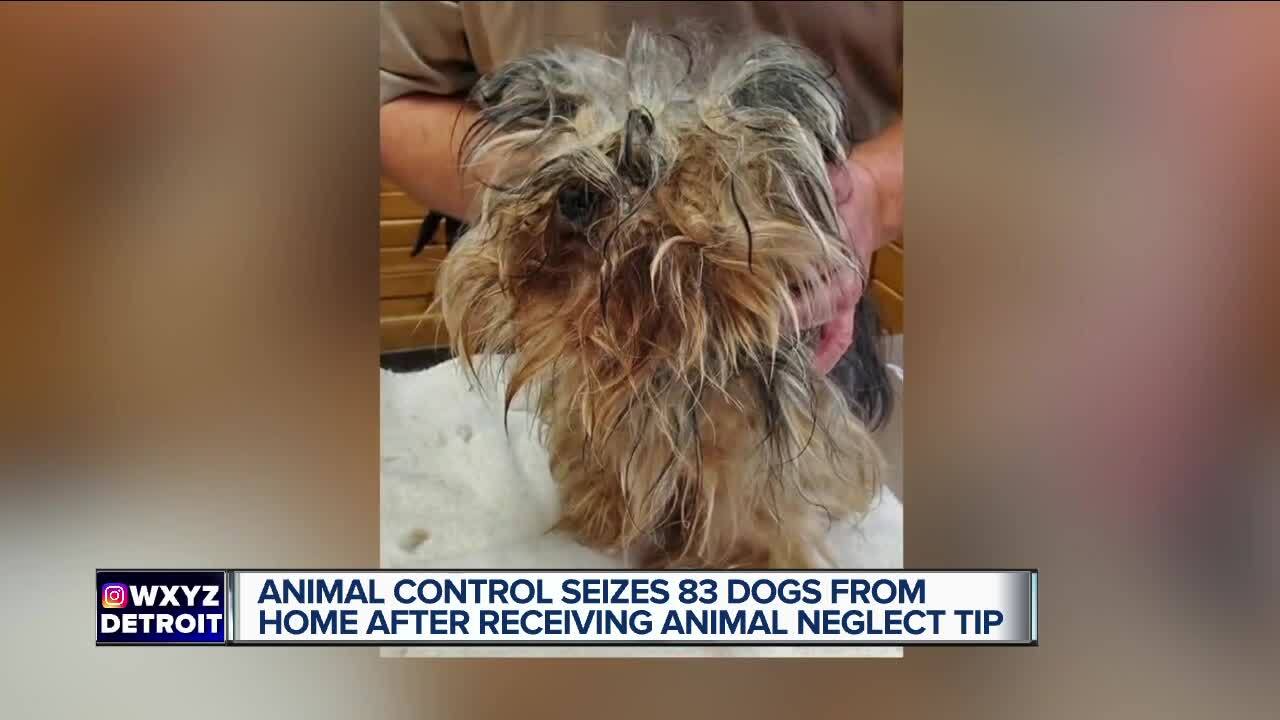 The dogs are all small toy breeds.

“The dogs, the majority of them were so matted and their toenails were so overgrown they could hardly walk and they couldn’t see," said Erika Stroman, Director of St. Clair County Animal Control.

Stroman said the dogs lived in wire cages stacked on top of one another. Most cannot walk normally because their toenails were so overgrown.

The dogs, ranging in age from 12 weeks up to around 10 years old, have been moved to area rescues for the time being and have been shaven and washed.

Some of the dogs with the most serious health issues were taken to Serenity Animal Hospital in Sterling Heights.

This is one of the dogs rescued. He had a broken jaw due to having his teeth improperly pulled according to a vet caring for him in Sterling Heights @wxyzdetroit pic.twitter.com/xAfo3IWrLL

“One had surgery on Friday because she had an infected uterus," said Dr. Karen Michalski, who works at Serenity.

One of the male dogs brought to Serenity has a badly broken jaw as result, Dr. Michalski said, of improperly pulled teeth. He's scheduled for surgery Monday.

“Most of them, their teeth are so bad they’ll just fall out," Michalski said.

Stroman said this particular breeder, who has not been formally charged with a crime, has had animal neglect calls in the past.

“She did express that she knew that their coats were bad but other than that, she thought they were fine," Stroman said.

Based on the number of animals seized, they plan to recommend felony animal cruelty and neglect charges to the county prosecutor.

Despite a very rocky beginning, the staff at Serenity is optimistic these dogs have a bright future.

"Even the one that we did surgery on, we put a couple of toys in her cage. She had never had toys before and she started playing with them already," said Dr. Michalski.

None of the rescued dogs are available for adoption right away, and will all need to be spayed or neutered first.

Stroman warned that given their past, these dogs will likely be a lot of work.

Dr. Michalski said they are in need of donated canned soft food for the dogs, as well as disposable pee pads. Any financial donation will go directly to the rescued dogs' care.