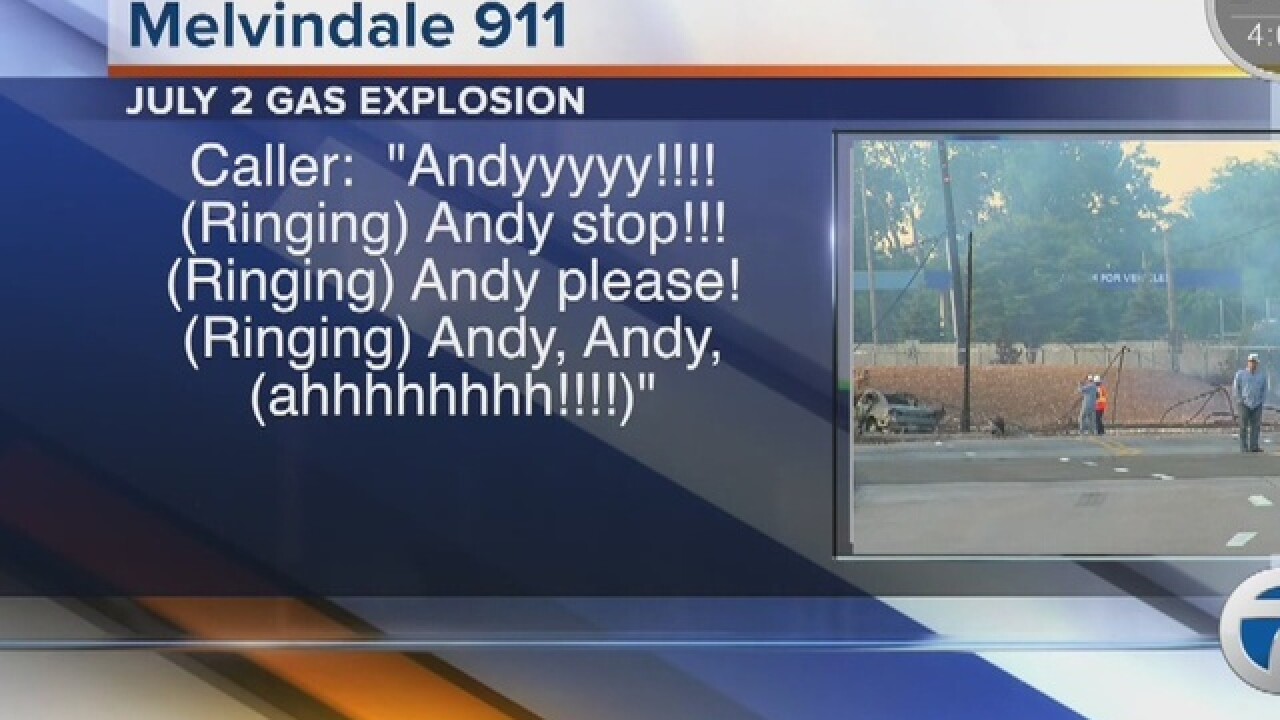 Police have released 911 calls from the massive gas line explosion in Melvindale that shook the city and forced residents from their home earlier this month.

Signs near the area are still melted, siding of a home burned, and the chief of police says they were inundated with 911 calls from the biggest incident in at least 25 years.

The chief says one of the most chilling came from the friend of the man who allegedly crashed and caused the explosion.

The call went on for about 60 seconds. The Melvindale police chief said while it appears no one was on the call, an officer was listening the entire but, but he was also on the radio trying to get emergency crews to the scene.