Active storm track on the way 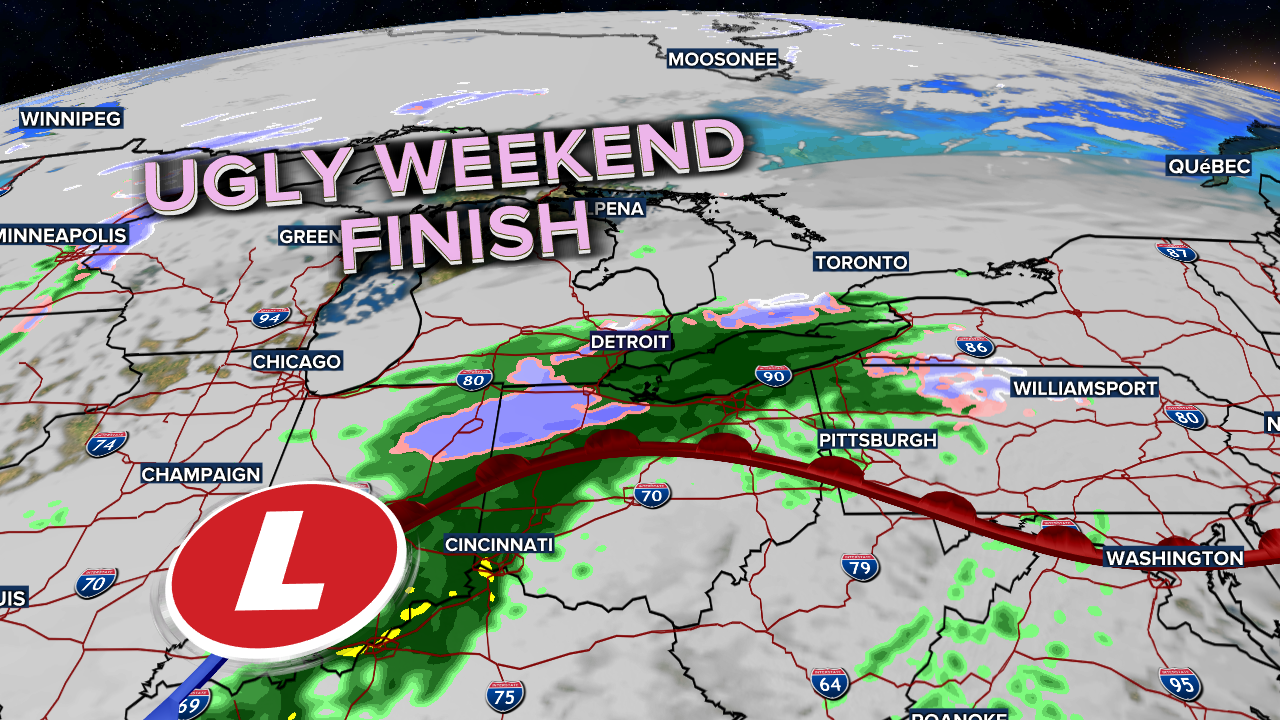 An active pattern arrives for the Ohio River Valley and Great Lakes regions and it all starts this weekend. Three storms will bring a few chances of rain and snow to Metro Detroit and will keep our temps below normal for most of the week.

The path of these systems will call into question the availability of cold air. This means rain is expected to be the dominant precip type with snow mixed in at times depending on timing of the storm. In other words, an overnight or early morning storm has the best chance of bringing accumulating snow since that's when temps will be coldest.

The only storm in question is the one during Thanksgiving Weekend. Timing will be everything with this one as well since there will be a colder air-mass present. What's in question is whether the cold air will be “fast” enough to reach Metro Detroit before the moisture arrives from the south. If so, this would be our best chance of measurable snowfall this upcoming week.

The Next Two Weeks

Temps are expected to stay above average over the next week or so, which will make "impactful" snow accumulation heading into December harder to come by.