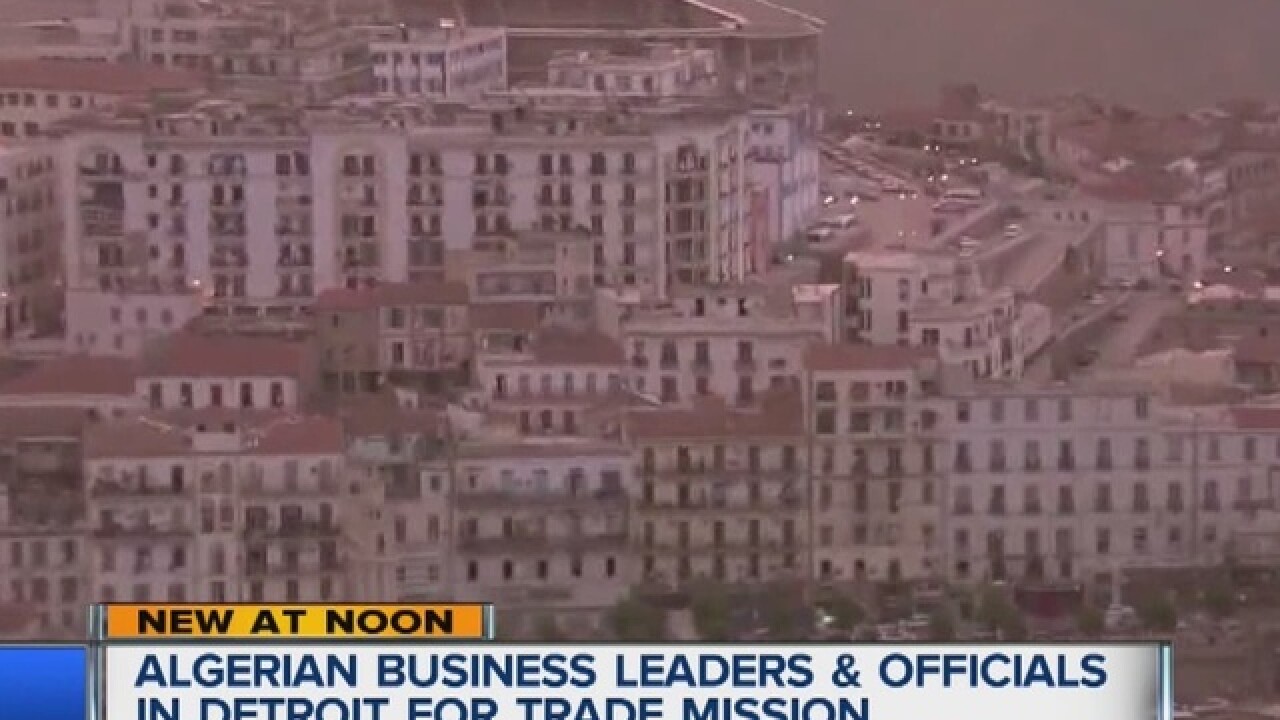 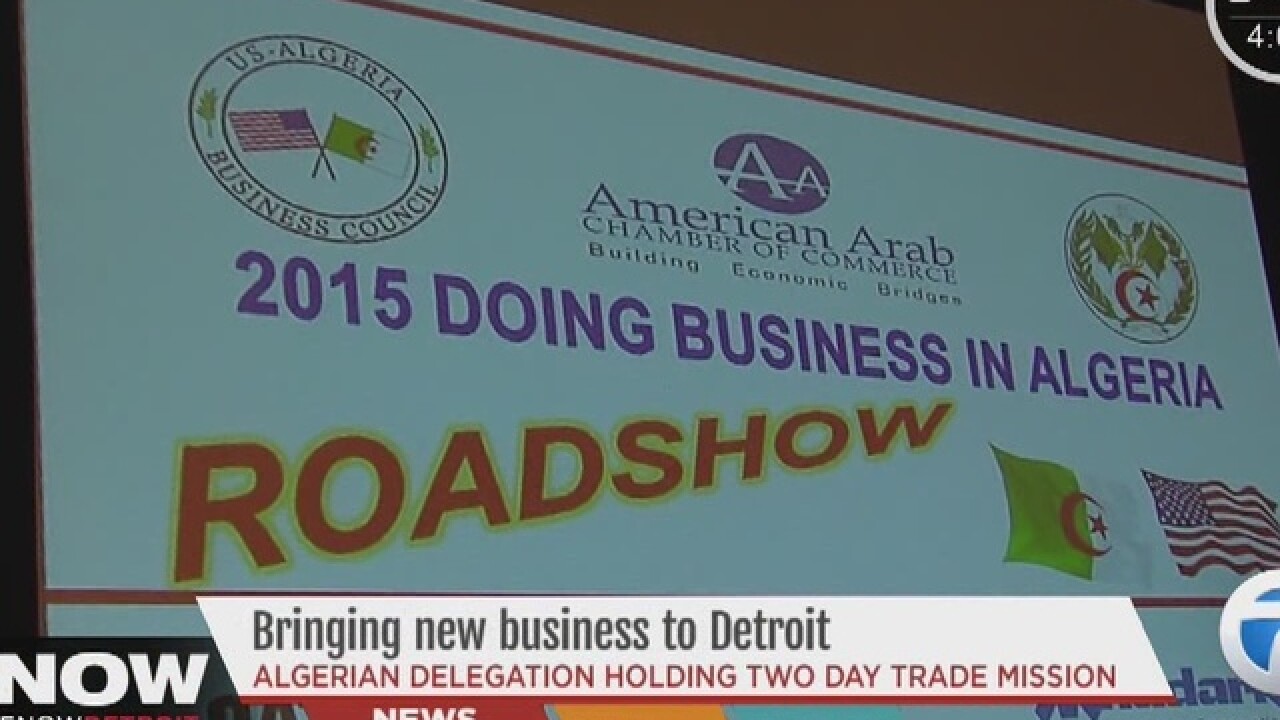 It is the largest show of support from a powerful country.

A host of business leaders and elected Algerian officials are here in Detroit for a two-day trade mission.

Their visit kicked off this morning with a pitch from Detroit Mayor Mike Duggan.

The two day visit is being called the "2015 Doing Business in Algeria Road Show." Their focus is on building economic bridges and forging relationships with The Big Three.

Algeria is known in Africa as an industrial powerhouse. Their economy has emerged over the years as one of the best in supporting U.S. trade.

The American Arab Chamber of Commerce headquartered in Dearborn served as host for the delegation. They worked alongside the US-Algeria Business Council and the FCE, the Embassy of Algeria in Washington DC, the Corporate Council Africa and the US Embassy in Algiers.

Presented by: The American Arab Chamber of Commerce, along with US-Algeria Business Council and the FCE, the Embassy of Algeria in Washington DC, the Corporate Council on Africa, the US Embassy in Algiers

WATCH THE FULL REPORT IN THE VIDEO PLAYER ABOVE.