First On 7: Couple seen in viral video pointing gun at family 'feared for their lives;' family attorney says there was no threat 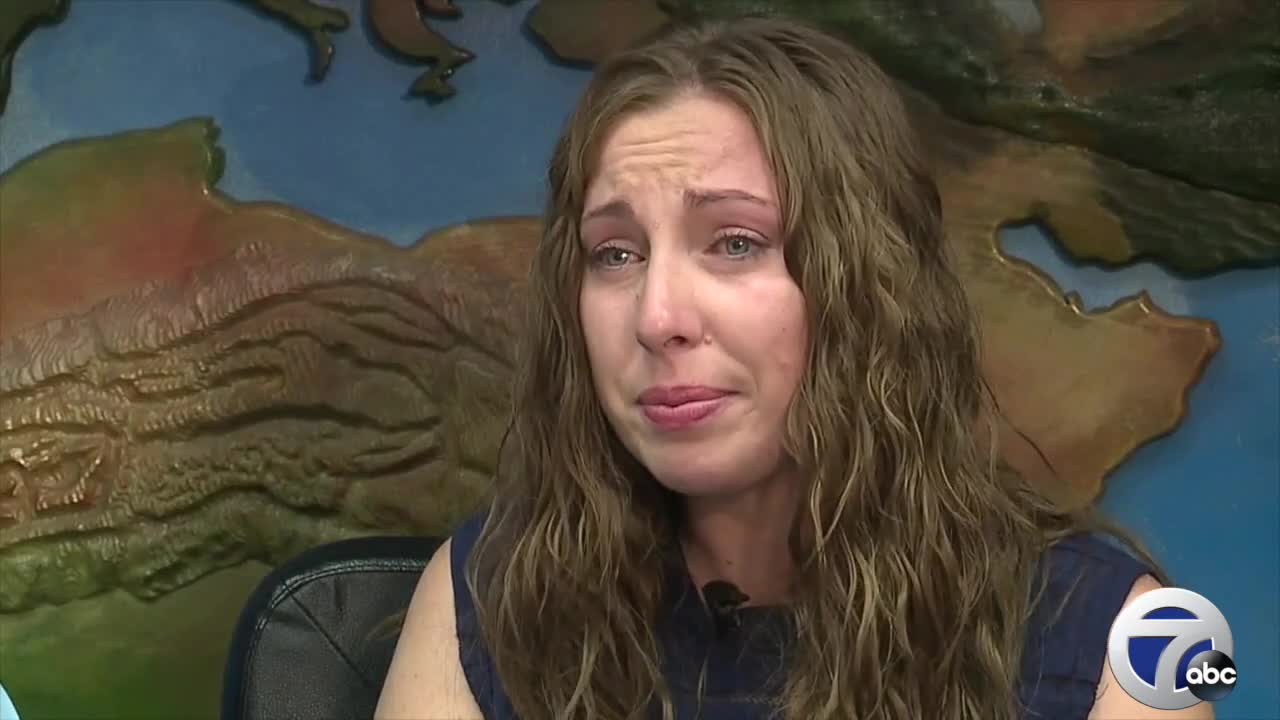 Only On 7: Full interview with couple charged with assault in viral Orion Twp. confrontation 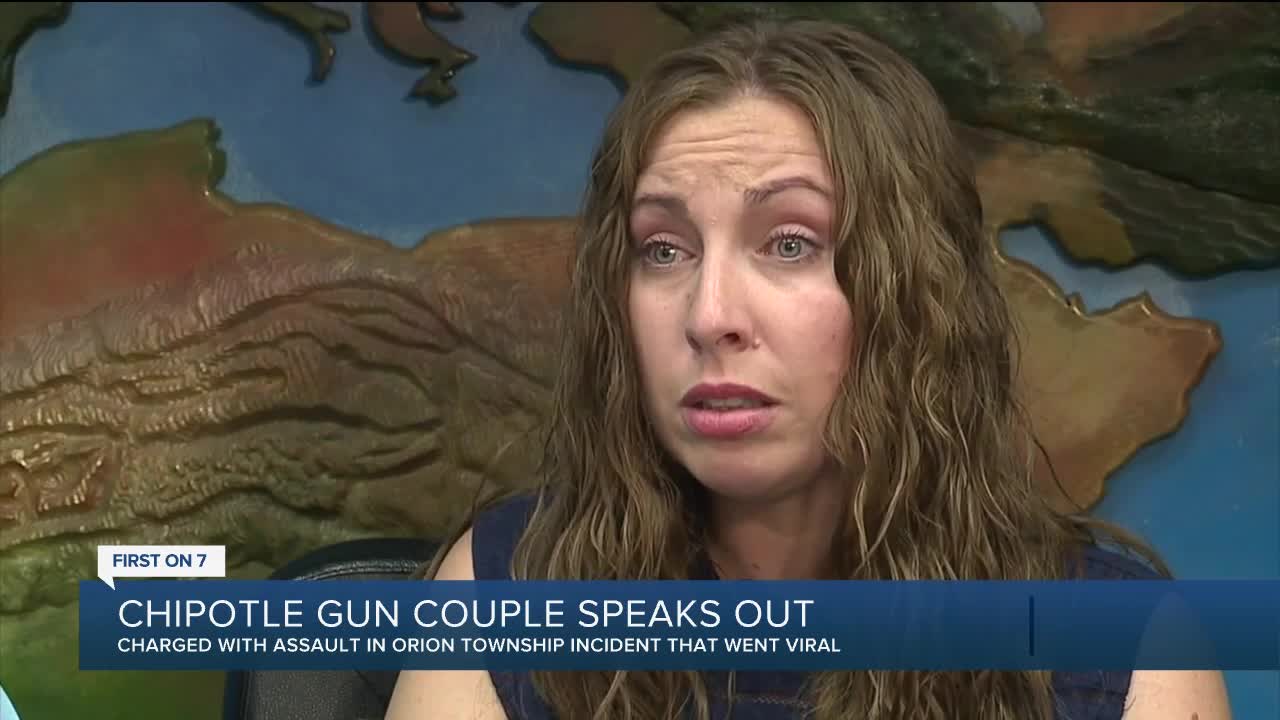 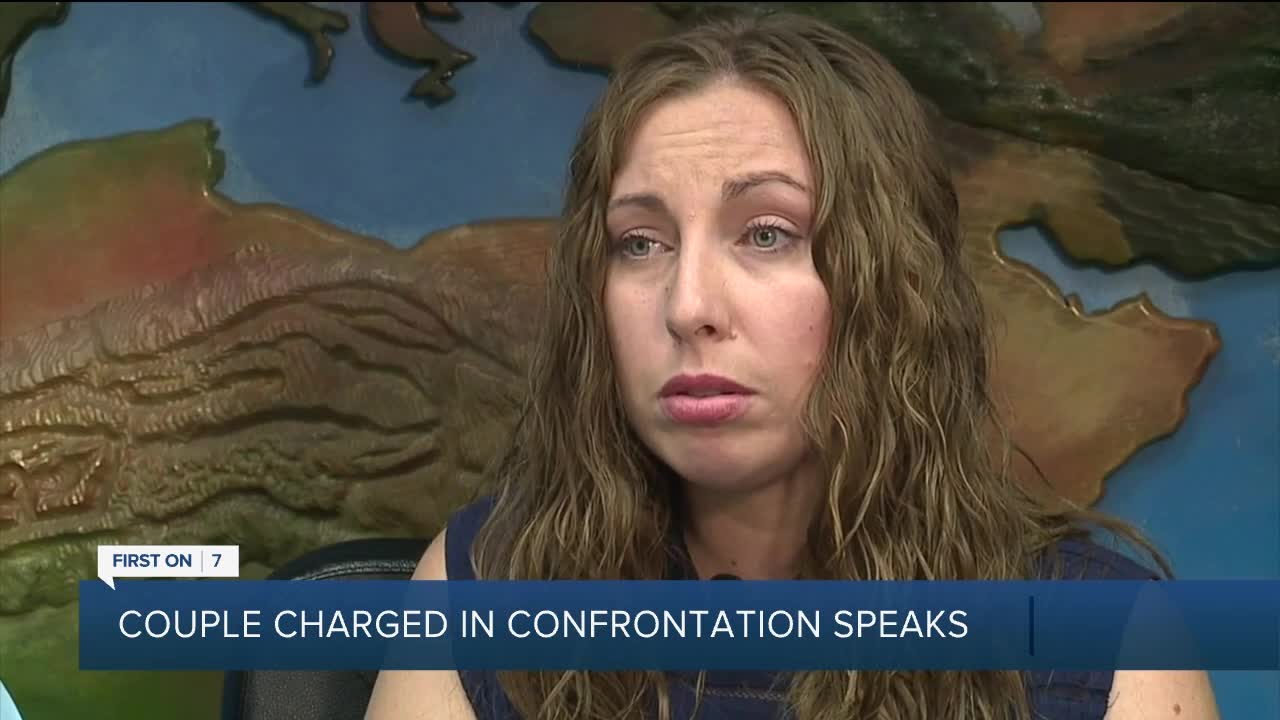 (WXYZ) — A woman who made national headlines for pulling a gun during an argument with a Black woman and her daughter said she did it because she feared for her life.

However, the family's attorney says in order for that to be a defense - it has to be reasonable.

Jillian Wuestenberg and her husband, Eric Wuestenberg, spoke out for the first time to 7 Action News.

The couple has been charged with felony assault.

The altercation occurred in the doorway of a Chipotle restaurant on Baldwin Road in Orion Township.

Jillian was leaving with bags of food for her family of six; Takelia Hill and her two daughters were coming in when her 15-year-old daughter said she was bumped.

The video that is now viral shows the subsequent confrontation that occurred between the Hill family and the Wuestenbergs, where Jillian said the Hill family blocked her from her car until her husband Eric stepped in.

The couple said they were blocked, trapped and in fear.

Jillian described the video as "hard to watch."

"It’s scary," she said. "The more I see it the more I realize I’m more afraid of that situation now than I was then."

"Within moments, a second or two, I had multiple people within two feet of me and I just remember thinking, 'I am not going home tonight,'" she said while crying.

"So, you felt like you had no choice but to pull the gun?" 7 Action News Reporter Jim Kiertzner asked.

"I grew up around lots of handguns, lots of rifles," Jillian said. "They are just everyday part of life. It was just something that was there."

"That meant I am about to die and I don’t want to die," Jillian said.

Christopher Quinn, the attorney for the Hill family, said the family is glad to see charges filed against the couple because they believe what happened was felonious assault.

Quinn also said the Hill family did not block the Wuestenbergs from their car.

"She was able to get into the vehicle," Quinn said. "They were able to drive off. They didn't choose to drive off. They actually almost hit my client with their van. And then jumped out like Bonnie and Clyde with guns pointed at them. They were going to make sure it was understood they were the ones in charge."

While Quinn said his clients perceived it as a show of power — the Wuestenbergs said they feared for their lives.

Quinn says in order for that to be a defense - it has to be reasonable.

"I don’t believe that the threat, the perceived threat, was realistic because one group of people were armed and the other was not," he said.

Quinn said his clients are traumatized at having had a gun pointed at them over an argument about bumping into someone in a doorway.