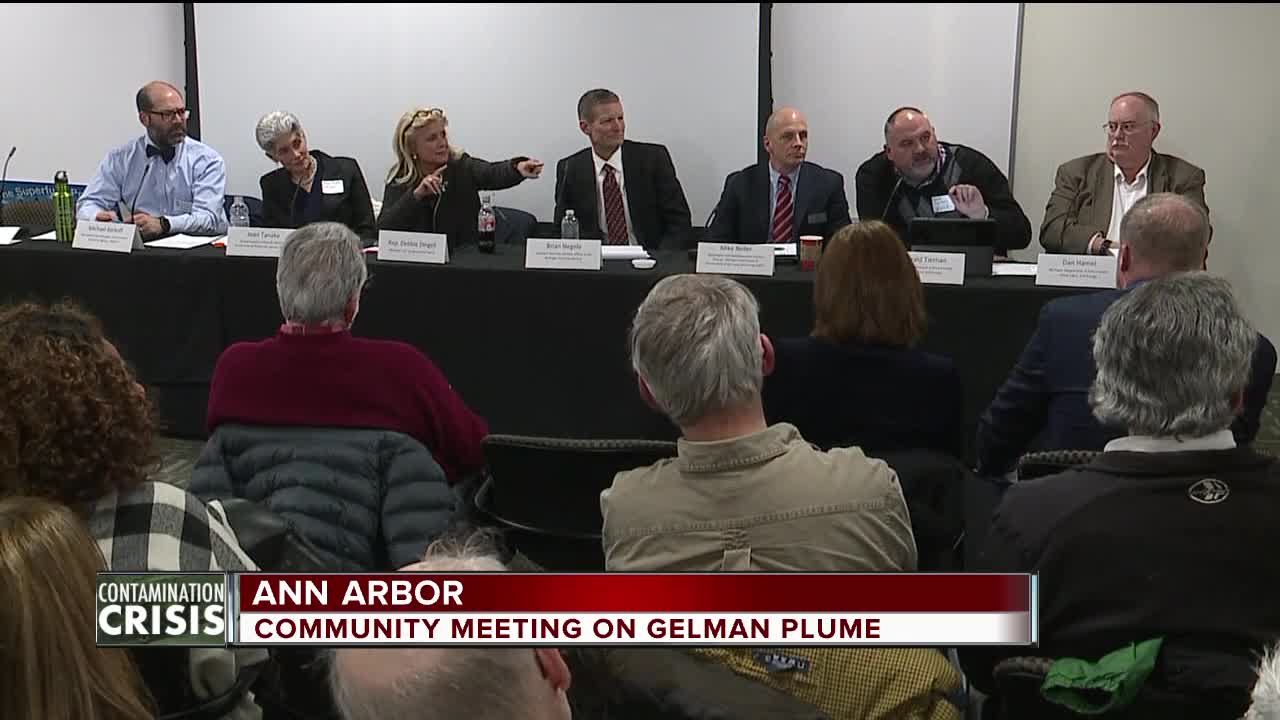 ANN ARBOR, Mich. (WXYZ) — A large crowd showed up for a community meeting Thursday night in Ann Arbor about a longtime toxic threat.

Gelman Plume is made up of the compound dioxane, which has been slowly spreading underground.

In the 1960s, the Gelman Plant in Scio Township discharged dioxane at its Wagner Road property, causing it to seep into soil and groundwater.

The Environmental Protection Agency considers the compound a cancer risk to humans; there are also concerns the plume will contaminate the city's drinking water.

Michigan Congresswoman Debbie Dingell is calling for the contamination to be cleaned up.

State environmental leaders say they are monitoring the situation – they do not believe there are any unacceptable exposures associated with the plume.