Ann Arbor Street Artist: 'If you stare at it long enough, is going to show you what it wants to be' 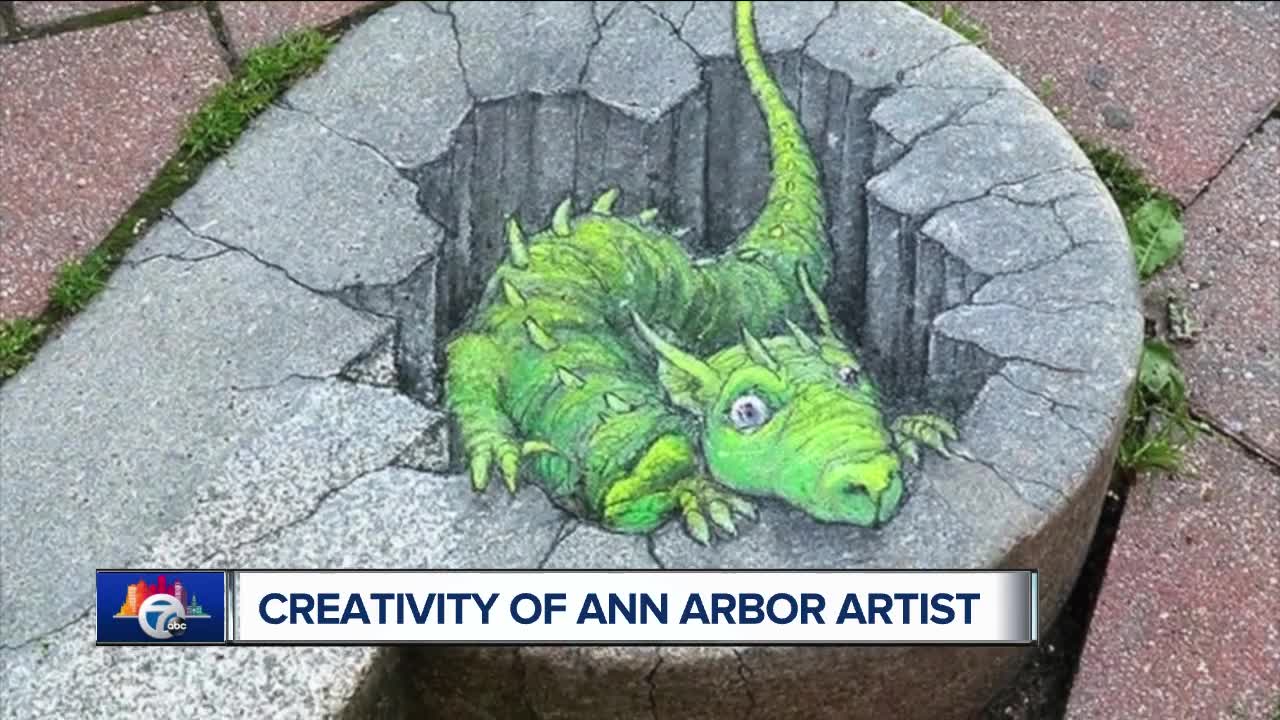 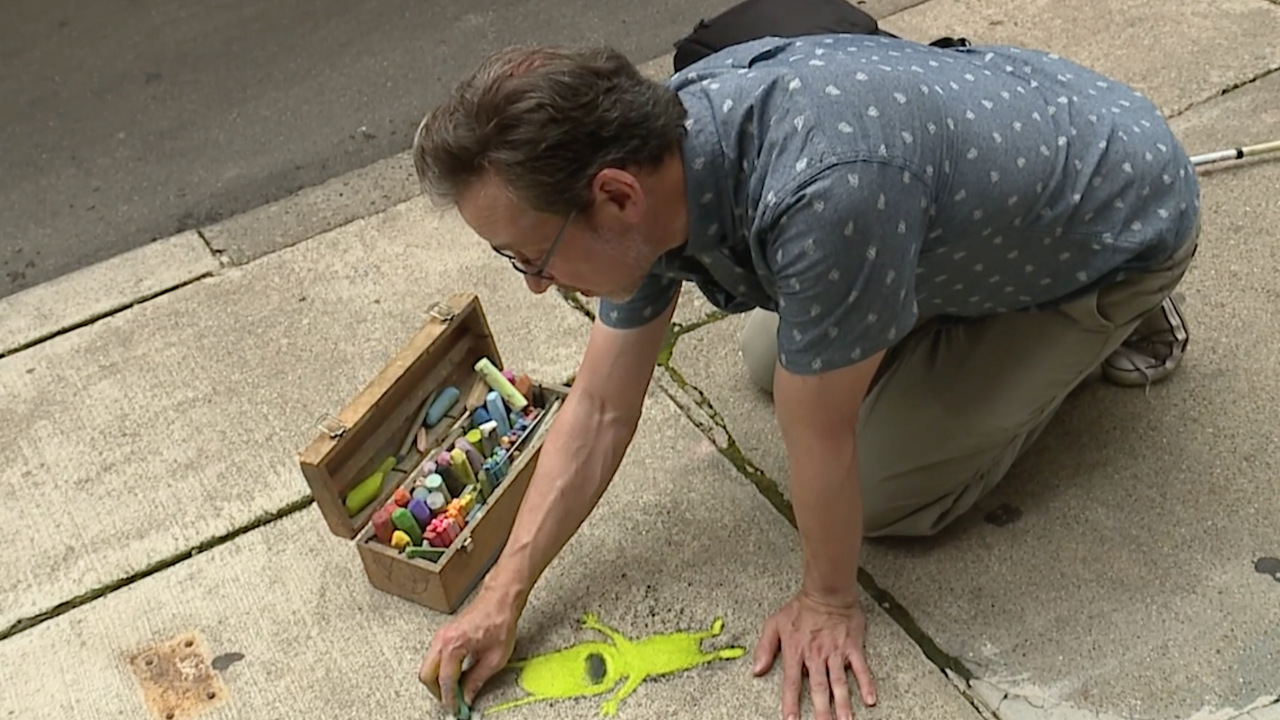 Zinn uses chalk, charcoal and found objects to create animals with a 3-D illusion on a flat surfaces such as walls and sidewalks.

Most of his art is about the size of an I-Pad and easy to miss, and it disappears with one rainfall or snowstorm.

“I’ve drawn over a thousand things on the sidewalk and there’s no way they would all fit in my house,” said Zinn. “So, it’s all for the best, they washed away.”

Zinn grew up in Ann Arbor, went to University of Michigan and made Ann Arbor his home.

“To be fair and honest, when I started drawing on sidewalks, it was a shameless act of procrastination,” said Zinn, who started his career as a commercial artist making everything from business logos, theatre posters to corporate calendars.

Zinn doesn’t plan his art, it happens organically. Going out on an adventure with Zinn, is never planned, like when he spontaneously drew one of his favorite creatures, Sluggo on the sidewalk.

“So there’s always a piece of gum that someone dropped or a crack in the sidewalk or a weed growing out of the sidewalk and if you stare at it long enough, is going to show you what it wants to be, and then you just make it happen” said Zinn as began to create Sluggo.

Though most of the Zinns’ art washes away, he has three permanent pieces in downtown Ann Arbor: the flying pig nestled in the wall, the aquarium wrapped around this electrical box and the biggest---a Gene Kelly replica.

And if you stand in the right spot—you can see how his found object was the lamppost.

It sits on the street surrounded by the post office, the library and the bus stop. It faces the opposite way of a one-way street, so you need to be on foot to see it.

Though Zinn does most of his art in and around Ann Arbor, he has been commissioned to do work in Taiwan, Sweden, France and Germany.

“The biggest challenge is flying for 9 or 14 hours to get to the other side of the world and then getting down on the ground and realizing that the sidewalk there looks exactly like the sidewalk here,” said. Zinn.

Ann Arbor is fortunate to have such an icon right here to sharing his passion to create right here in town.