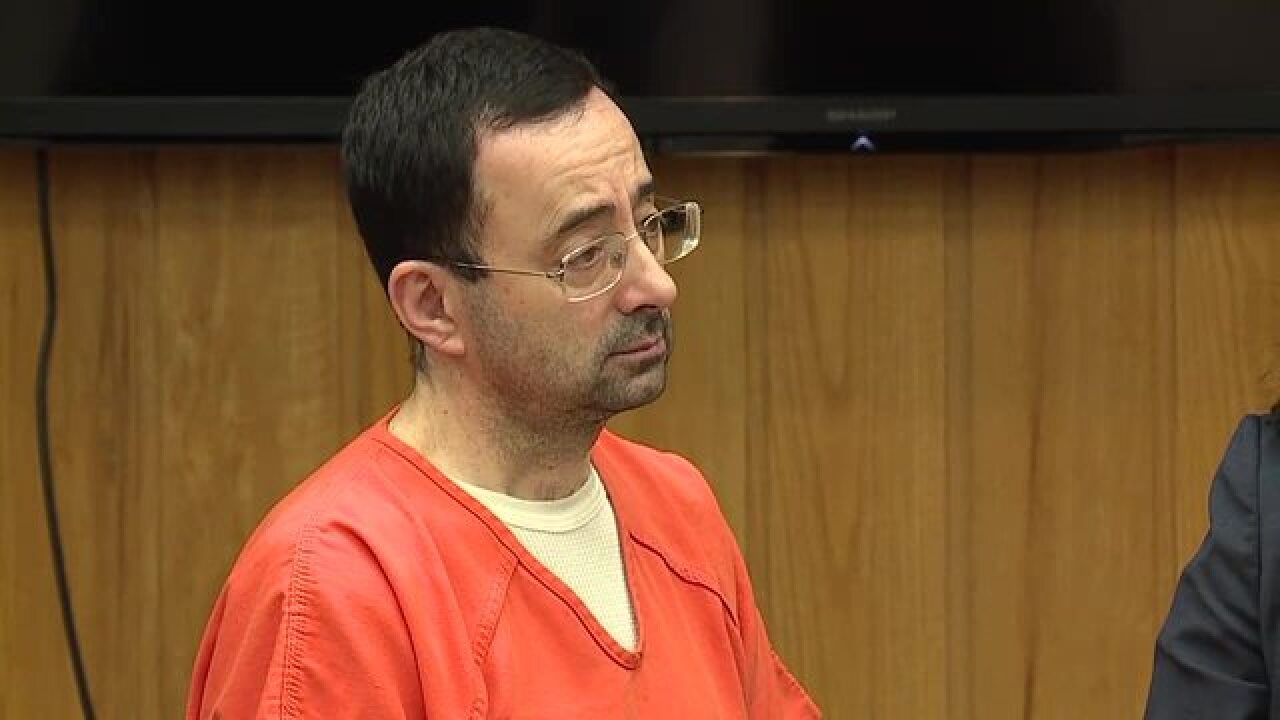 A disgraced sports doctor who has admitted to sexually assaulting female gymnasts, including Olympians, and possessing child pornography returned to a third Michigan court this morning for yet another guilty plea.

Larry Nassar is charged with molesting girls with his hands at Twistars gymnastics club in Eaton County. He pleaded guilty to three counts of criminal sexual conduct just a week after a separate guilty plea next door in Ingham County.

Nassar, 54, has dropped his claim that he was performing legitimate treatment for girls and young women who had hip and back pain. He worked at Michigan State University and at Indianapolis-based USA Gymnastics, which trains Olympians.

"I'm so horribly sorry that this was like a match that turned into a forest fire out of control," Nassar told a judge last week.

More than 100 women and girls are suing him.

The criminal cases against Nassar followed reports last year in The Indianapolis Star about how USA Gymnastics mishandled complaints about sexual misconduct involving the doctor and coaches. Women and girls said the stories inspired them to step forward with detailed allegations of abuse.

His sentencing in the Eaton County case is set for January 31.