Another messy weekend ahead 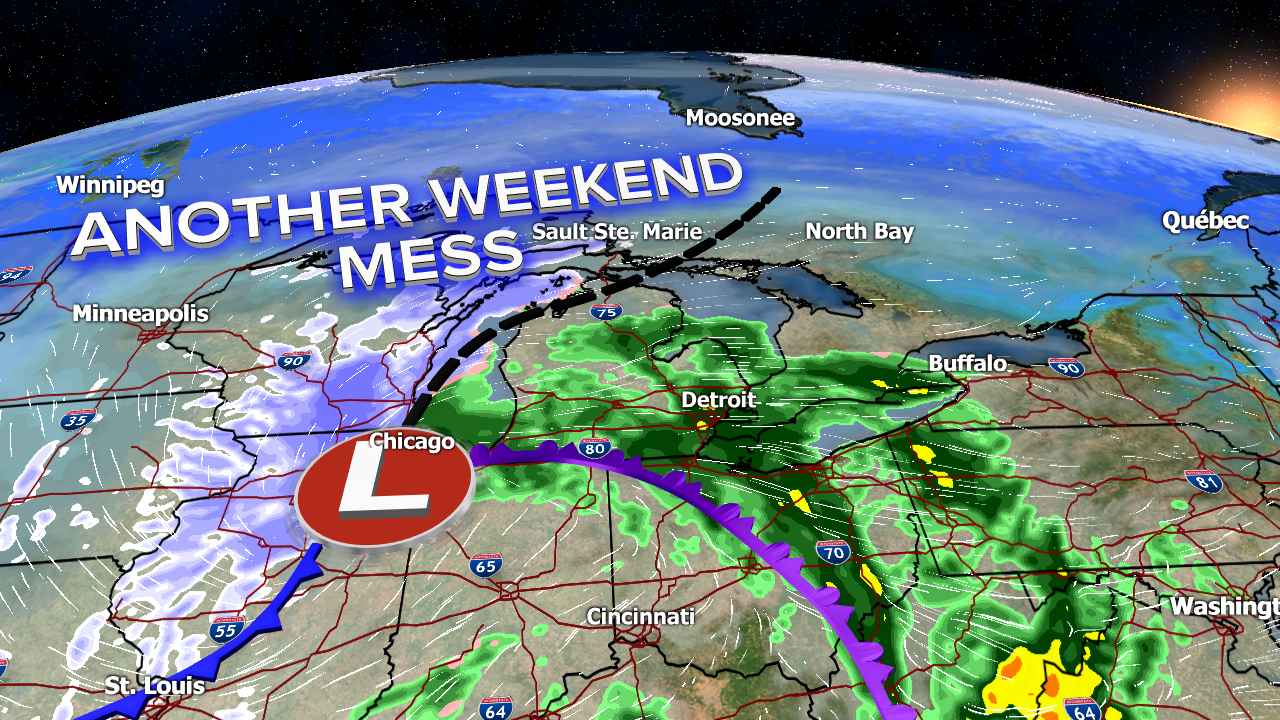 Another weekend and another storm taking aim at Metro Detroit and this time around, we’re expecting a few things to work in our favor leading to minimal impacts as compared to the last two storms. If there is any cause for concern, it’ll be during the nighttime hours after sunset when temps are expected to drop the most. If the timing of the rain lines up with nighttime hours, then snow and freezing rain or drizzle could be a concern.

What are the Concerns?

Admittedly, some "Nowcasting" will go into tracking this storm. Even though its expected to have fewer impacts on us overall, we still have concerns regarding the precipitation type. Since this storm is moving slowly, it'll have varying impacts during the day and night over a two day period. This means the timing of the precipitation will determine what type of impacts we’ll have but here's a breakdown of the latest guidance;

Tonight: Cloudy skies with scattered rain and pockets of drizzle possible. Temps are expected to be near 32 degrees tonight meaning some areas of freezing drizzle could be possible. Take it easy out there on the roads and sidewalks tonight and early Friday morning.

Friday: Friday could start off with some freezing drizzle and snow showers as mentioned above but once temps climb above freezing - rain will become the dominate precipitation type. Once the rain gets going it’ll turn moderate to heavy at times in the afternoon and evening.

Friday night: This will be our best chance of picking up some snow accumulation. This will be dependent on how much moisture is left and the temps going into Saturday morning. Right now it doesn’t appear that much snow will accumulate from this system.

Saturday: A rain / snow mix will be possible Saturday morning until the system pulls away completely towards Saturday evening. Total snow accumulation won't amount to much.