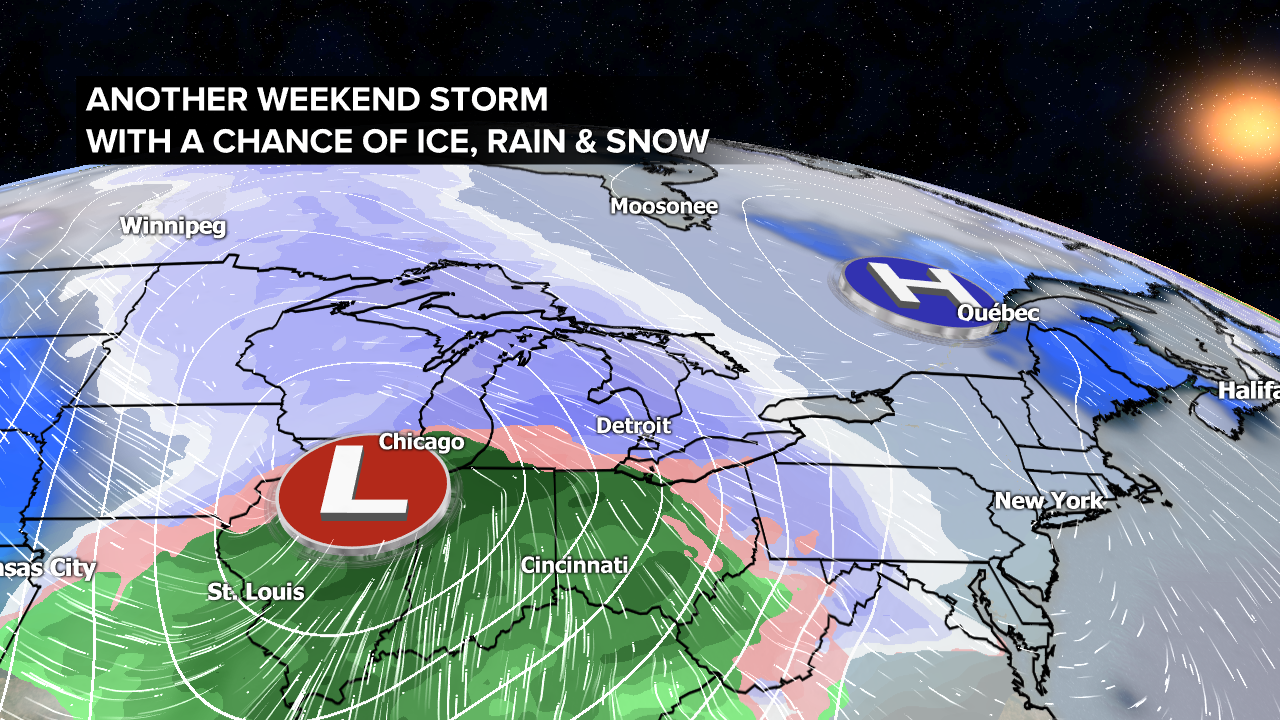 Some areas of Metro Detroit are still recovering from the storm last weekend but it appears another one may be on the way. Surprisingly, this storm has a similar look to it as far as track and intensity goes.

Since we are roughly 4-5 days away, we're within the early stages of Winter storm forecasting. Every model run since this past Saturday has hinted at a potential storm this Friday night into Saturday. Unfortunately, all we know at this time is that it's coming. The details on impacts, precip type and timing won't be known until the next stage of forecasting at 2 - 3 days out, which is Wednesday. One thing I've noticed is that the GFS (American Model) is the colder solution leading to all snow for the Detroit area, while the ECMWF (European Model) starts as snow, ice and sleet before changing over to all rain.

I took a still frame of both models at 1 pm on Saturday. Notice the difference in the temperatures on both models around the transition zone (Pink Line). One of the biggest differences this weekend compared to the last storm is that this one will have colder temps leading up to it, which is a sharp contrast to the storm last weekend.

Regardless of where this storm sets up, we'll keep you up to date as it gets closer. It has a long way to go before it gets here since it's over 2500 miles away.