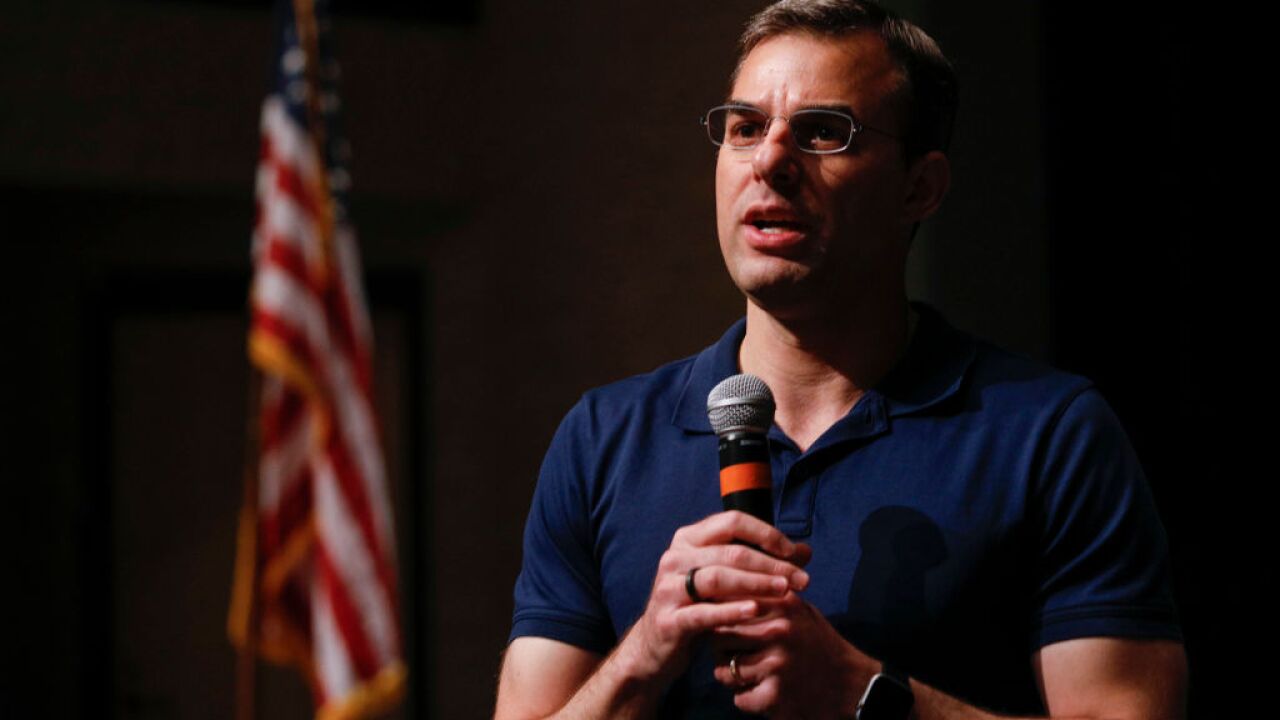 LANSING, Mich. (AP) — Rep. Justin Amash of Michigan said Wednesday he is seeking the Libertarian nod for president because millions of Americans do not feel well represented by either major political party and their standard-bearers: President Donald Trump and presumptive Democratic nominee Joe Biden.

Amash, a Trump critic who left the Republican Party to become an independent and later supported his impeachment, told The Associated Press that too many people vote Republican or Democrat because they do not feel they have any other choice.

“It’s important that we present them with that alternative,” he said. “The first step to moving toward no political parties or all independent candidates is to provide some big challengers to the main two parties right now.”

“The Libertarian Party,” he said, “can be that challenger.”

But third-party presidential campaigns can have unpredictable consequences. In 2000, Ralph Nader’s Green Party presidential bid cost Al Gore crucial support and was a contributing factor in George W. Bush’s eventual win. Hillary Clinton’s 2016 loss, meanwhile, has been blamed in part on the support Green Party candidate Jill Stein picked up in crucial battlegrounds such as Pennsylvania.

Amash was elected in 2010 as part of the tea party wave that toppled Democratic control. If Libertarians select him as their nominee at a national convention currently scheduled for May 21-25 in Texas, he would face nearly impossible odds of winning the presidency.

But Amash argued there is “no clear-cut answer” about whether he would take support from Trump or Biden, especially in closely contested places like his home state of Michigan. Trump narrowly won Michigan in 2016, and Democrats are looking to take back the battleground state in 2020.

“There are millions of people who won’t vote for either one regardless,” Amash said.

If he becomes the Libertarian nominee, Amash will be seeking the presidency at a time when the scope of the federal government is rapidly expanding to respond to the coronavirus. He said he supports a role for Washington to help people affected by the pandemic and the ravaged economy, but said the relief packages have helped the wealthy and well-connected more than the unemployed.

“They were left behind,” Amash said. “My campaign is really about representing those people. I really believe most Americans have fairly Libertarian views on things. They want government to work, and if government at any one level is doing too much or doing the wrong things, it’s not working very well.”

Rather than passing a $2 trillion rescue bill that backstopped certain industries, Amash said the government should have provided a monthly cash payment to all Americans.

“It still would have been cheaper than what the federal government is doing now, and it would have benefited way more people,” Amash said.

Amash, who became an independent last July, said he is running as a Libertarian because it is “very difficult to make headway” without a party apparatus.

Trump on Wednesday tweeted that Amash “would make a wonderful candidate, especially since he is way behind in his district and has no chance of maintaining his Congressional seat. He almost always votes for the Do Nothing Dems anyway. I like him even more than Jill Stein!”

Although Amash said he was confident he could have won reelection to a sixth term in Congress as an independent, he decided it would not have changed the “broken” political system enough.

“My heart is in running for president right now,” Amash said.