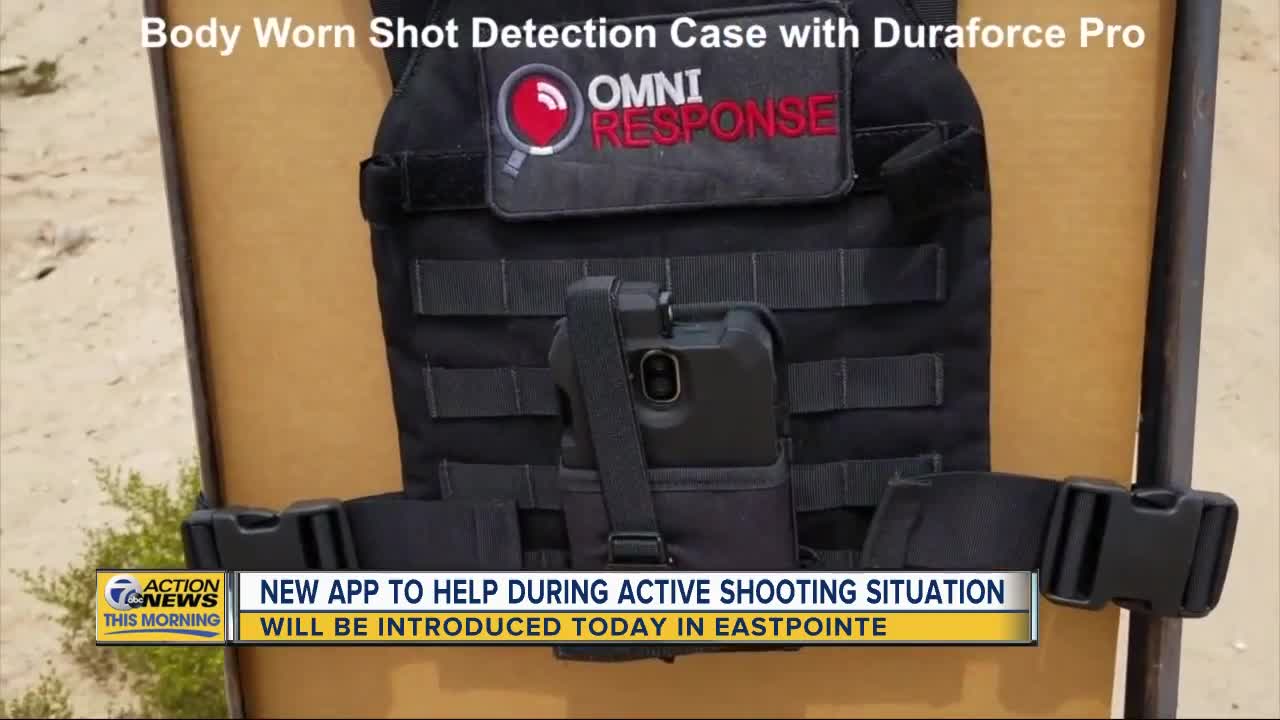 (WXYZ) — A new app for you cell phone – meant to help police during an active shooting situation – is being rolled out today.

It can detect when shots have been fired and take over your phone from there to help police and first responders.

The app can also detect if the person carrying the phone has a health issue and falls down. The makers of the app, Omni Response, tells 7 Action News police can tap into cell phones during a time of crisis – turning the phone into a live webcam with two way audio communication.

The makers of the app says they hope this technology can be used in schools.

"We actually envision instead of giving teachers guns, give them a cell phone with this application. It will automatically notify the police when and if active shooter events happen in campuses, schools, stadiums," said spokesperson Barry Ellentuck.

The app is available now for Androids and Kyocera. It’s expected to eventually come to the iPhone later this year.

Dozens of police departments and prosecutors are expected to an invite-only event in Eastpointe today to learn about this app launching.