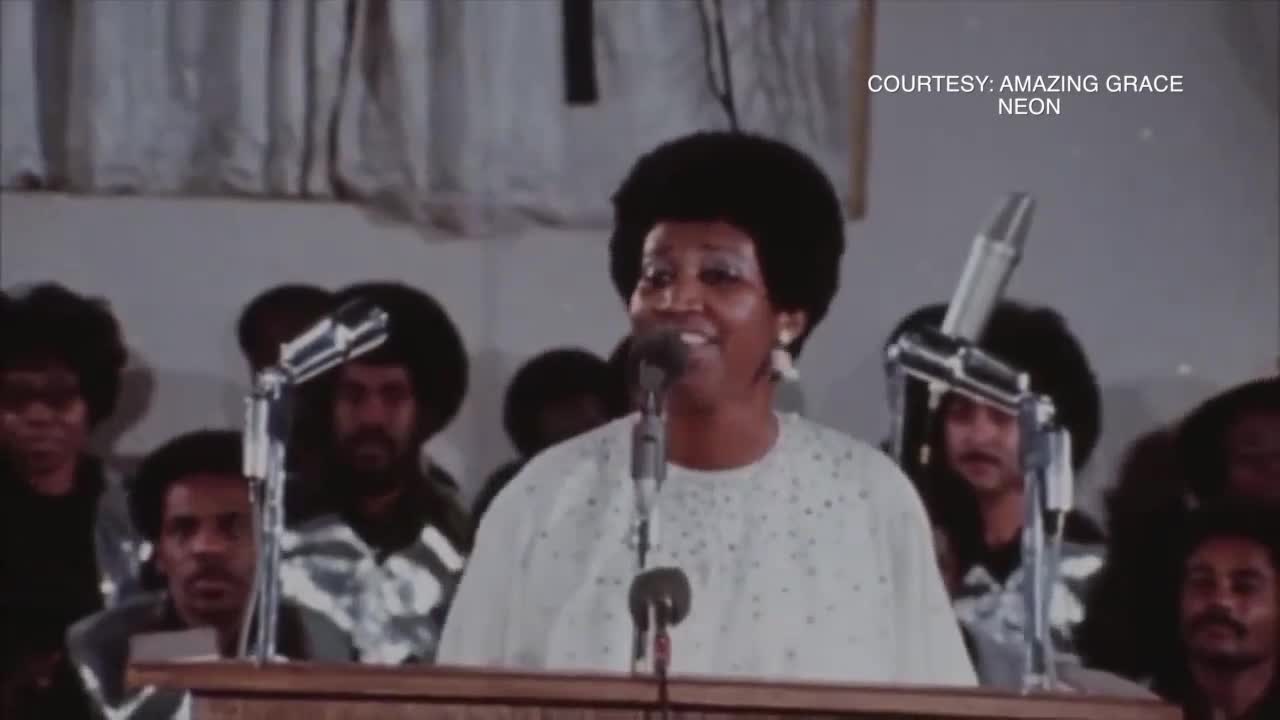 Out of the vault, a never-before-seen documentary film called "Amazing Grace," featuring the late Aretha Franklin's 1972 recording of a full gospel album, now heading to theatres.

(WXYZ) — "Amazing Grace", the documentary of Aretha Franklin's live recording of a gospel album in Los Angeles, is now available on Hulu.

The film was shot in 1972 while Franklin was recording a gospel album in Los Angeles. The footage was planned for release alongside the album, but that never happened.

"There was some quality, sound quality issues. Aretha was always a perfectionist and she wanted her work to be seen in the best light possible," said executive director of marketing for DIA, Christine Kloostra.

Now, almost 50 years later, fans can witness how the gospel magic was made.

"We're really honored to be able to do this for her family, especially here in Detroit," Kloostra told 7 Action News.

Crews are rolling out the red carpet for the private event, and some familiar faces are expected to walk it, including Rev. Al Sharpton and many of Franklin's family members.

Franklin, who passed away earlier this year from pancreatic cancer, would have celebrated her 77th birthday Monday.