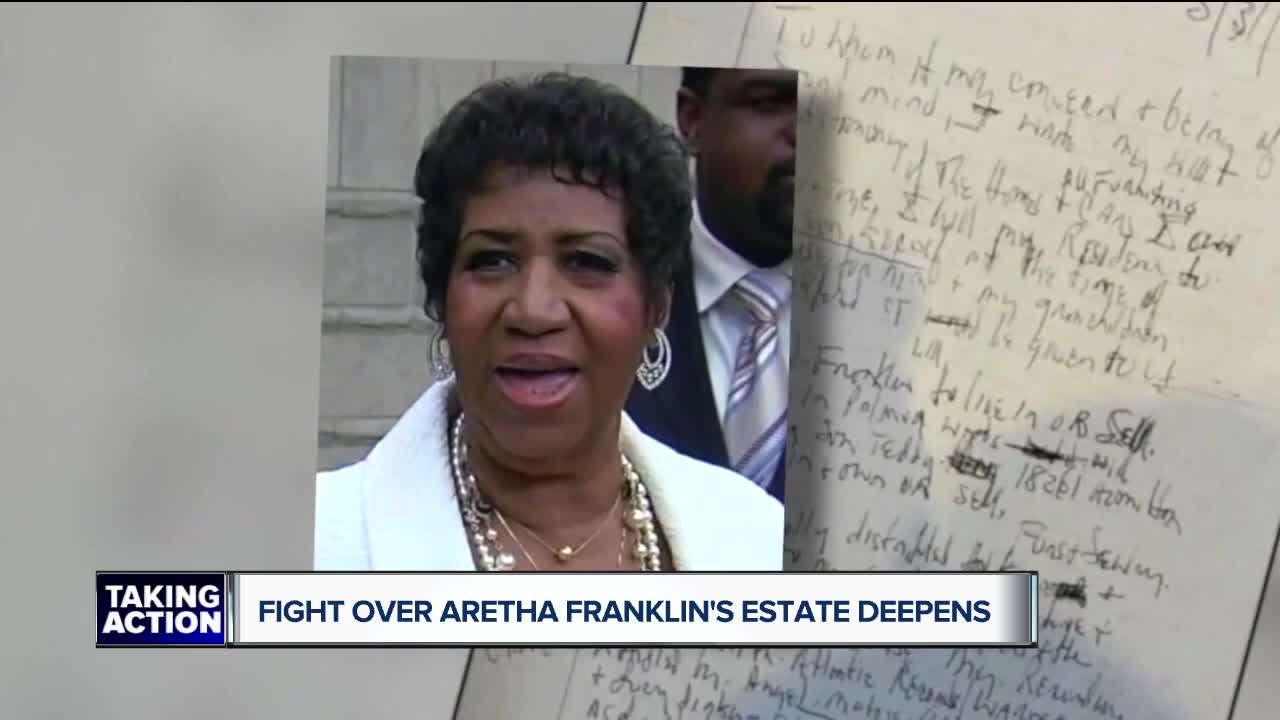 The fight in probate court over Aretha Franklin's estate is deepening.

The probate court controversy all began over a year ago just after the Queen of Soul's death. With no official will left in her name, Aretha’s heirs, had agreed to appoint her niece, Sabrina Owens, as the executor.

But affairs went south after an alleged lack of transparency and negligence in turning financial documents over coupled with allegations that Owens had been impermissibly driving the late singer’s Mercedes Benz.

Late last week, Owens ultimately stepped down saying she hoped it would “calm the rift in my family and allow me to return to personal life.”

Today in court, Charlene Glover-Hogan, attorney for Kal Franklin, asked the judge to grant a hold on funds being disbursed from the estate without prior court approval.

Hogan questioned what she has called “excessive legal fees” to Owens and the estate's attorney, David Bennet, who’s been paid over $390,000 dollars this past year, from Aretha’s estate.

All of it comes, as another huge question looms, over whether three handwritten wills, found in Aretha’s couch cushion last year, will be admissible in court and derermine a new executor. One will, dated back to 2014, suggests she wanted Kal Franklin to take over, but the authenticity of those wills has yet to be determined.

Who now takes over, and how will funds get disbursed?

Those issues were punted to another hearing on March 3rd. As for the question of the handwritten wills, that’s expected to go to trial in September, possibly with a jury making the ultimate decision.