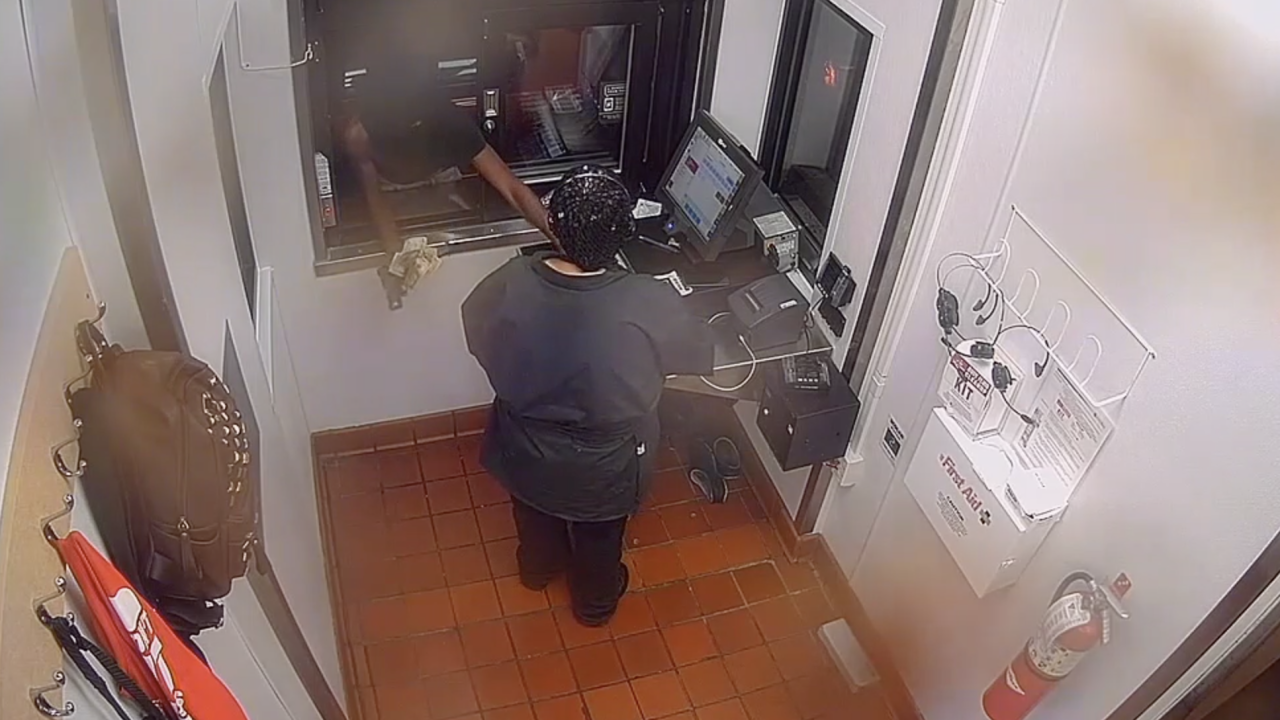 DETROIT (WXYZ) — Detroit police are on the lookout for a suspect who robbed a restaurant in the 17000 block of Harper on Sept. 16.

The cashier handed over the money and the suspect fled on foot eastbound from the location. The red Charged went eastbound on Harper.

Police describe the suspect as a black man with medium complexion. He's 6-feet tall, thin build and in his 20s. The suspect was wearing a dark colored shirt, blue jeans and was armed with a handgun with an extended clip.