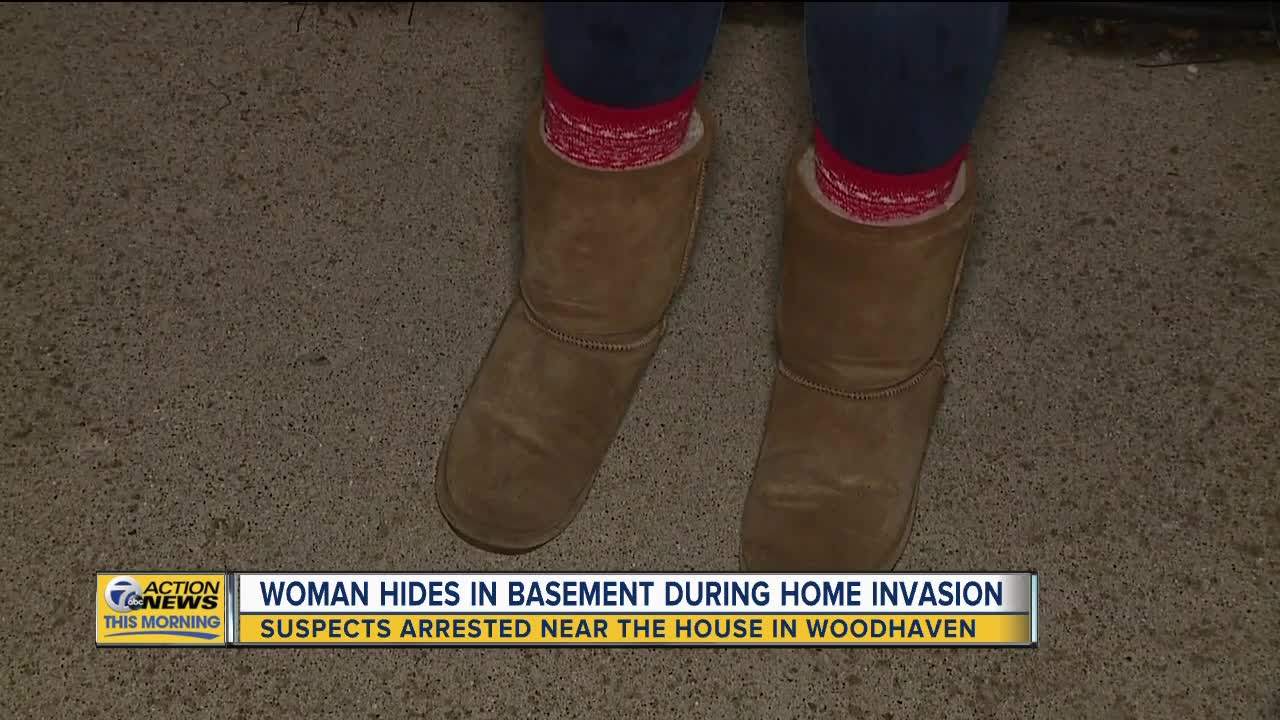 Suspects arrested near house in Woodhaven

(WXYZ) — The two suspects arrested in a Woodhaven home invasion are expected to be formally charged Friday.

The 21 and 23-year-old men from Detroit will be arraigned later this morning, according to court records.

Just after 7 a.m. Wednesday morning, a woman told police she was home alone and heard people in her house, located in the 25000 block of Reeck Road.

The caller told police she was hiding in the basement and could hear people moving through her home.

Woodhaven police arrived at the home and determined that the suspects ran away. After officers set up a perimeter, both suspects were captured within a block of the initial break in.

Officers recovered all of the items stolen from the home along with the suspects' vehicle, which was seized at the scene.