Many parents love pacifiers as a way to soothe their baby, but the downside is that it often falls on the floor.  A new study finds a particular way of cleaning it can affect a baby’s health.

Many parents love pacifiers as a way to soothe their baby, but the downside is that it often falls on the floor.  A new study finds a particular way of cleaning it can affect a baby’s health.

Question: What are the details?

Researchers from the Henry Ford Health System found parents who suck their child’s pacifier to clean it may be boosting their child’s immune system development.  The study followed 128 mothers who cleaned pacifiers 3 different ways, either by sterilizing it in boiling water, washing it with soap and water or just popping it in their mouth and using plain old saliva.  Now what the researchers found was, the babies whose Moms used saliva ended up with fewer antibodies called Immunoglobulin E, by the time they were 10 months old.  And this is good because these antibodies are linked to the development of allergies and asthma.

The researchers think healthy oral bacteria could be passed through the Mom’s saliva which then affects their child’s immune system.  The study certainly doesn’t prove you can prevent allergies this way.  But it does indicate that microbe exposure early in life can affect immune system development later on in life.

Question: So is it ok if parents start exposing their babies to their saliva as a precaution?

Generally, there’s no harm in cleaning a pacifier by sucking on it.  It’s similar to how a parent shares saliva via a fork, spoon, straw, or cup.   But I would advise against it if a parent has herpes, mono or strep because they are all very contagious.  You also need to be aware of the potential of spreading bad bacteria and other germs like the cold or flu.  Also I wouldn’t clean a pacifier with your mouth if it falls onto surfaces that aren’t very clean.  I would instead advise you to clean the pacifier very thoroughly using use soap and water, or the dishwasher if it’s dishwasher safe or by boiling it.

This week on the Dr. Nandi Show, of the 100 billion plus people that have been born on this planet, only a few have ever lived past the age of 110.  So why do people in certain parts of the world live so much longer than the rest?  Dr. Nandi sits down to discuss this with experts on human longevity. Jason Prall talks about the Human Longevity Project. Holistic Heart Doc, Joel Kahn discusses the importance of cardiac health. And billionaire philanthropist, Naveen Jain examines the role technology will play in helping us live a long and healthy life. Tune in this Sunday, November 18th at 5 pm for “Will We Live to See 120?” 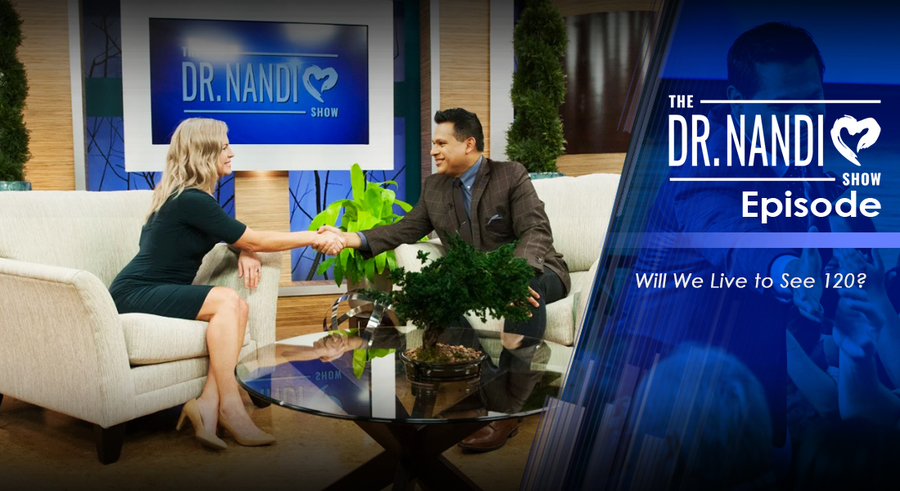