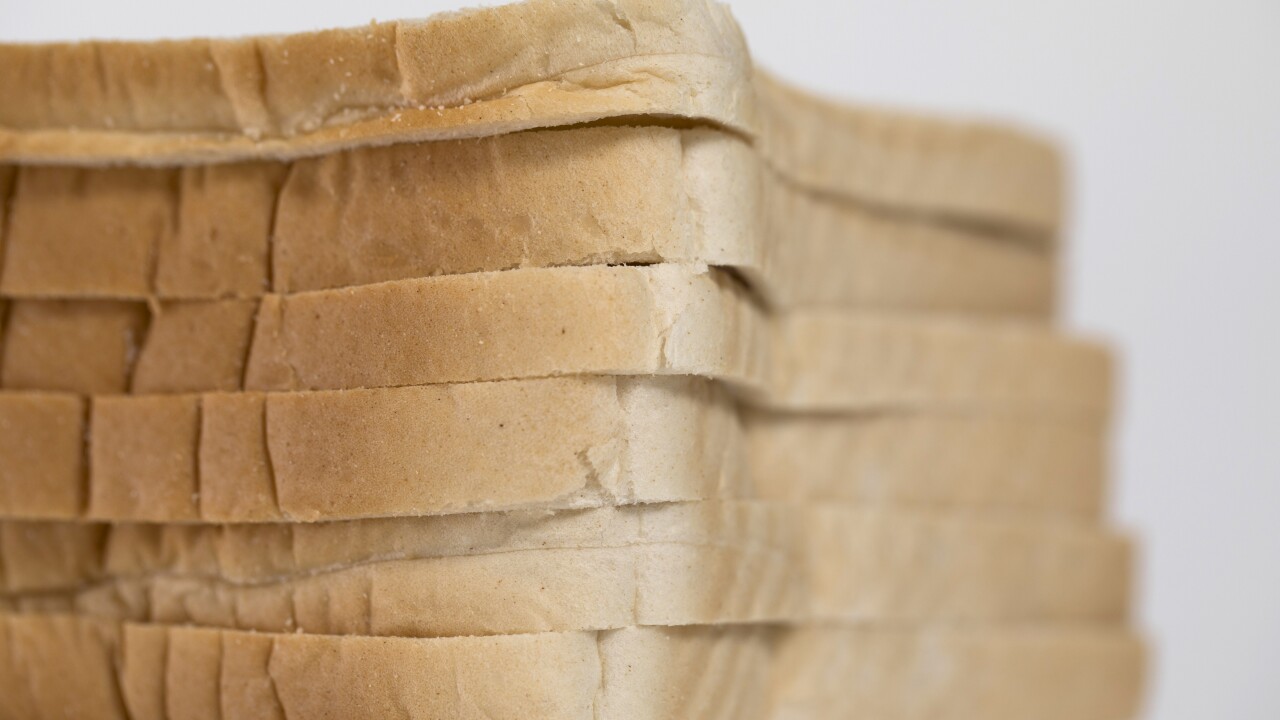 Dan Kitwood/Getty Images
LONDON, ENGLAND - FEBRUARY 16: A photo illustration of a loaf of white pre-sliced bread on February 16, 2018 in London, England. A recent study by a team at the Sorbonne in Paris has suggested that 'Ultra Processed' foods including things like mass-produced bread, ready meals, instant noodles, fizzy drinks, sweets and crisps are tied to the rise in cancer. (Photo illustration by Dan Kitwood/Getty Images)

(WXYZ) — In what’s turning out to be a controversial move the Trump administration is rolling back an Obama era ruling that schools can only serve whole grain foods to kids.

Question: Can you explain the difference between white bread and whole grain bread?

There’s actually a huge difference between whole grain and white, or refined grain, and it all comes down to the way they’re processed. They both start out the same. All grain has three components - the bran, or outer layer; the germ which is the innermost part; and the endosperm - the starchy part in between. When the bran and germ are removed, it greatly reduces the nutritional value of the grain. And with white bread, they typically have sweeteners added, which of course makes them more appealing to kids.

Question: So if the bread tastes better, lasts longer and the kids are more willing to eat it, what’s the problem?

Well, white bread is what we call a nutritional lightweight because many of the important nutrients are stripped away, including one key aspect - fiber. So many children are not getting enough of this vital nutrient. Fiber really helps kids feel full longer because their stomach takes longer to digest it. And refined grains, with their lower fiber content, don’t keep blood sugar levels steady. So kids will feel hungry again much faster than if they ate whole grain bread, and hungry kids have a harder time concentrating in class.

Question: So is this one of the reasons we’re seeing an increase in obesity in America?

It definitely contributes. Remember, these grains are in virtually everything we eat that isn’t a fruit or vegetable. Like cereals, crackers, desserts and pastries - pretty much everything made with white flour. But whole wheat, for example, has folic acid, vitamins B6 and E, minerals like magnesium, chromium and zinc. And it’s also much higher in fiber. Eating whole grains over refined is one of the best-known ways to protect them from potentially life-threatening illnesses like diabetes, heart disease and certain cancers in their future. So in my opinion, it’s a step in the wrong direction to return to offering unhealthy choices in school lunches.

This week on the Dr. Nandi show, “Does Cancer Have to Be Treated Just One Way?”. While we certainly have come a long way in the medical field, there are experts who believe in more than one method of cancer treatment. Joining Dr. Nandi is special guest Chris Wark who shares how he skipped chemotherapy and changed his lifestyle that saved his life. So tune in this Saturday, May 4th at 1 pm to learn alternative ways to help beat cancer.