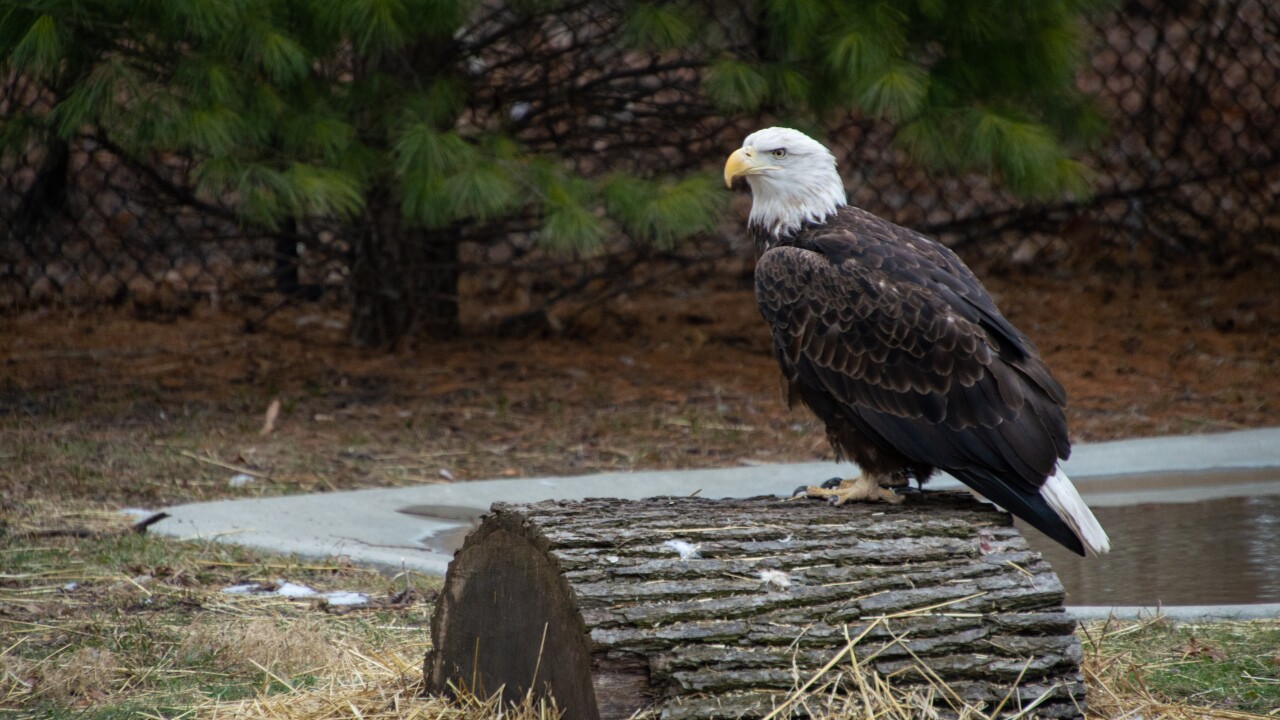 ROYAL OAK, Mich. (WXYZ) — A female bald eagle who is believed to have collided with a train in Monroe County has found a new home inside the Detroit Zoo.

According to the zoo, the bald eagle was found in a Wendy's parking lot in Monroe in October. A week before, someone reported seeing a train and a bald eagle collide.

The zoo said that the eagle suffered a severe wing injury and won't be able to fly again, so she couldn't be returned to the wild after getting treatment at the vet.

“We’re happy that we’re able to offer her a home here at the Detroit Zoo,” Detroit Zoological Society Chief Life Sciences Officer Scott Carter said in a release. “We’re glad to report that she is settling in very well.”

They named the eagle, believed to be around 4 years old – Captain Marvel. She joins two other rescued bald eagles – Flash and Mr. America – in the American Grasslands habitat. Mr. America arrived in 2017 from southern Indiana after flying into a power line and Flash came in 2009 from Kodiak Island, Alaska, after suffering a severe electric shock.

According to the zoo, visitors can identify Captain Marvel by her brighter beak and her head, which has more brown compared to others. THey expect her head to turn completely white in the next year or two as she reaches adulthood.

“Female bald eagles tend to display more assertive behaviors, so she could end up being in charge in the eagles’ habitat,” said Carter.