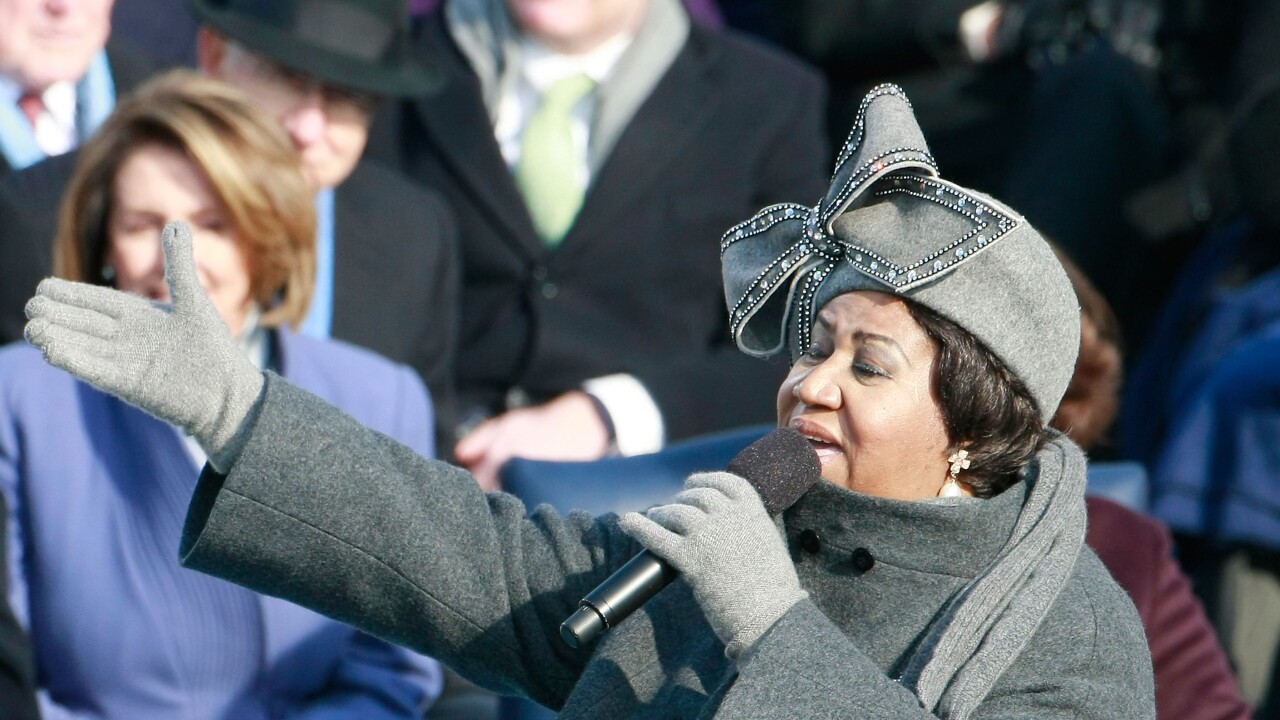 Mark Wilson/Getty Images
WASHINGTON - JANUARY 20: Aretha Franklin sings during the inauguration of Barack Obama as the 44th President of the United States of America on the West Front of the Capitol January 20, 2009 in Washington, DC. Obama becomes the first African-American to be elected to the office of President in the history of the United States. (Photo by Mark Wilson/Getty Images)

Amid the battle for Aretha Franklin's estate, former President Barack Obama has asked for one thing: the silver bow hat she wore to his first inauguration.

According to a report from the New York Times, a judge is conisdering whether some of her personal items can be given as keepsakes to her sons, but also to people like Obama.

In court, though, the sons remain apart. Two of them, Edward and Kecalf, attended a recent hearing, where the judge considered whether to allow a distribution of some personal items as keepsakes to the sons but also to people like Barack Obama, who Mr. Bennett said has asked for the elaborate silver bow hat that Franklin wore to his first inauguration.

The hat, which featured Swarovski crystals and a large bow, went viral after the inaguration. It was designed by the Queen of Soul's close friend Luke Song of Mr. Song Millinery.

“I did not expect that that hat would garner that much attention and notoriety," Song said in an earlier interview with 7 Action News. "I think the weather, the lighting, everything made that hat part of history."

In an interview with Page Six, song said Franklin told him that she wanted her hat to end up at the Barack Obama Presidential Library.

Franklin's estate has been placed under court supervision, meaning that the court will have a role in major decisions about her estate, including the sale of property.