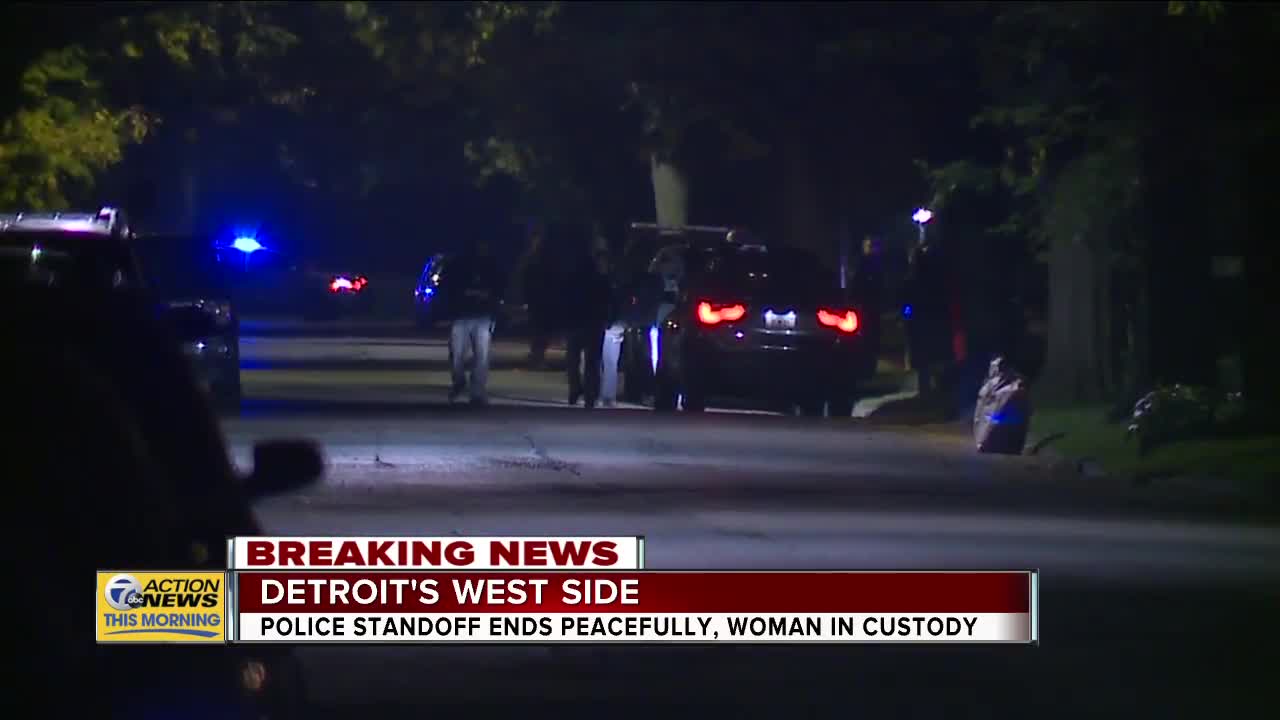 A barricaded situation came to a quick resolution thanks to negotiations between the woman and Detroit police.

DETROIT (WXYZ) — A barricaded situation came to a quick resolution thanks to negotiations between the woman and Detroit police.

According to police, the woman threatened a neighbor with a handgun shortly after 1 a.m. on St. Mary’s near Fullerton on Detroit’s west side. The situation was made more contentious because of a 5-year-old child that was inside the home with the woman who had barricaded herself inside her home and refused to come out.

Police tell 7 Action News that family members showed up and worked with police to ensure a safe ending — the child is now being cared for by a grandparent.

While it’s unknown what led to the argument, and the woman’s decisions to pull a handgun on the family that lived downstairs from her, police explained that initial information indicated there had long been bad blood between the two families.

The woman was taken into custody after being talked out of the home.

#BreakingNews: @detroitpolice talk down female with a gun who barricaded herself inside her home with a 5-year-old child. Nice work, everyone's safe... child is with grandparents. Woman was arrested. Details: https://t.co/I9TcGlnUOS