Be the eyes and ears of your community with Citizens Academies 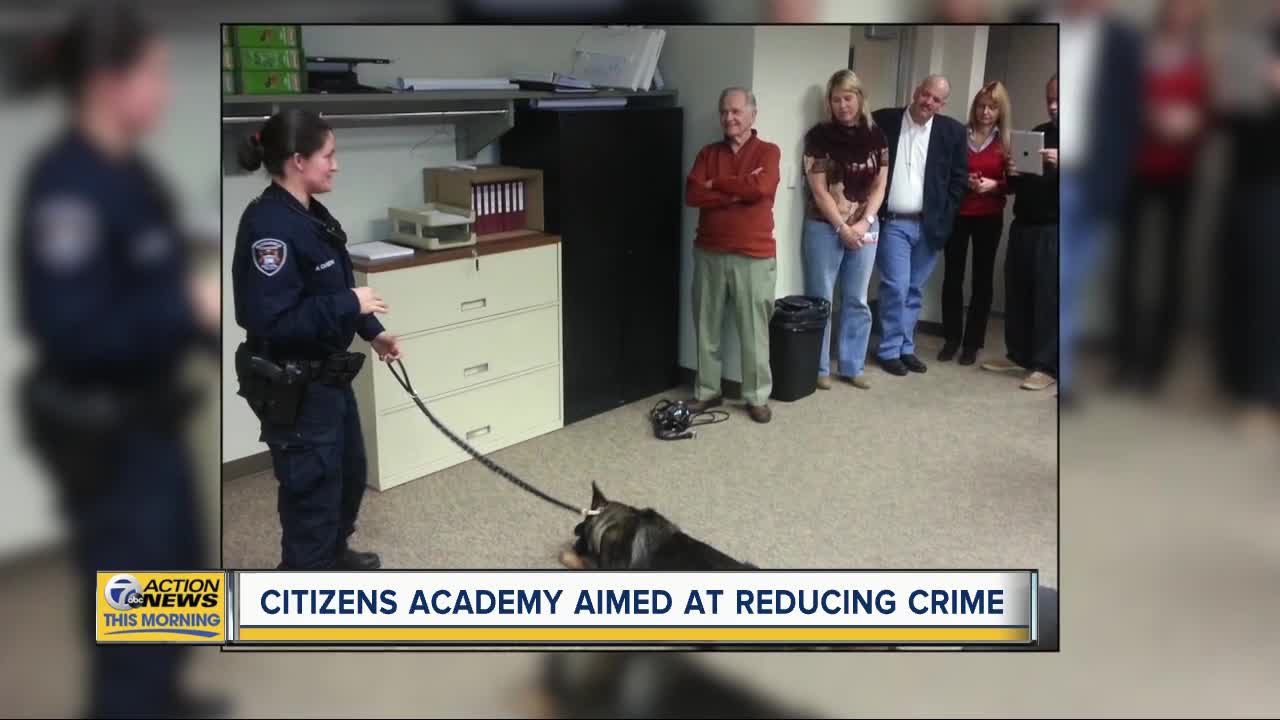 Police departments throughout southeast Michigan are getting ready to hold Citizens Academies.

Some of the topics covered include police patrol, dispatch communication, use of K-9 dogs, traffic crash investigations, equipment police officers use on a daily basis and crime scene forensics.

It’s also a way for community members to learn how to be the eyes and ears of their neighborhoods.

“If you’re not part of the solution, all you get is a band-aid after the fact,” said Ron Mesic.

"Police can respond to a call, if you want to have proactive and preemptive protection you have to be engaged,” Mesic said.

Here is a list of local Citizens Academies happening this summer:

Birmingham Police Department: Runs April 30 through June 3. Classes are on Tuesdays and on some Thursday nights from 6 p.m. to 8:30 p.m.

Warren Police Department: Working on setting up times for late summer now. If interested, call the department at 586-574-4700

Warren Police Commissioner Bill Dwyer says people should contact their local police departments to see when Citizens Academy classes are held. He says if the police department you call does not have one, you should try to talk to the police chief to express your interest.

The Shelby Township Police Department is running its first every Youth Academy this summer. Applications are now being accepted.

Hey, team, do you live in Shelby and have a 5th or 6th grader interested in police work? We are running our first ever Youth Academy this summer, and apps are now being taken! Check it out! (Contact info is below) pic.twitter.com/T3nPssSgZI