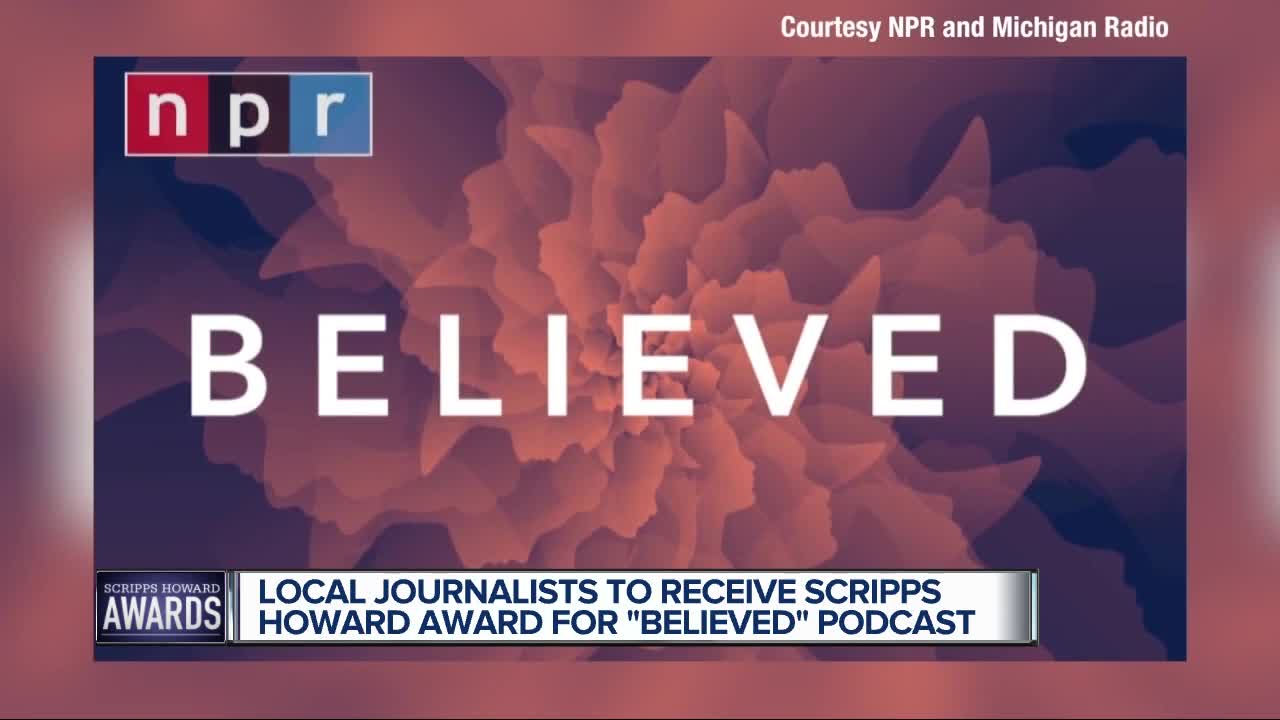 Receiving the prestigious Scripps Howard Award is an honor for journalists. Two reporters who hosted a podcast detailing the Larry Nassar sex abuse scandal have been recognized for their series called “Believed.”

(WXYZ) — Receiving the prestigious Scripps Howard Award is an honor for journalists. Two reporters who hosted a podcast detailing the Larry Nassar sex abuse scandal have been recognized for their series called “Believed.”

We’ve all heard of Larry Nassar and the crimes he committed. We’ve also heard from the victims in court.

Like any story you know the Who, what where and why. But in this case — its the ‘how’.

That’s the premise to the popular NPR and Michigan Radio podcast called “Believed.” In eight episodes - you hear several victim’s tell their story...

“To help these women let you understand how this could happen to you, how you could fall for Larry Nassar,” says host Kate Wells.

Wells and Lindsey Smith host the podcast that debuted in October.

“Because it was starting to get buzz in the beginning in the first and second episodes, we were still really stuck on episodes six, seven and eight,” says Smith.

“The Scripps Howard Award is incredible, it feels incredible and we are so grateful,” says Wells.

The two took a couple of years of research and worked on the podcast for eight months. They say podcasts are unique platforms.

“You listen when you want to and it makes you use your visual imagination in a way that feels very personal, in a way that you don’t get necessarily when you’re just reading the newspaper,” says Wells.

The podcast has become so popular that Kate and Lindsey say they are open to doing a Believed 2. For now, they are celebrating their award which will be presented to them Thursday.