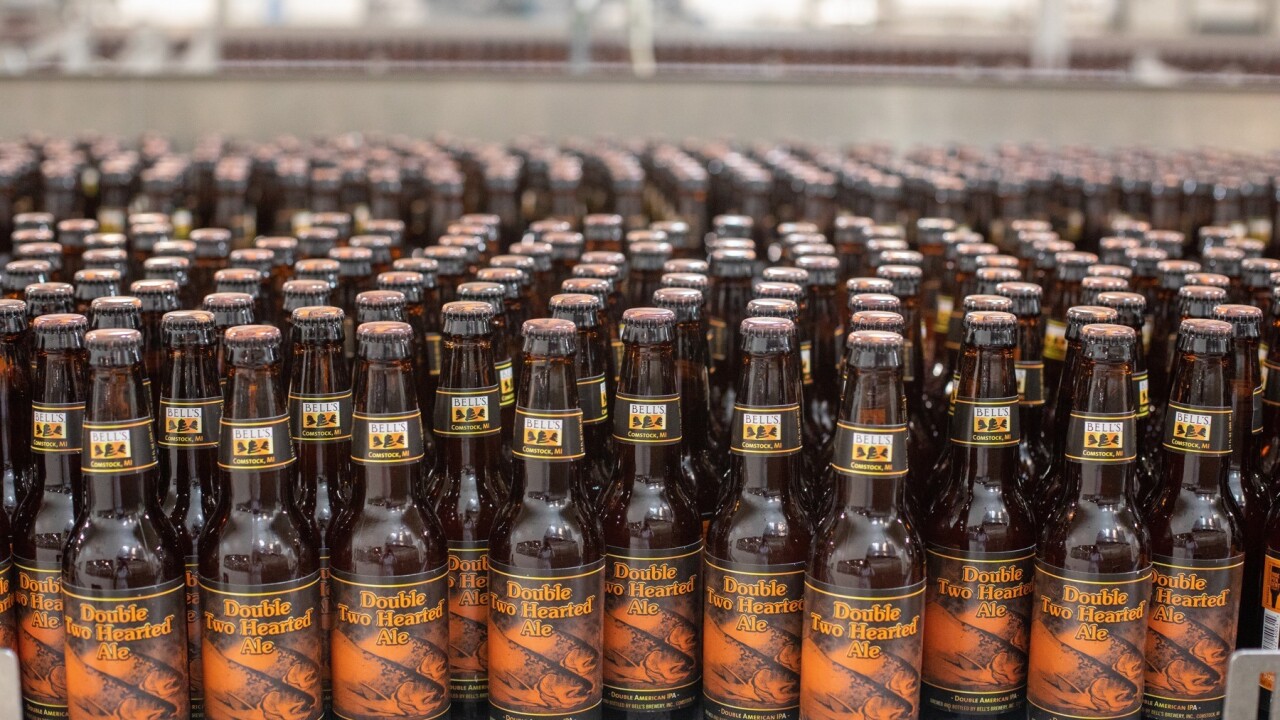 (WXYZ) — Michigan-based Bell's Brewery announced the return of Double Two Hearted Ale and the release of two other double IPAs.

In a video showing off Double IPA releases this year, the brewery said Double Two Hearted will return in August. The beer debuted in August 2019 with much anticipation.

The double-IPA version of the best beer in the country has an 11 percent ABV. It's described as "everything you love about our classic Two Hearted Ale," with 2 1/2 times the amount of Centennial hops and "intense pine and citrus notes, a resinous hop aroma and rich malt character."

Bell's also said Incessant, a double New England IPA, will debut in April. with 8.5% ABV, the beer was released last year as a Bell's General Store exclusive as part of its small batch innovation drinks. It's described as having a "juicy, tropical, mango pineapple hop aroma."

Lampshade Party Ale, a double IPA will return in November. Bell's said the limited released "celebrates a night best partially remembered," with the photo on the label different on every bottle showing a man with a lampshade on his head with a woman.

"This Double IPA is dry-hopped with Australia’s Galaxy and the Pacific Northwest’s new-school IPA hop, Idaho 7. The hop character jumps out at you with juicy aromas of fruit punch, red berry and pineapple. Bitterness is there, but balanced with a nice malt character," they said on the website.

"Feel free to indulge, and if a lampshade comes into play, so be it," they added.