Bell's low-calorie 'Light Hearted Ale' to be released on Jan. 20 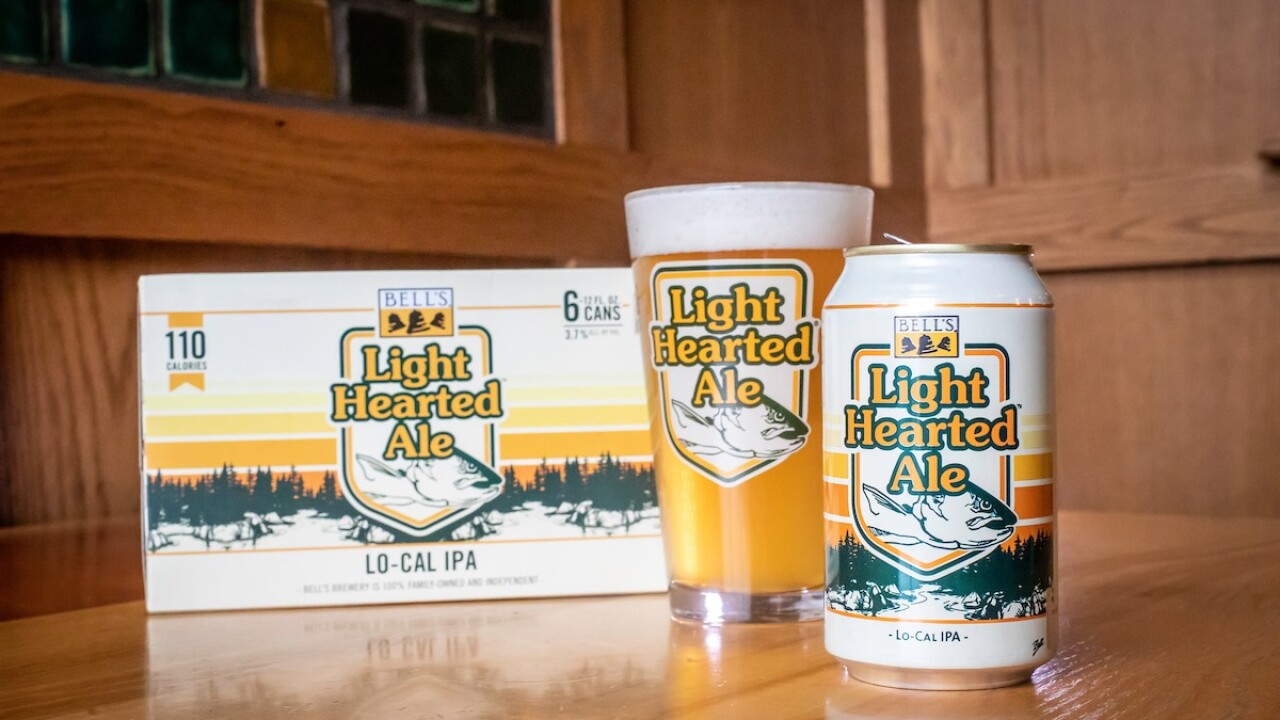 (WXYZ) — Bell's Brewery will release its much-anticipated Light Hearted Ale at the Eccentric Cafe on Jan. 20.

According to Bell's, the low-calorie version of the popular Two Hearted Ale will be on top at the Eccentric Cafe and to-go at the general store starting at 10 a.m.

At only 110 calories, the beer will be available year-round and comes in at 3.7% ABV.

The brewery first unveiled the beer in August, describing it as "all malt, balanced, flavorful, hoppy and only 3.7% ABV."

It's expected to have citrus pine tasting notes, the same as Bell's Two Hearted Ale and Hopsolution Ale.