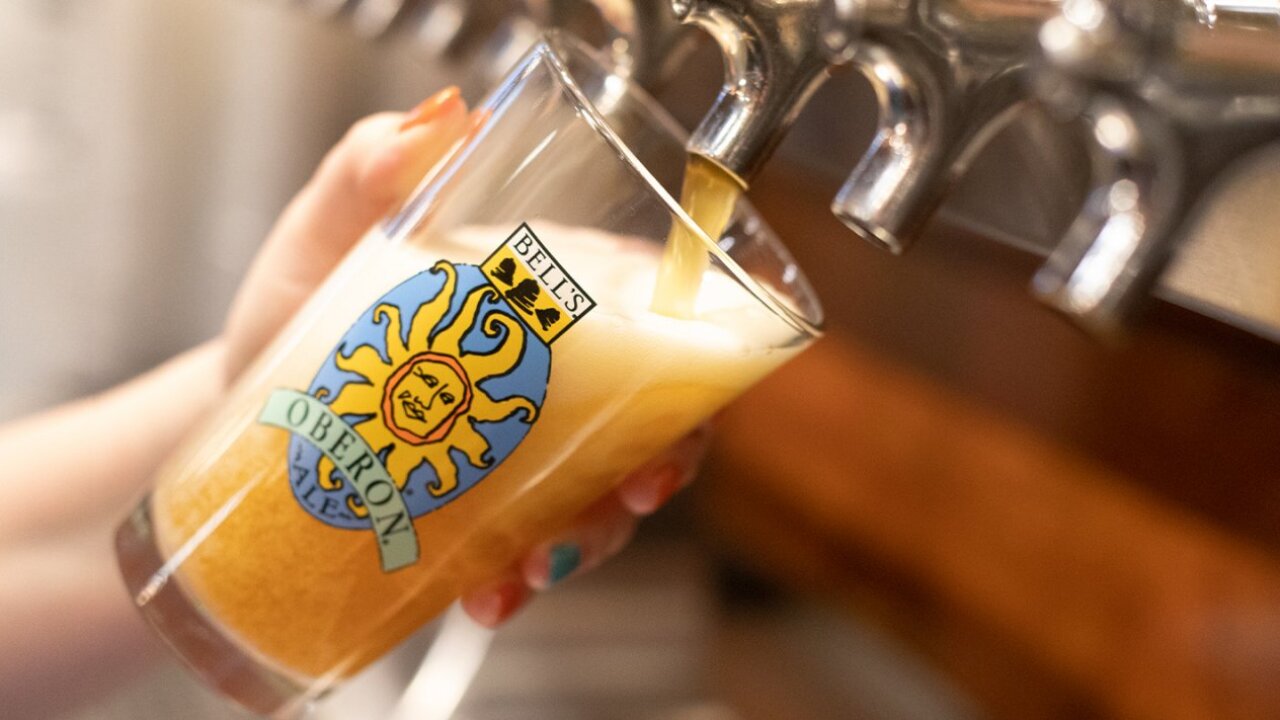 (WXYZ) — Amid the coronavirus outbreak in Michigan and around the world, Bell's Brewery had to cancel plans for its yearly release of Oberon on March 23.

In a post last week, Bell's said it informed distributors and partners they could begin releasing Oberon as soon as it was in stock and not wait until the original launch day.

"We encourage everyone to celebrate where they feel most comfortable and enjoy a little sunshine wherever they can. We do ask that everyone be patient as our distributor partners work to get Oberon out into the market. It will take some time and availability may vary for the time being," the post said.

You can check the company's beer finder here, but a search of the 10-mile area around Southfield, Mich. showed it at several locations.

A Ferndale market did post that they have Oberon in stock in 12-pack cans, 4-pack 16-ounce cans and 6-pack bottles

"Oberon is a wheat ale fermented with our signature house ale yeast, mixing a spicy hop character with mildly fruity aromas," Bell's says on the Oberon page. "The addition o wheat malt lends a smooth mouthfeel making it a classic summer beer. Made with only our ingredients, and without the use of any spices or fruit, Oberon is the color and scent of a sunny afternoon."

In a video posted a couple of years ago, Larry Bell, the founder and president of Bell's, talks about writing the original recipe for Oberon.

"Oberon opening day is, we survived, thank goodness, and I think it becomes a celebration of surviving the winter and the nice spring and summer weather that's about to greet us," Bell said in the video.

He said Oberon has a summer connotation through Shakespeare, as Oberon is the king of the fairies in the play, "A Midsummer Night's Dream," and Bell played the part in his sixth grade version.

As for if you like an orange slice with your Oberon, Bell said it's nothing the brewery or he ever started, but it just started showing up.

"For years, we never served an orange here at the bar with it," he said. "Then I said, if someone wants to have a piece of fruit in their beer and that's what they like, so what? Let them have it."