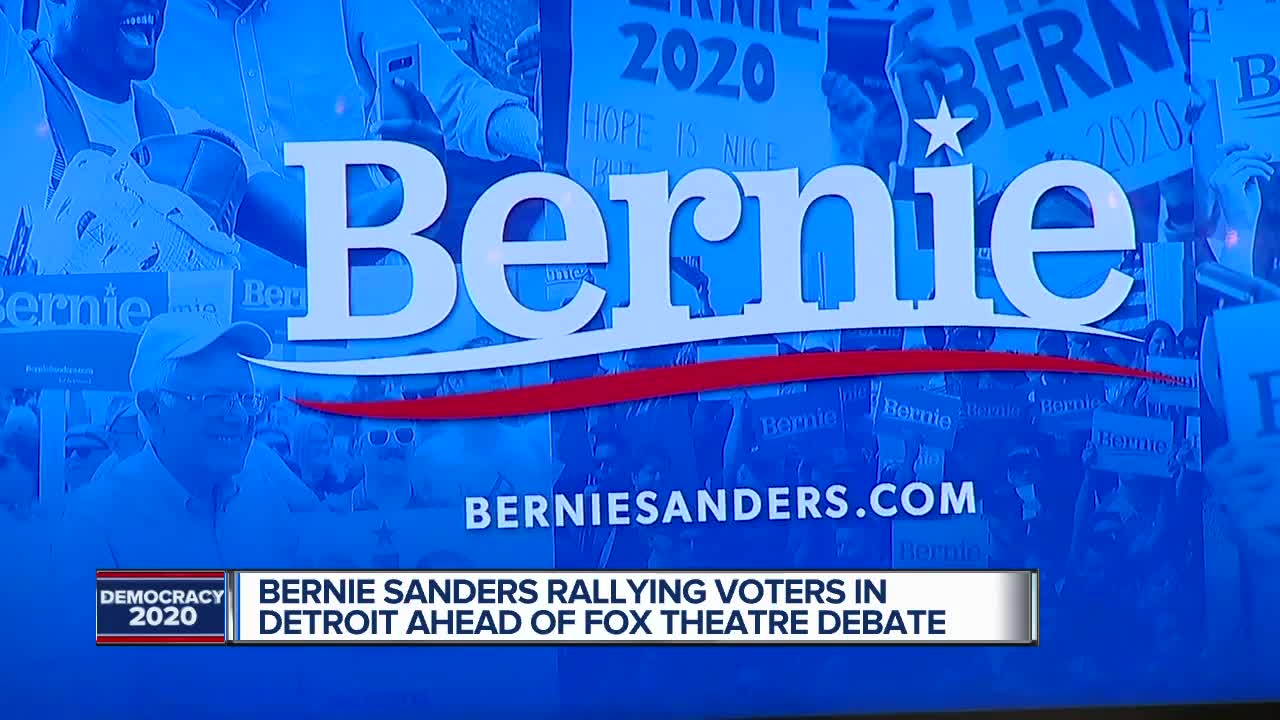 Metro Detroiters 'feeling the Bern' told Action News why they think Sen. Sanders should be the next president.

"Definitely the Green New Deal," is what draws Mel Herrera-Baird to Sanders.

Saturday's fundraiser at The Park Bar sold more than 300 tickets according to the Sanders campaign.

“I’m here because I voted for him in the Primary last time around," said Zoe Ligon. She's not fully decided on which Democratic candidate she's going to support, but said she wanted a chance to see Sanders in person.

He won the Democratic Primary in Michigan in 2016, but failed to get the party’s nomination over Hillary Clinton.

“I followed him since his first campaign and I think his issues have just become more relevant," said Dustin Rush of Dearborn.

Chief among those issues for the Democratic voters we spoke with, is Medicare for all.

Sanders spoke generally about healthcare reform and how he plans to hold pharmaceutical companies accountable if elected; using Medicare to negotiate with Big Pharma for more affordable drug prices.

“You know why they made 69 Billion in profit? Because they charge us the highest prices in the world for prescription drugs," Sen. Sanders said Saturday.

He's heading over the river to Windsor, Ontario Sunday along with Diabetes patients to buy cheaper insulin. He expects to pay around a tenth of the price that he'd pay in the United States.

“One out of five Americans cannot afford the medicine their doctor’s prescribe," he told his supporters.

The trip aims to show how pharmaceutical companies are putting American lives at risk for profit.

Sanders has garnered a lot of support among Millennial Democrats, but Selma Goode, at 96, has been supporting him for 20 years.

"He’s stood for all the right things from the beginning," she said.

Medicare for all is also a main priority for her.

Sanders will join 19 other Democratic presidential candidates in Detroit for the two-part debate next week.

The debate takes place at the Fox Theatre on July 30th and July 31st.