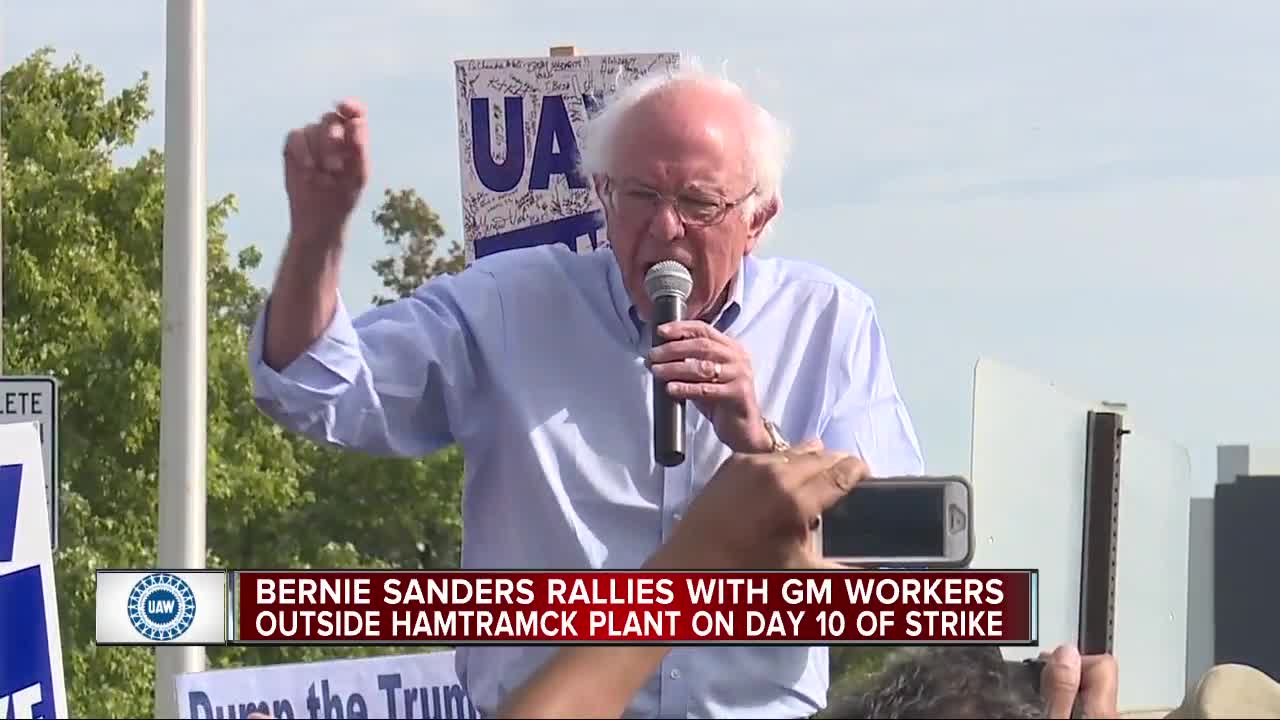 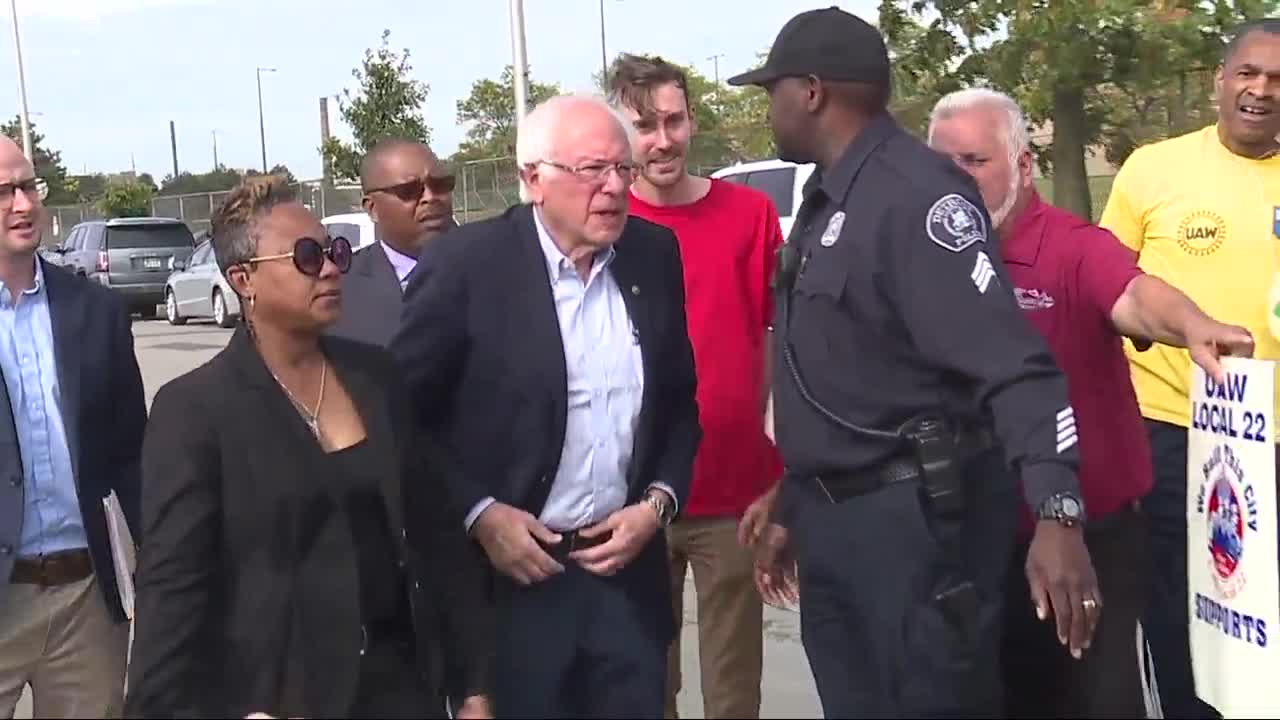 Sanders said he is "proud" to support the UAW workers.

I am proud to support the @UAW workers who are standing up to the greed of GM. Our message to GM is a simple one: End the greed, sit down with the UAW and work out an agreement that treats your workers with the respect and the dignity they deserve. https://t.co/nAQoeX82oz

In August, Sanders released his Workplace Democracy Plan, which would double union membership during his term and give workers unprecedented protections in the workplace.

He shook hands and took photos with those striking, and was out there for about 20 minutes on Wednesday. He said the nearly 50,000 members on strike deserve a fair contract after giving concessions during the bankruptcy years ago.

"What we are saying today to General Motors is start investing in your workers, stop cutting healthcare, stop threatening pensions, pay your workers a decent wage, stop shutting down plants in America and building abroad," Sanders said.

Now entering the tenth day of the strike, negotiations continue to focus on the future of lower-paid UAW workers.