Billboard on I-94 protests Redskins mascot at Michigan high school 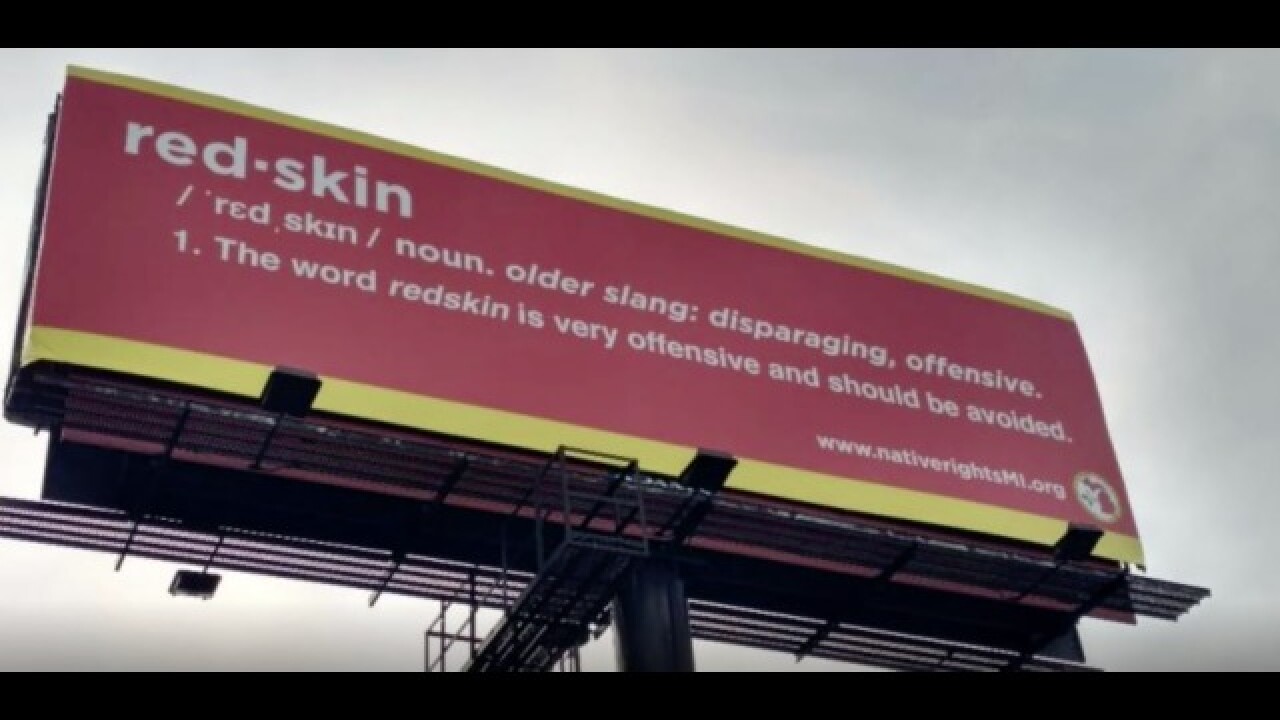 A billboard on I-94 in Kalamazoo County is protesting the mascot of a high school in West Michigan.

The billboard is placed along eastbound I-94 near the Paw Paw exit by the Michigan Coalition Against Racism in Sports and Media states that the word Redskin is disparaging, very offensive and should be avoided.

According to WZZM, this is not the first time Paw Paw has dealt with the Redskins controversy. Last year, the school board voted four to three and kept the name despite criticism from local Native American tribes.