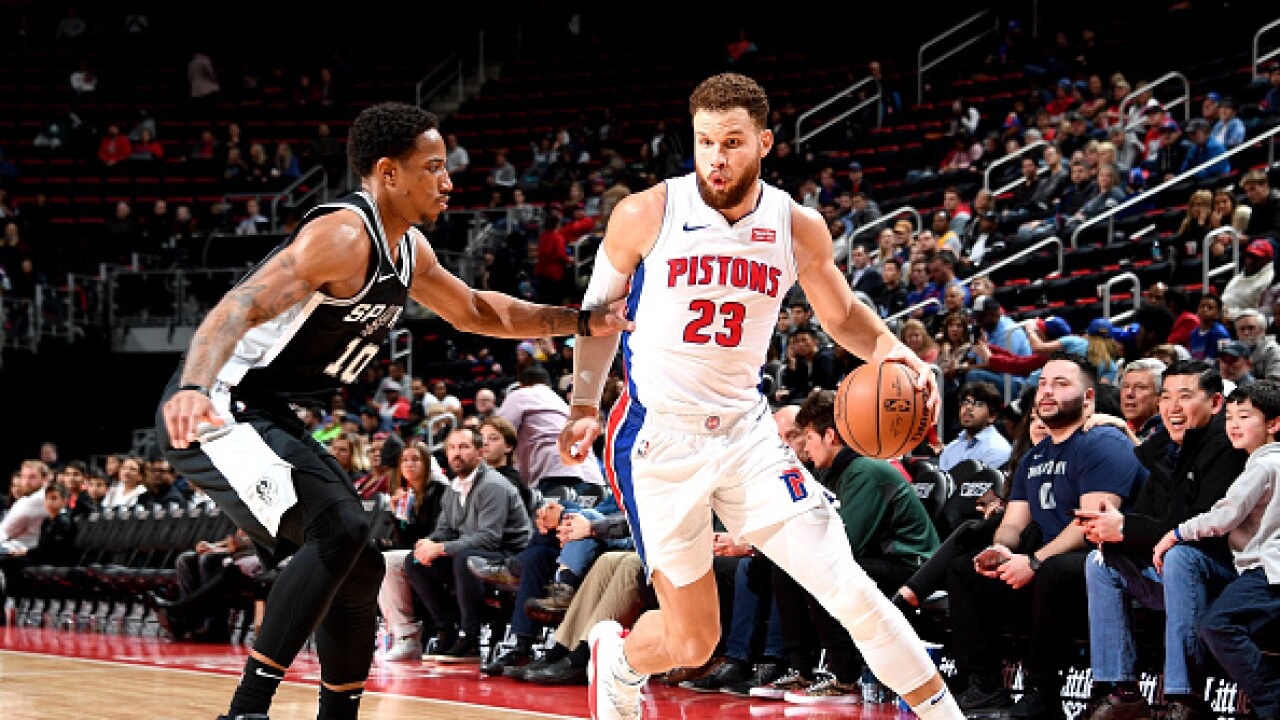 Chris Schwegler/NBAE/Getty Images
DETROIT, MI - JANUARY 7: Blake Griffin #23 of the Detroit Pistons handles the ball against the San Antonio Spurs on January 7, 2019 at Little Caesars Arena in Detroit, Michigan. NOTE TO USER: User expressly acknowledges and agrees that, by downloading and/or using this photograph, User is consenting to the terms and conditions of the Getty Images License Agreement. Mandatory Copyright Notice: Copyright 2019 NBAE (Photo by Chris Schwegler/NBAE via Getty Images)

DETROIT (WXYZ) — Detroit Pistons star Blake Griffin has been cleared to for basketball-related activities, the team announced on Thursday.

According to the team, the medical staff cleared Griffin, who has started to "return to game action progression."

Griffin hasn't played this season because of hamstring and knee issues. The team said they will monitor him on a day-to-day basis to see when he can return to action.

The Pistons also said they are monitoring Derrick Rose's hamstring strain on a day-to-day basis before he returns, but Reggie Jackson will remain out with a lower back issue.