Blast from the past: Nintendo to sell mini NES with 30 built-in games 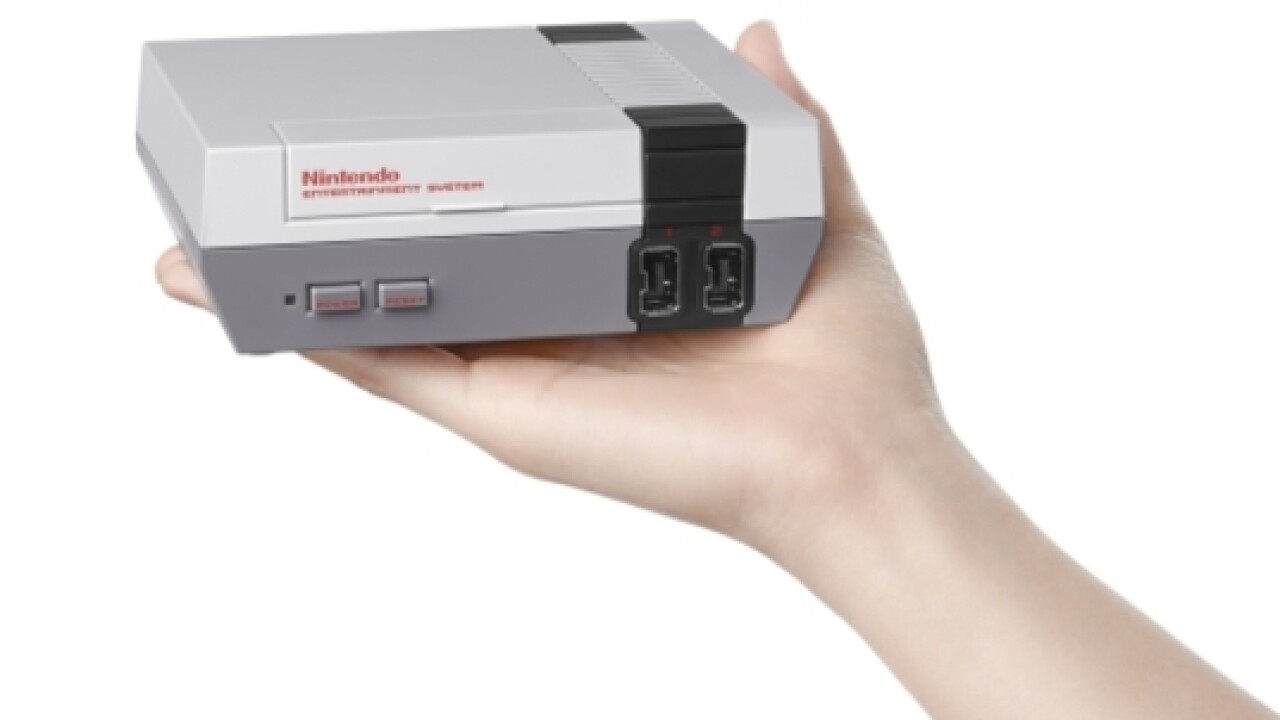 Could this be another home run for Nintendo?

As people continue to rave about their Pokemon Go app, the company has announced it will start selling a classic edition of the Nintendo Entertainment System just in time for the holiday shopping season in November.

The NES is coming back to stores! Pick up the new mini NES Classic Edition on 11/11 w/ 30 included games! pic.twitter.com/wFDw7lHWb7

Nintendo says the mini NES will have 30 built-in games like Super Mario Bros, The Legend of Zelda, Donkey Kong and PAC-MAN, just to name a few. The controller is also modeled after the original.

The console uses an HDMI cable to plug right into your high-definition television.

"We wanted to give fans of all ages the opportunity to revisit Nintendo’s original system and rediscover why they fell in love with Nintendo in the first place,” said Nintendo of America President and COO Reggie Fils-Aime in a statement. “The Nintendo Entertainment System: NES Classic Edition is ideal for anyone who remembers playing the NES, or who wants to pass on those nostalgic memories to the next generation of gamers.”

This updated blast from the past will cost $59.99.

So far, most of the internet seems to approve of the announcement:

The mini-Nes looks mad fresh!! Def gonna get one!

Shut up and take my money #nintendo #MiniNES

I've run the numbers, and by my count that new mini-NES is going to sell one billiony-milliony units. Maybe 1.5.