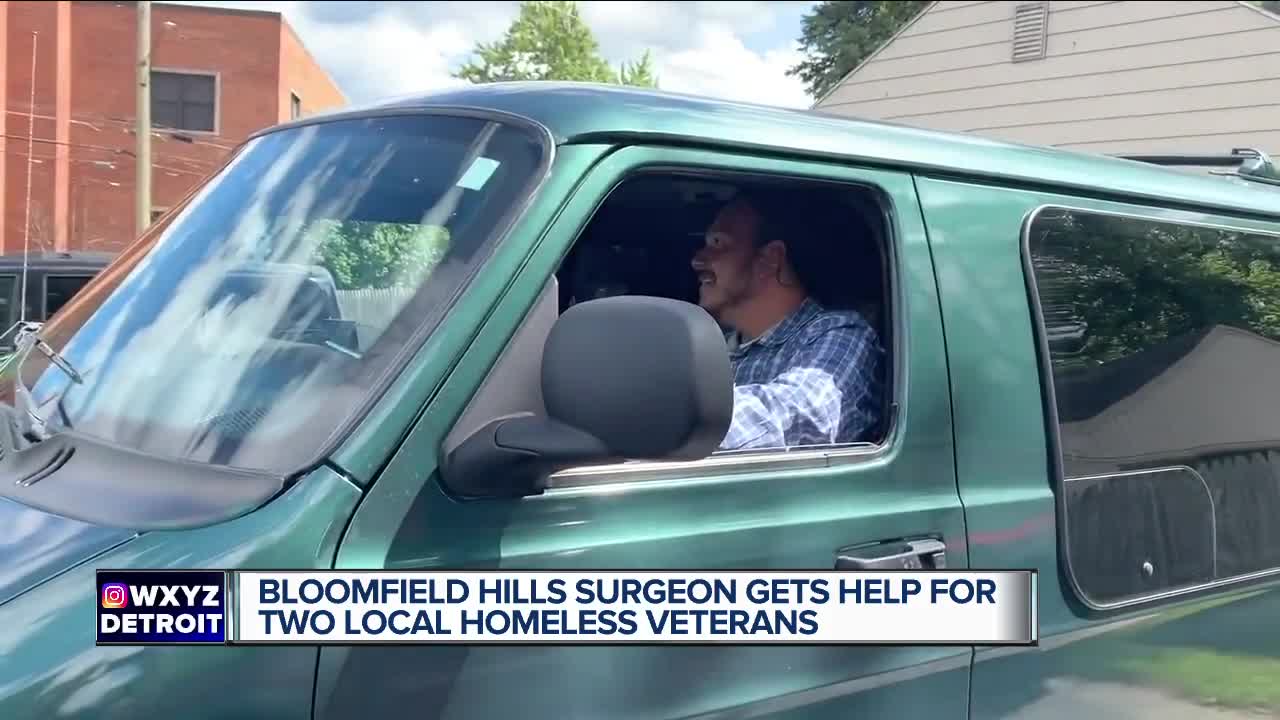 BLOOMFIELD HILLS, Mich. (WXYZ) — Tonight a local surgeon is sharing his story of an encounter with two homeless veterans in Bloomfield Hills that not only changed his life but also the lives of the two men he helped.

Dr. Joe Guettler, an orthopedic surgeon, says he was driving down Woodward Avenue in Bloomfield Hills and for days he saw two men holding up signs asking for help. Then one day he decided to stop and talk to the men, and says it was one of the best decisions he’s ever made.

Guettler lives in Bloomfield Hills. He says when he saw two homeless men at the intersection of Woodward and Quarton, at first he was surprised, then he started talking to them.

The doctor is a big time supporter of the military, and says he became close with the two homeless vets – Raphael and Jessie – and wanted to do more to help them

Guettler says his church and several outside sources donated money to help with this mission to get Raphael and Jessie a van, in what he calls “operation Dream Cruise.”

After Guettler had raised enough money, Raphael and Jessie got their van.

He says Raphael and Jessie will be heading down to Tennessee soon to work at a log company. For now, Dr. Guettler is paying for them to stay in a local hotel. He says he doesn’t want praise for what he did, he just wants more people to take notice.

Raphael and Jessie will start working in three weeks at a logging company in Tennessee.