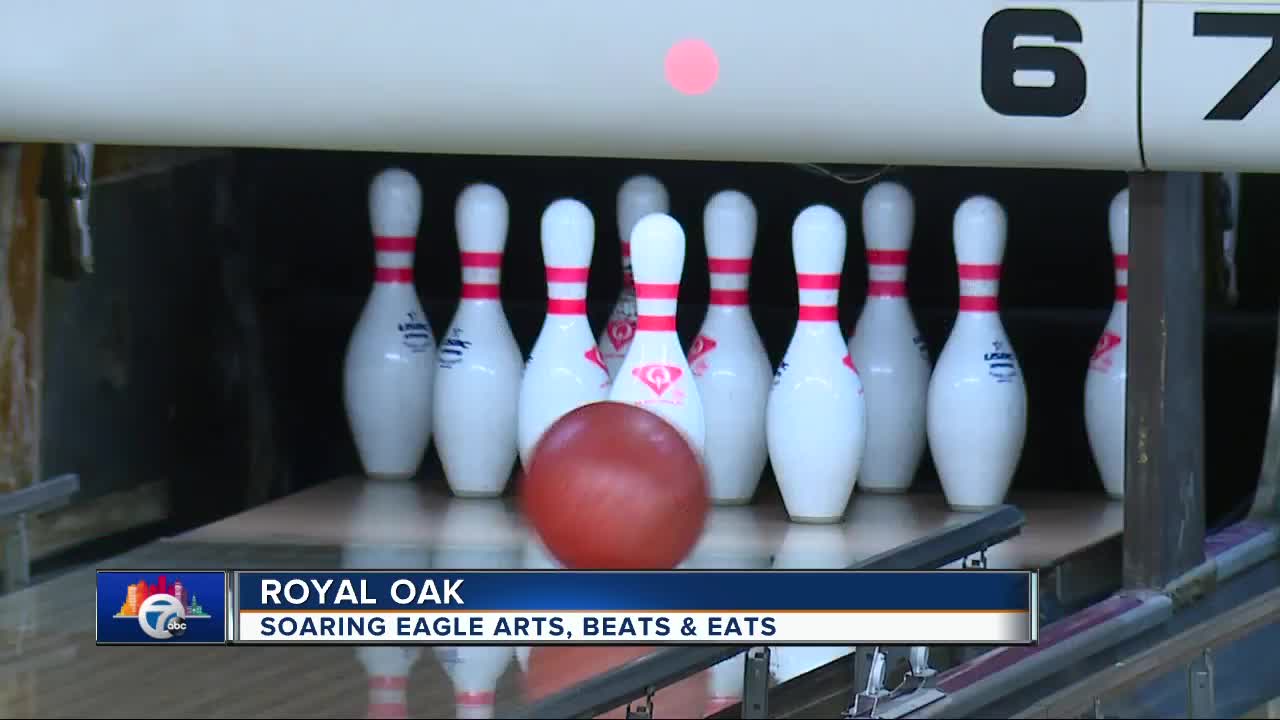 Former school psychologist Kelly Elliott is the co-owner of Bowlero, a newly renovated 16 lane bowling alley and cocktail lounge creating a buzz in the community.

“The vision for the whole facility was for me to create a place that I would want to go to hang out,” Elliott added.

Elliott and her husband Dean, along with David Zainea are partners at Bowlero.

“The worse off you are as a bowler the better you are,” said David Zainea.

Zainea is the owner of the Majestic Theatre in Midtown Detroit which houses the 100-year-old iconic -Garden Bowl.

“We just want to let your hair down and have fun and that’s our motto. It’s worked at the Garden Bowl and it’s gonna work over here,” said Zainea.

Built in 1957, Bowlero was still operating when Elliott and her team bought it.

“Anything that I could use, that had been left here from before, I used,” said Elliott.

Though a lot of revamping was needed , Elliott saved a lot of the original elements.

Elliott went to vintage and antique malls in metro Detroit to find the unique pieces to enhance the look.

“I looked at this as a place that would be a feast for the eyes so every square inch you see has been touched, “said Elliott.

This place has it all- DJ’s spinning records, classic arcade games and a sophisticated cocktail lounge.

We’re gonna have live music without a cover so people can feel free to pop in and have a couple drinks. No commitment,” said Elliott.

They want everyone to feel comfortable. They’re offering special needs programming and they’re working on becoming a certified Autism center.

“People are so happy that this place is staying open. It’s kind of one of those community places where anybody can go and meet up,” said Elliott.