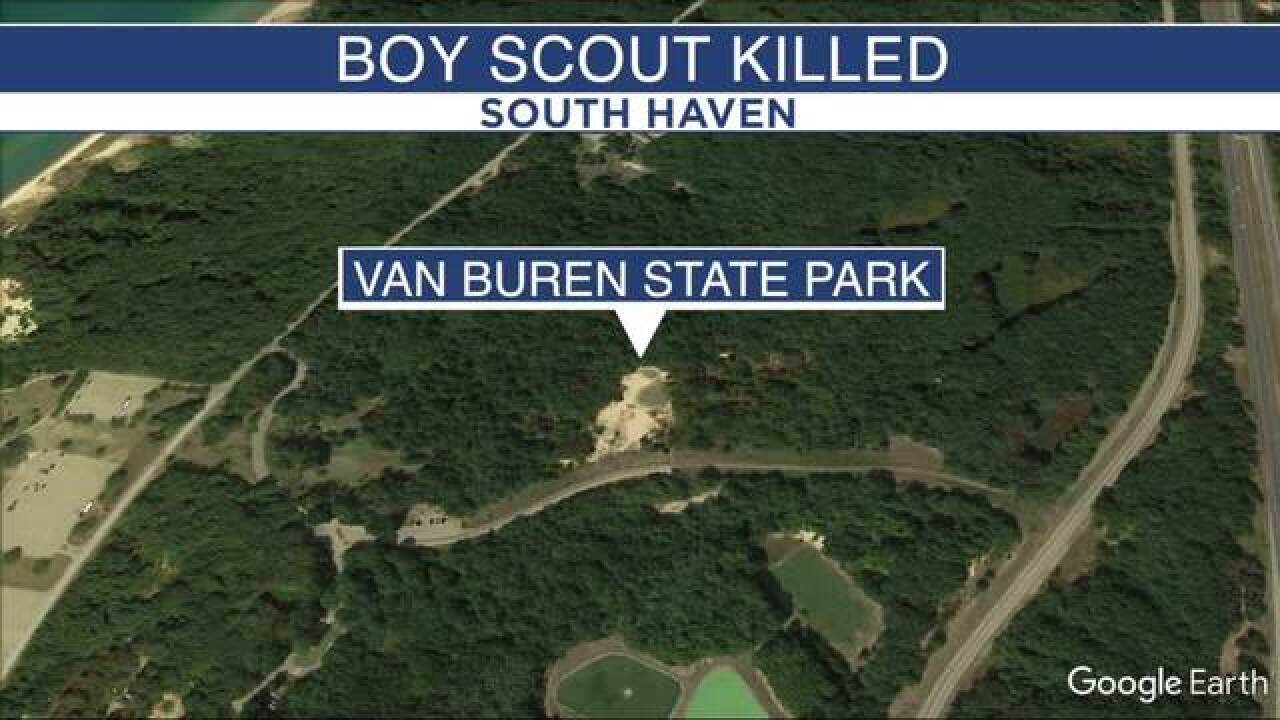 SOUTH HAVEN, Mich. (AP) — Police say a 12-year-old Boy Scout has died after being buried by sand in southwestern Michigan.

South Haven police say Gage Wilson dug into the side of a sand dune Saturday and crawled into the small space. The sand collapsed. The incident occurred at a Van Buren County park near Lake Michigan.

Police say two boys who were with Gage didn't notice his disappearance for up to 30 minutes. Rescuers were able to get a pulse and rush him to a hospital but he died.

The Michigan Crossroads Council of the Boy Scouts of America released a statement, saying, "This is a very difficult time for our scouting family." The boy was from Portage, near Kalamazoo.