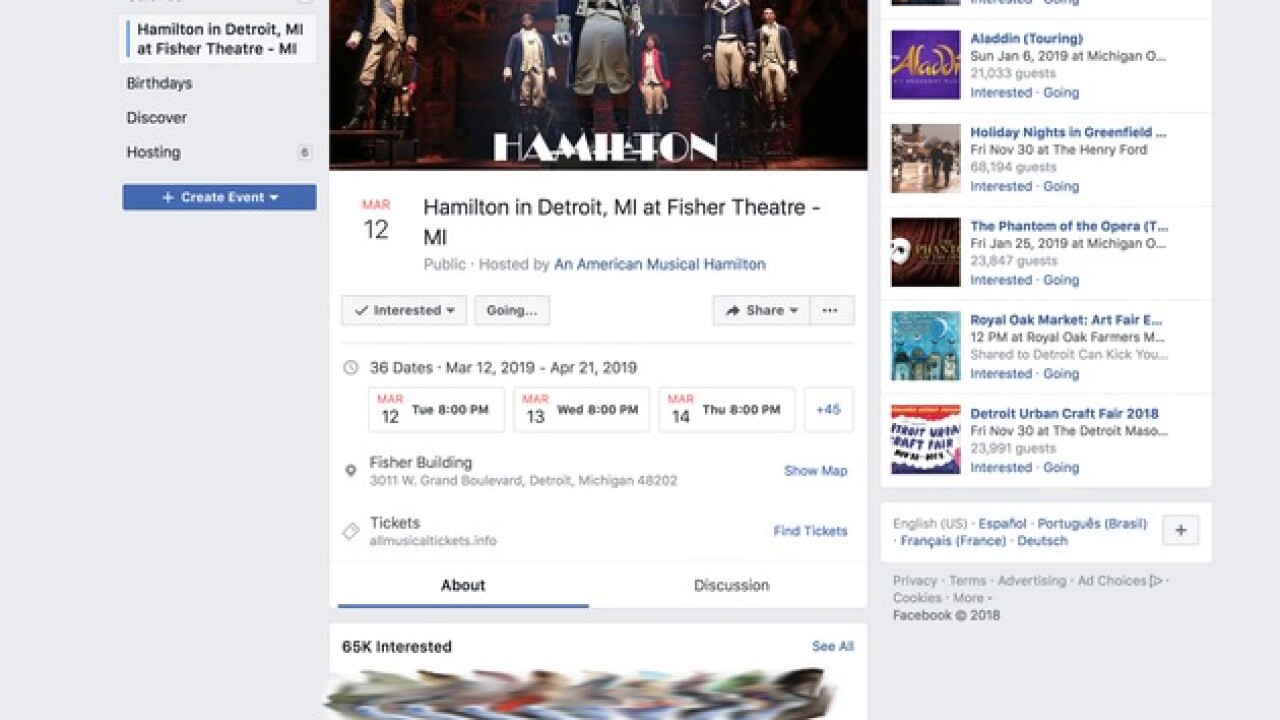 Hit musical "Hamilton" will be in Detroit from March 12 - April 21, 2019 at the Fisher Theatre, but Broadway in Detroit is warning people there is a major ticket scam going on.

An event on Facebook titled "Hamilton in Detroit, MI at Fisher Theatre - MI" is a fraud, according to Broadway in Detroit.

"If you see this page in your news feed IT IS A FRAUDULENT SCAM," the post reads. Broadway in Detroit is asking people to report the event. So far, 65,000 people are "interested" in the event.

The organization behind the event is An American Musical Hamilton, and a spokesperson is telling people to be aware.

According to Broadway in Detroit, tickets for the show will go on sale early next year, and parking in both the Fisher Building Lot and Fisher Garage will be included with every ticket.

"Please, if this shows up in your feed, notify Facebook that it is a scam."