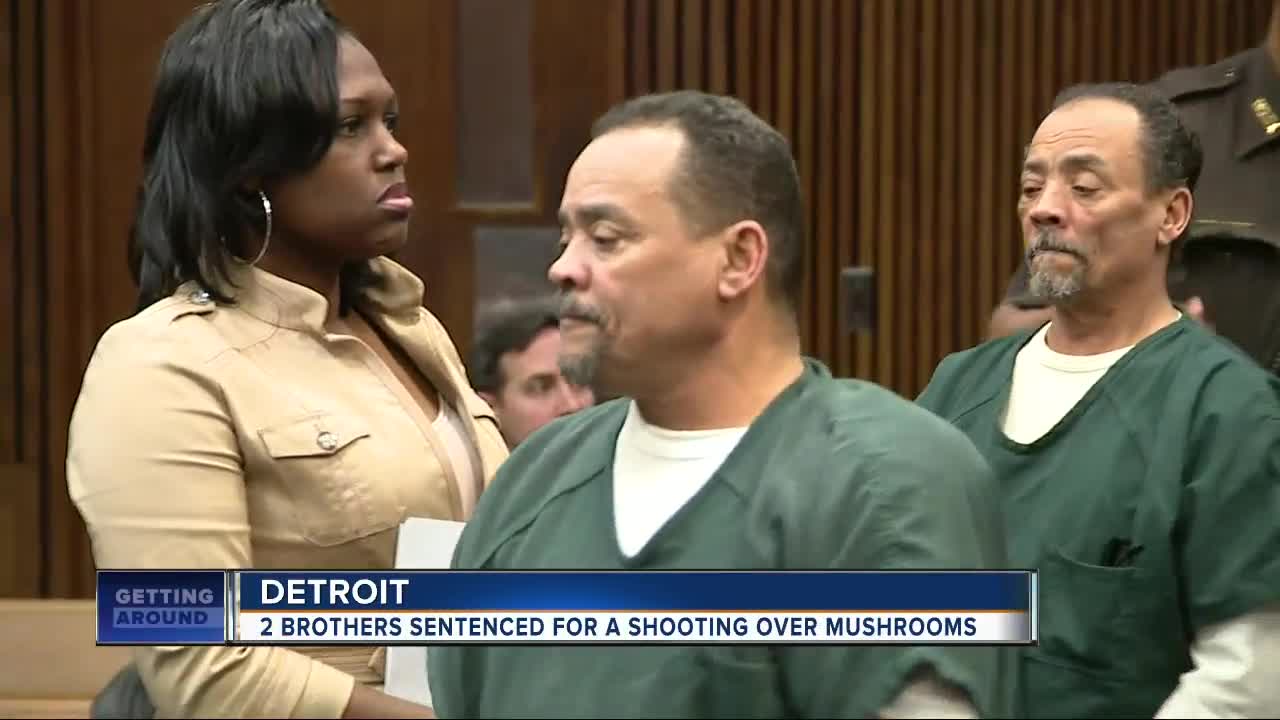 Twin brothers charged in a shooting over fried mushrooms were sentenced Monday.

Duane and Dwight Samuels both pleaded guilty to assault with intent to murder in connection with an assault at Nicky D's Coney Island in Detroit over the summer.

During the sentencing, Duane told the judge he wanted to withdraw his plea and go to trial. The prosecutor objected and the judge had to explain to him the parameters about being able to withdraw the plea.

The defense attorney argued on the motion to withdraw the guilty plea for both defendants, saying they were coerced. The judge denied the motion.

Employees said the 61-year-old brothers became angry after learning the restaurant did not serve fried mushrooms.

Surveillance video shown in court showed the victim being beaten with a metal pipe, then shot in the face.