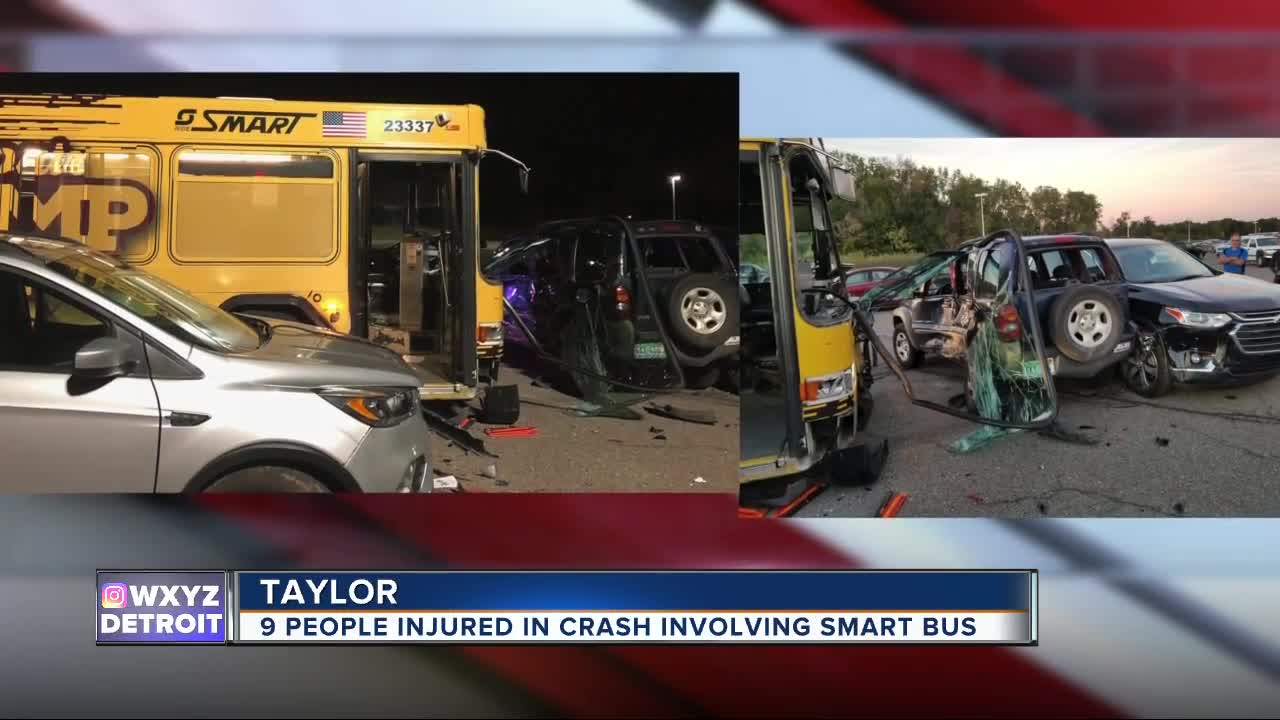 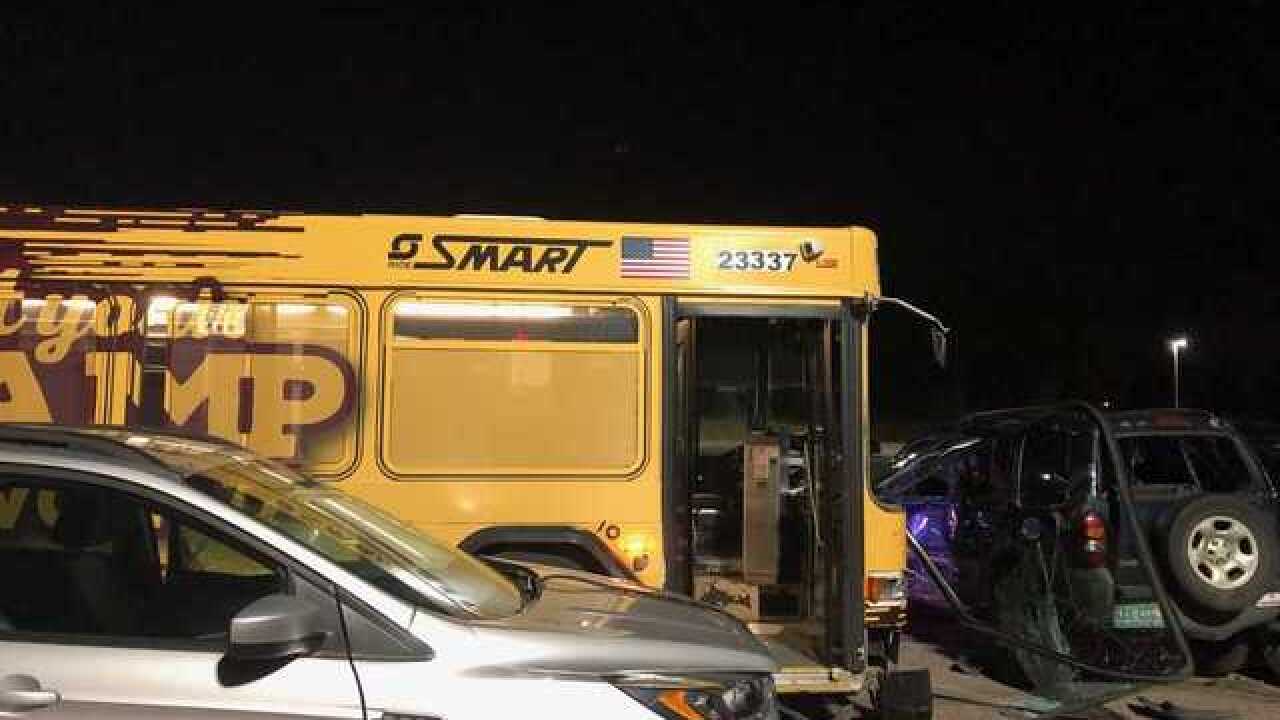 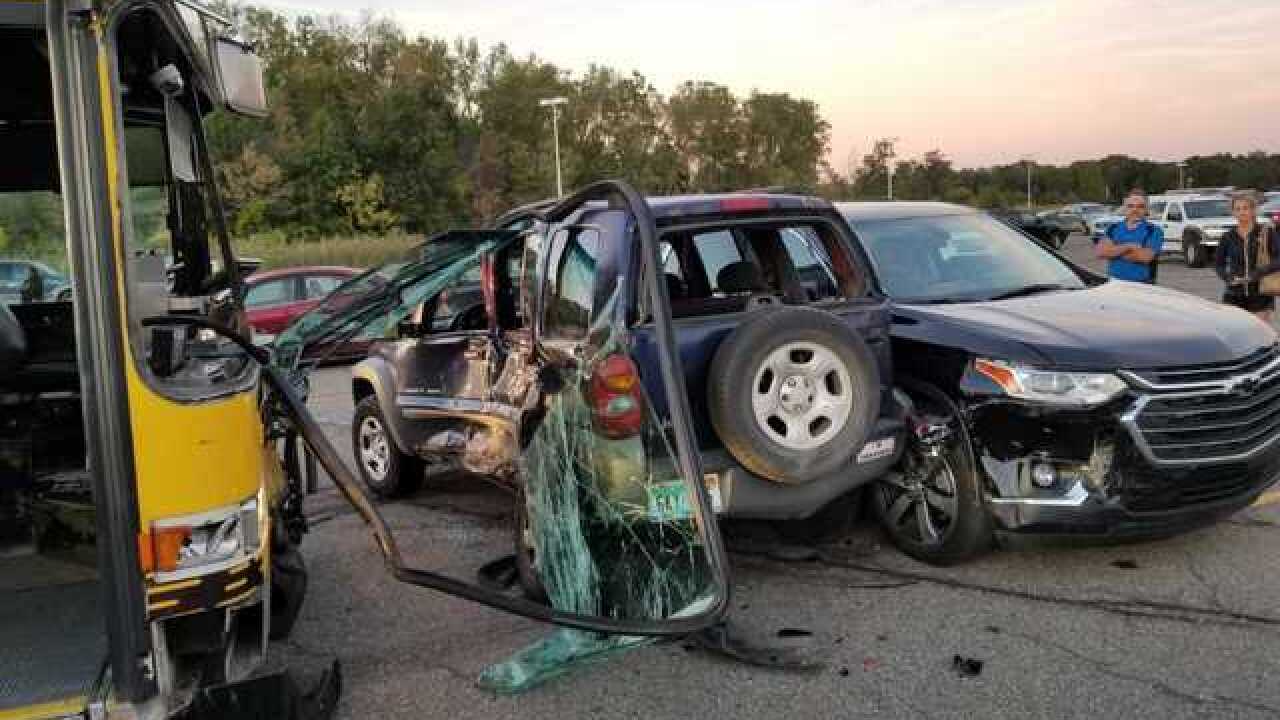 The incident occurred at 6:51 p.m. in the north side parking lot of the shopping center.

There were no life-threatening injuries. Police say the bus driver was turning inside of the parking lot when he hit a Ford Mustang, causing him to hit his head and lose consciousness.

Police say a passenger attempted to steer the bus at that point, but was unable to prevent further collisions. The bus rammed into several other vehicles in the parking lot.

The crash was caught on surveillance video from a nearby Target store.

Taylor Police and Michigan State Police are continuing the investigation.