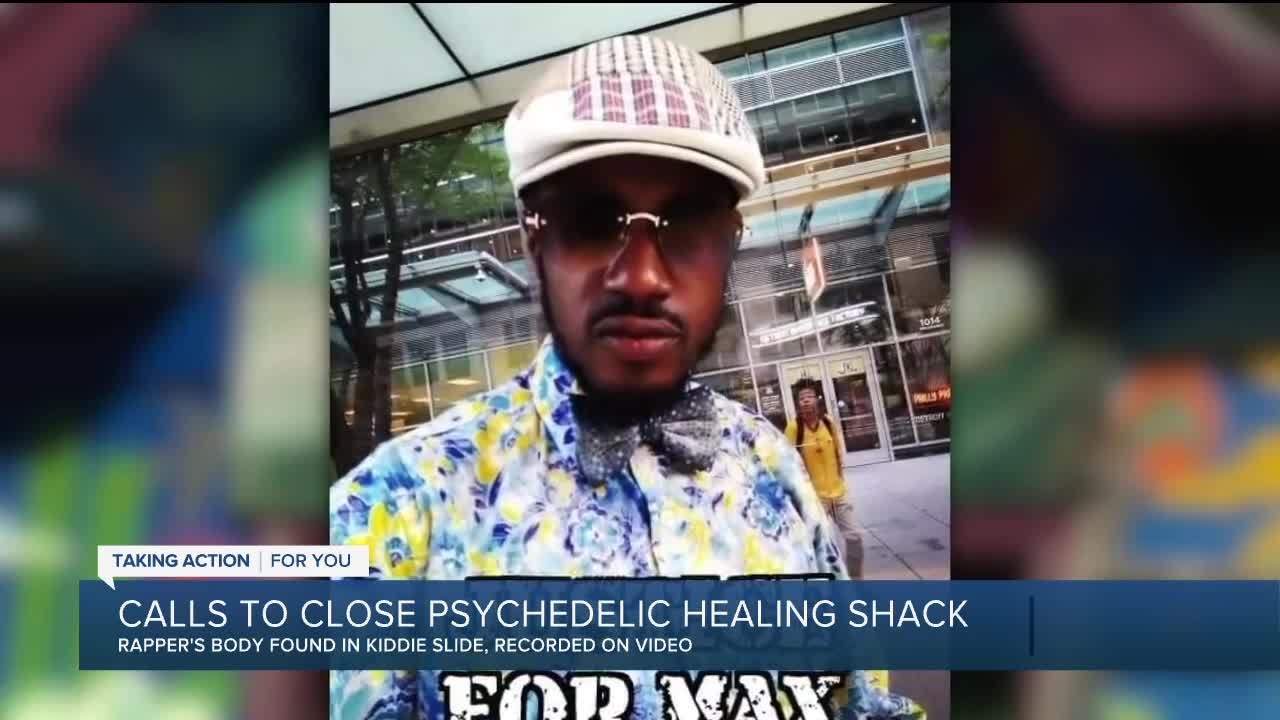 Friends of a Detroit man who was found dead on the property of a holistic home are demanding answers.

DETROIT (WXYZ) — Friends of a Detroit man who was found dead on the property of a holistic home are demanding answers.

They say the circumstances surrounding his death are suspicious and went to the home to protest.

The house has been locked down for much of the evening.

Friends say the rapper was found upside down in the kiddie slide on the property.

They want answers and they want this ‘so-called’ healing place shut down.

They chanted his name and made shirts in his memory, turning their anguish into action.

Friends of 40-year-old Max Julian say he was found dead on the Psychedelic Healing Shack playground.

And they say an insensitive video was recorded by the owner that shows max's lifeless body.

"In the video itself he says a couple sarcastic lines and promotes a venue,” says friend President Chris Walker.

The house advertises itself as a holistic healing place. A large sign says its heaven on earth.

According to their Facebook page, patients are under the care of Dr. Robert Pizzimenti -- also known as Dr. Bob.

We saw him on the property, but he didn't stop to speak with us. Our numerous attempts to contact him were unsuccessful.

Max's friends say he was a regular at the shack and came here for help because he was homeless.

"That's why it's such a surprise to us and it seems like Bob has no sympathy or remorse," says Mare Schwartz.

"This is a man he claimed you had love for. Max promoted shows at this place," says Michael Locks.

The Healing Shack is now under scrutiny from Max's friends, who say the former rapper was cherished throughout Detroit and died under suspicious circumstances.

A man who works at the Shack wanted to remain anonymous but says the owner would never harm anyone.

This is the second day of protest.

The group says they have a petition and the goal is to collect 250 signatures. They are going door to door in this community to get those.

Right now, police are tight-lipped about this investigation as they wait for results of an autopsy.