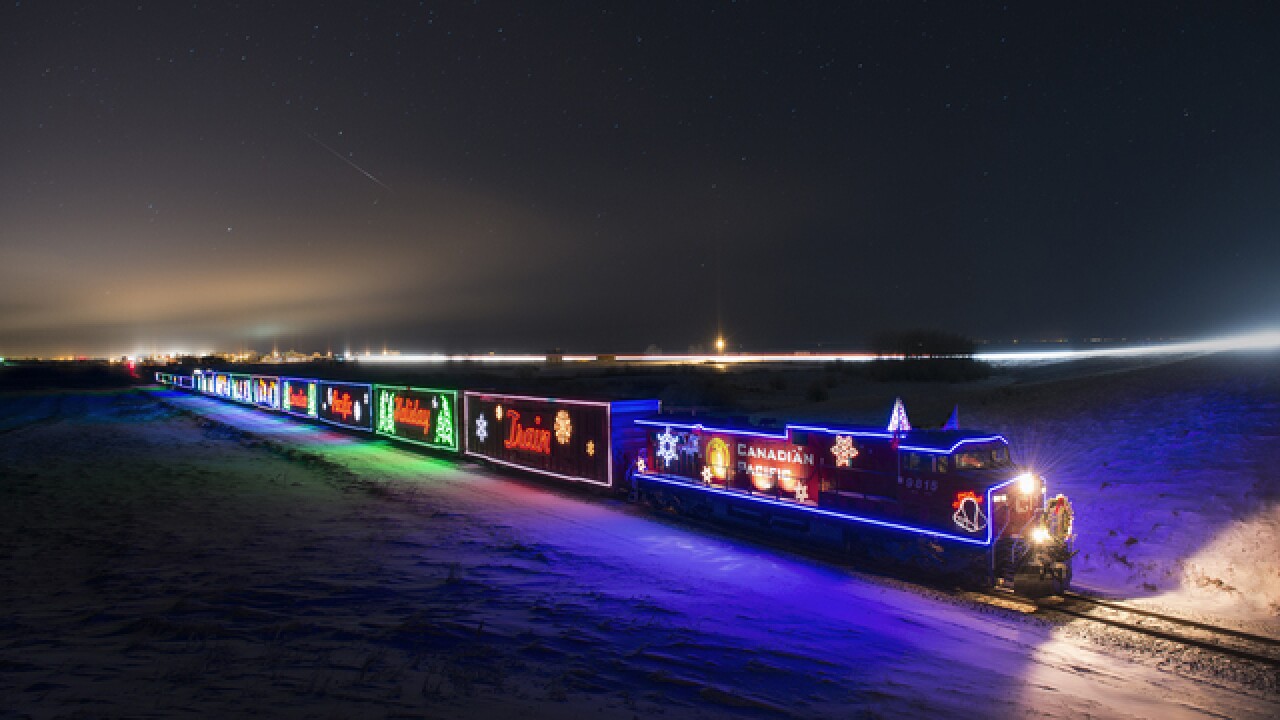 A holiday delight across much of Canada and the northern United States will make an appearance in metro Detroit and Michigan later this week.

Canadian Pacific's Holiday Train will travel through Michigan on its trip through the United States on Friday.

While it won't specifically make a stop in Michigan, you might be be able to see the bright train if you get a spot ahead of time and prepare.

Check out the route by clicking here.

According to the CP Holiday Train schedule, it will be in Windsor from 6-6:30 p.m. Thursday at the CP yard at Erie St. and Janette St.

After that, it will cross the border and into the Detroit area. Then it will travel southwest and into Ohio and Indiana before its next stop in Pingree Grove, Ill. on Sunday morning.

According to Canadian Pacific, they may have to turn the lights off through the region for safety and security reasons. They also don't provide details on timing or the route as it moves as there are no stops and they are not traveling on CP-owned railroad tracks.

Those who do want to try and see the train are asked to stay off railroad property, which can extend about 50 feet on either side of the track.

About 1,000 feet long, the train features 14 rail cars decked out in hundreds of thousands of LED lights and designs.