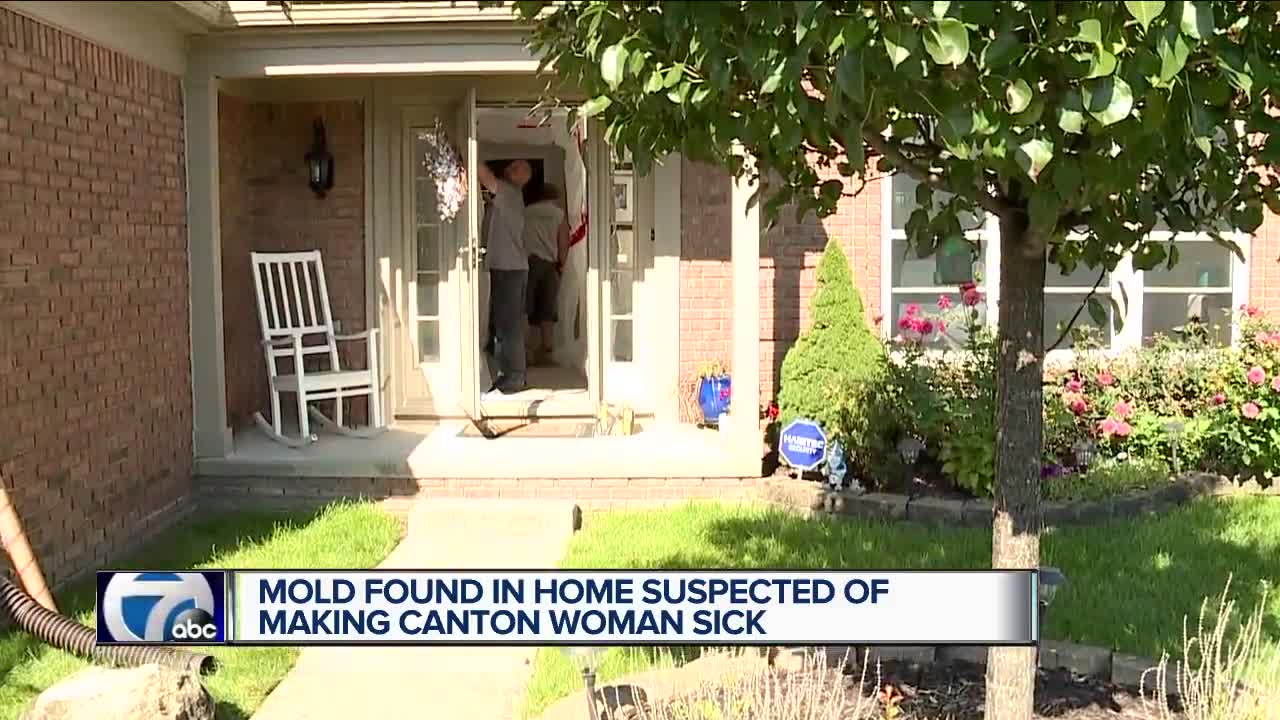 A Canton woman says the mold found in her home is making her sick.

CANTON, Mich. (WXYZ) — Chelsea Gudith says her problems started late last fall. She got sick a short time after her family started running the furnace in their home in Canton.

“It started with a tiny rash. Over a week, it got bigger. Then over a couple weeks it spread across my whole body,” she said.

She soon was going to a doctor every week. She was miserable. Doctors couldn’t tell her why she had a rash, then a lingering sore throat, trouble breathing, joint pain and even confusion.

“The symptoms kept piling up one after another,” she said.

Finally, she went to a doctor who told her to contact moldPro. John DuBois came to her house and did tests. He says he found high levels of ”toxic mold” in her basement and crawlspace.

He says he hopes sharing her story doesn’t just educate other homeowners, but doctors.

“There are a lot of good doctors in our area who deal in it, but traditional medicine doesn’t accept mold as an issue,” said DuBois. “And I see it all day, five days a week.”

Since the news came, Gudith, her husband and daughter have not stayed in the house. She is already physically feeling better. They are throwing away many of their belongings. Anything porous that can’t handle the cleaning products has to go and they are spending thousands of dollars to get rid of mold in their house.

“Be aware, this happened to us and it could happen to anybody. It is Michigan. It is humid. It is damp. We have basements,” said Gudith.

He says you can protect your home from mold problems by making sure any moisture is addressed promptly. He says he recommends people not store belongings in cardboard boxes in their basement. Mold thrives on cardboard. If you have a sewage or water backup, make sure it is thoroughly cleaned.