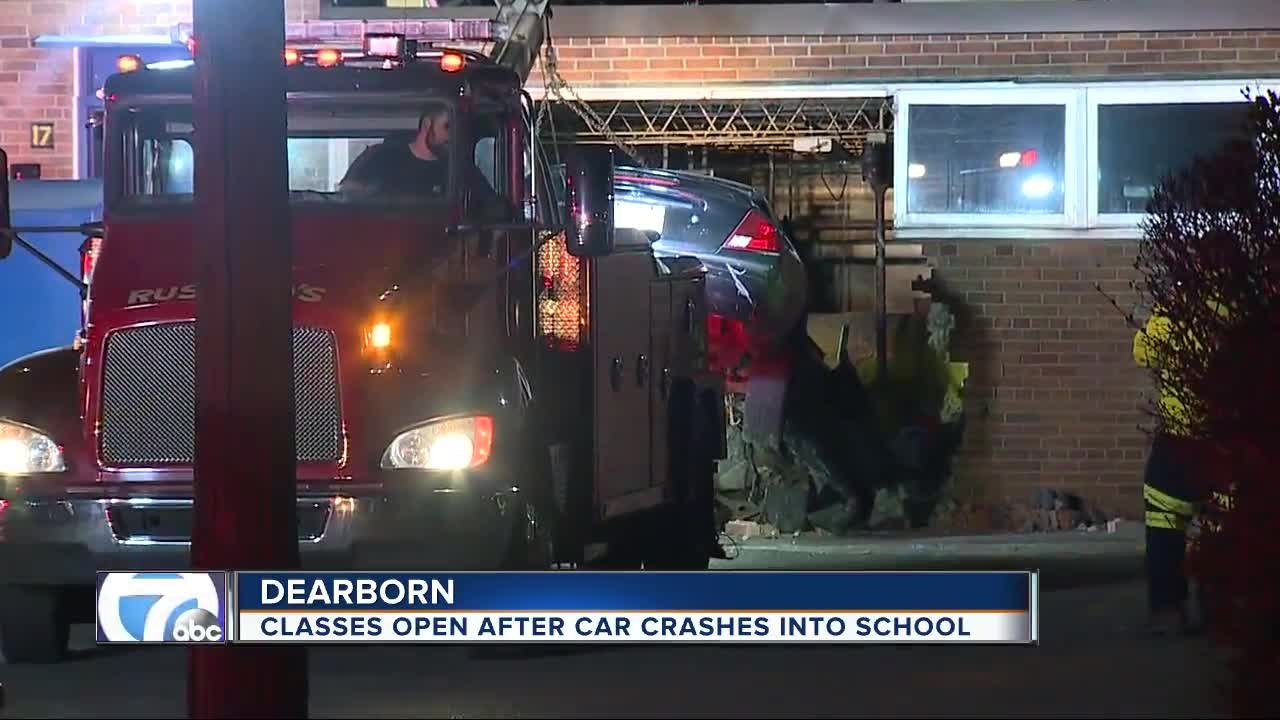 Classes open after car crashes into school in Dearborn 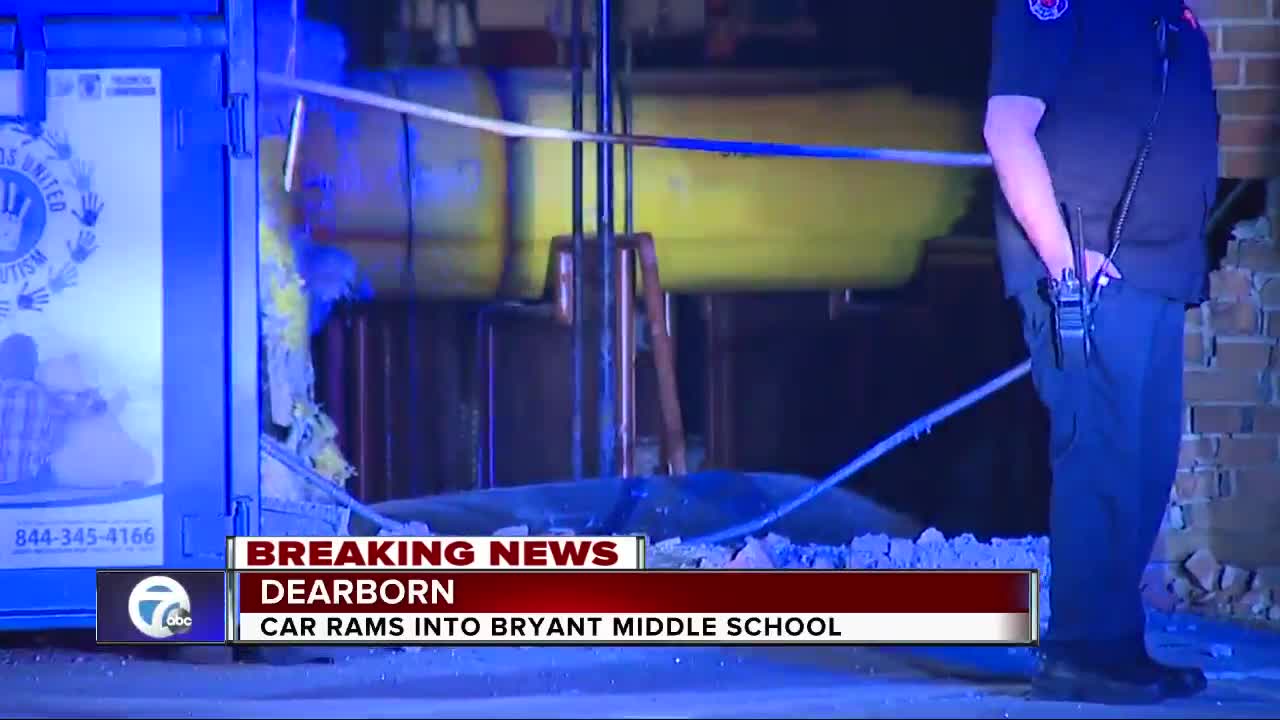 The driver of the vehicle was taken to a hospital, and there were no other people injured.

The district said that there was a recreation league basketball game that was ending at the school at the time of the crash. The players and coaches were asked to leave the building.

Overnight, the district tweeted crews were able to secure the scene of the accident and check all school systems. Leaders say the building is safe and school will be in session Wednesday.

Tuesday night, the district released a full statement on the crash:

I’m sure by now many of you have heard about the accident that occurred in the Bryant Middle School parking lot on Tuesday evening around 9:00 pm. For those who may not have heard the news, a car ran into the south end of the school and actually broke through the wall. Dearborn police and fire did respond to the scene. The driver of the vehicle was taken to the hospital. Fortunately there were no other injuries but a recreation league basketball game was ending and players and coaches were asked to leave the building. At this time the parking lot is still an accident scene and police are conducting their investigation. As soon as police and fire clear the scene our Operations staff will begin work to secure the school. We will post an announcement later regarding the status of school for Wednesday.