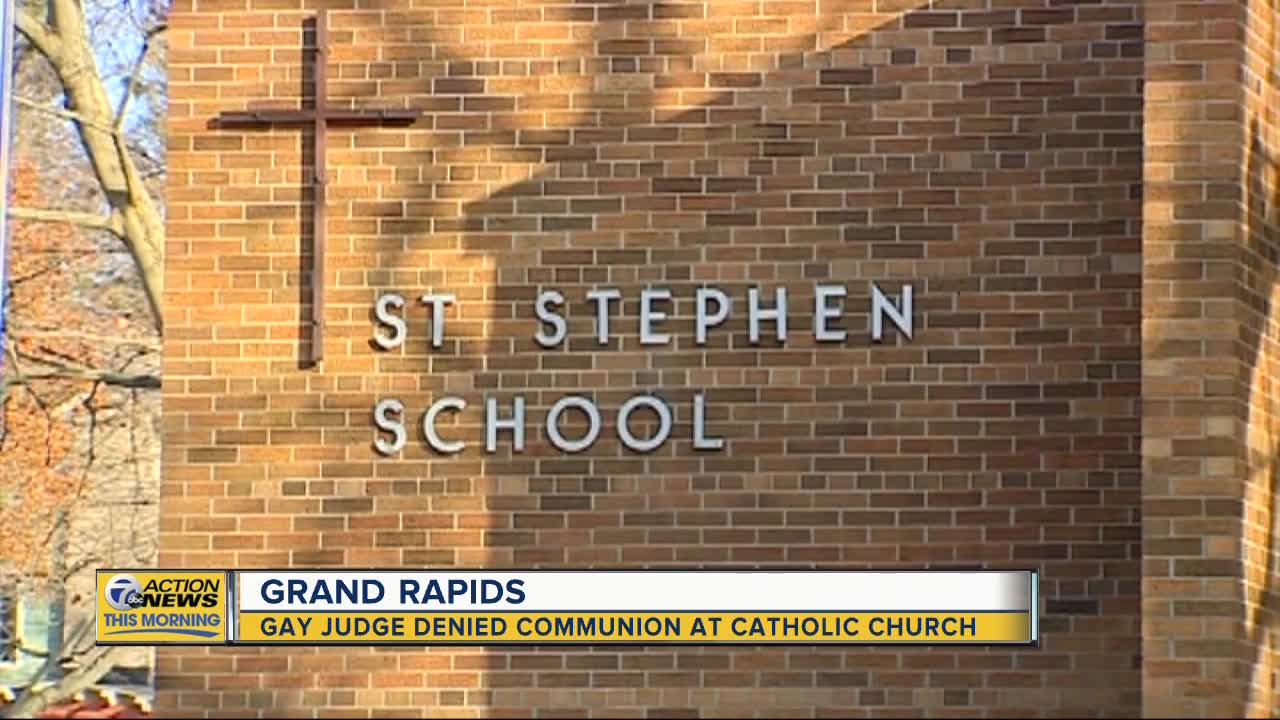 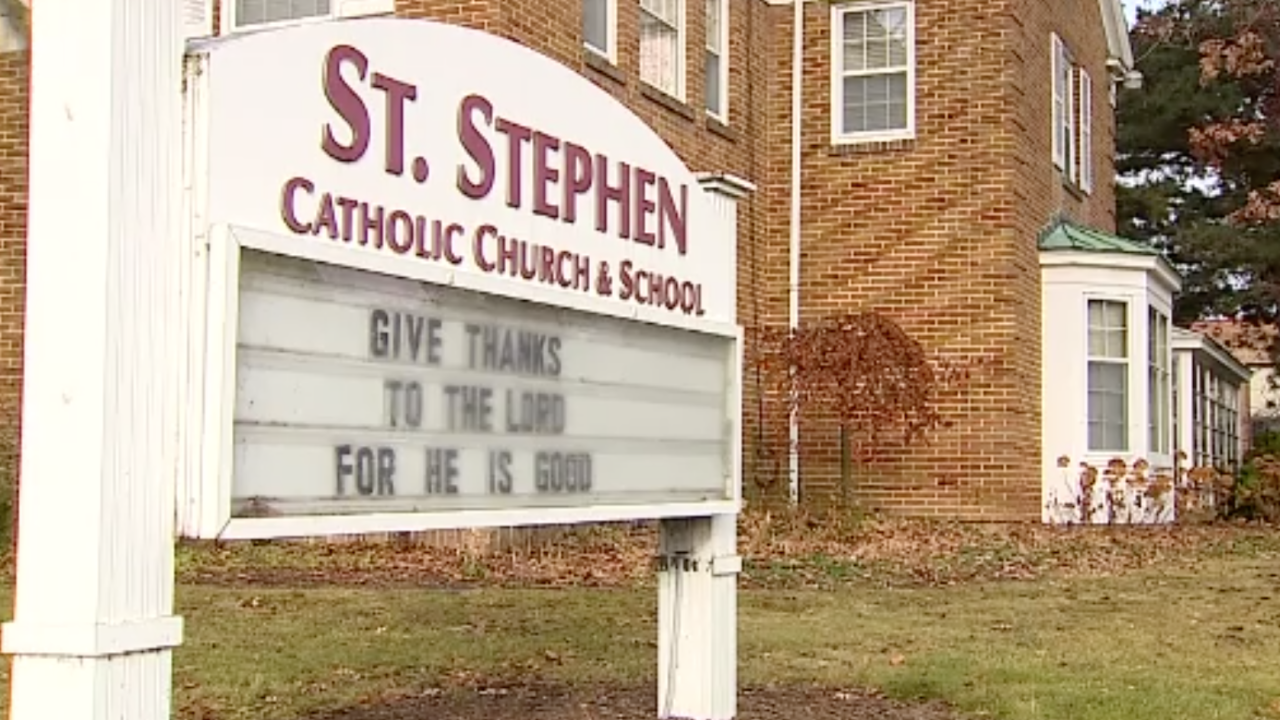 (CNN) -- A church in Michigan denied Holy Communion to a state district court judge because she is married to a woman.

"This is not about me against the priest, and it's not really me against the church," Smolenski told CNN. "This feels like selective discrimination. Why choose gay people, and why now?"

Smolenski, 62, said that the Rev. Scott Nolan, the priest at St. Stephen for approximately three years, called her on November 23 and told her, "'It was good to see you in church on Sunday. Because you and Linda are married in the state of Michigan, I'd like you to respect the church and not come to communion.'"

Smolenski was baptized at St. Stephen. She and her nine siblings attended the church's school from first through eighth grade. Her parents were married in the church in the 1940s.

Communion is a significant and sacred act in Catholicism. Through this sacrament, Catholics unite with Christ and symbolically form a single body, according to Catechism of the Catholic Church on the Vatican's website. To be denied communion is essentially to be denied one's right to the holiness of Catholicism.

Former Vice President Joe Biden was denied communion at a church in South Carolina last month, as were other politicians, typically for their positions on divisive issues.

Denying communion is done on a case-by-case basis. Other parishes are more accepting of gay people and would not hold back this sacrament, Smolenski said. She had already been distancing herself from the church in recent times after tensions rose when the priest denied communion to a same-sex couple during Mass earlier this year.

It prompted her to branch out to another church for a while. But St. Stephen was Smolenski's lifelong parish. She returned, and even received communion by Nolan on November 17. Six days later, she received the phone call from Nolan.

"It definitely felt like a slam dunk," Smolenski said.

Smolenski married her partner of over 30 years, Linda Burpee, in March 2016 following the Supreme Court's marriage equality law. The marriage was publicized, not by choice, but because Smolenski is an elected official, she said. Smolenski was elected to the bench in 1990 and appointed chief judge in 1996.

She and Linda have given financially to the church, including $7,000 in June 2017 for the renovation of St. Stephen.

Nolan told CNN affiliate WOOD that Catholic teaching gives him no choice in the matter of giving Holy Communion. He told the station that he does not want any of his conversations about receiving communion to be public, but that denial happens with some degree of regularity.

He acknowledged that denial of Holy Communion is painful for those denied.

"To me, this is also a cause of great sadness in my own life as a priest," Nolan said.

The Diocese of Grand Rapids issued a statement on behalf of its bishop supporting Nolan's decision. The statement addressed Smolenski's service and generosity to the community but included a line from Pope Francis's "Amorus Laetitia: "Those who approach the Body and Blood of Christ may not wound that same Body by creating scandalous distinctions and divisions among its members."

The statement said that inclusion and acceptance are a hallmark of the diocese, but that acceptance is presumed upon "a respect on the part of individuals for the teachings and practice of the wider Catholic community."

"No community of faith can sustain the public contradiction of its beliefs by its own members," the statement said. "This is especially so on matters as central to Catholic life as marriage, which the Church has always held, and continues to hold, as a sacred covenant between one man and one woman."

Smolenski has read the bishop's statement and feels the denial of her communion is leading to divisiveness in the parish. Micki Benz, a 40-year-parishioner at St. Stephen, empathizes with Smolenski. Benz recently switched churches because she finds it difficult to be part of a community where gay people are discriminated against.

"This was a parish that was growing, that was harmonious, that was vibrant," Benz said. "Today we are a parish of divisiveness and dissension."

Smolenski pointed to the larger picture, stating that even Pope Francis wants people to be loving and kind, and that the Catholic church should tackle problems bigger than her sexual orientation.

Earlier this month, while speaking to members of the International Association of Penal Law, the pope condemned speech that discriminates against people's homosexual orientation.

"I am who I am because God made me just like this," she said.