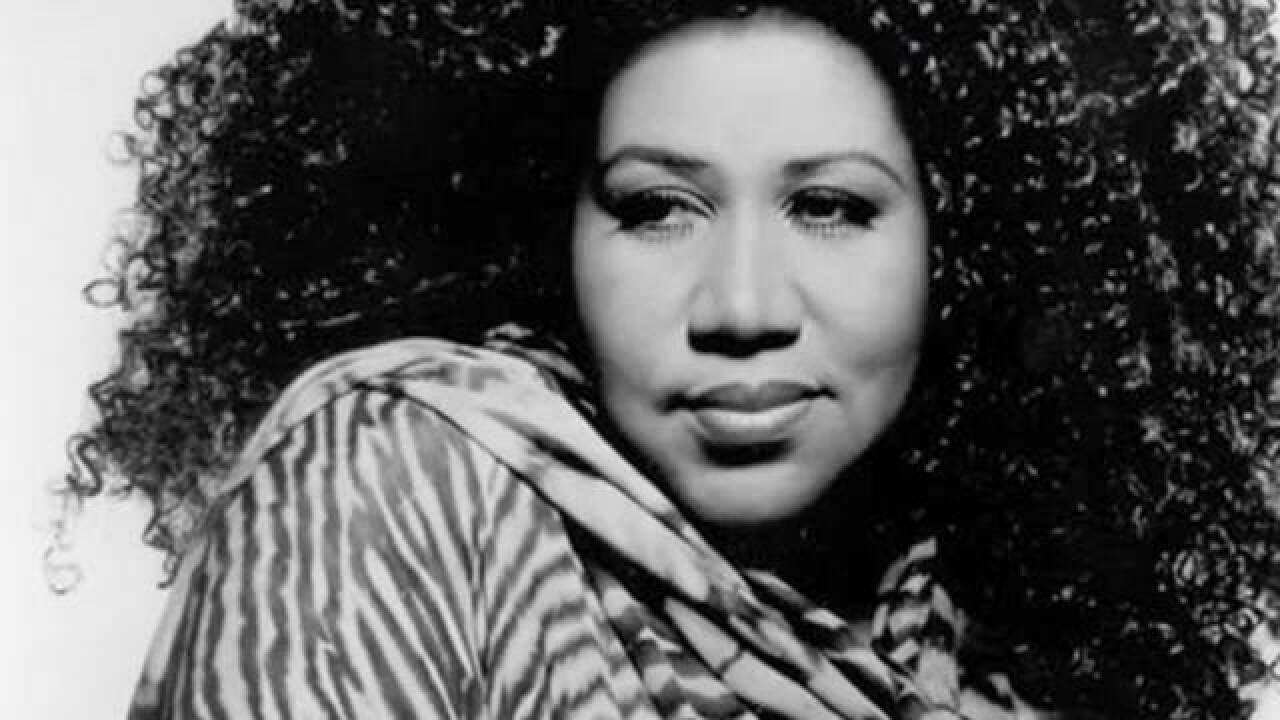 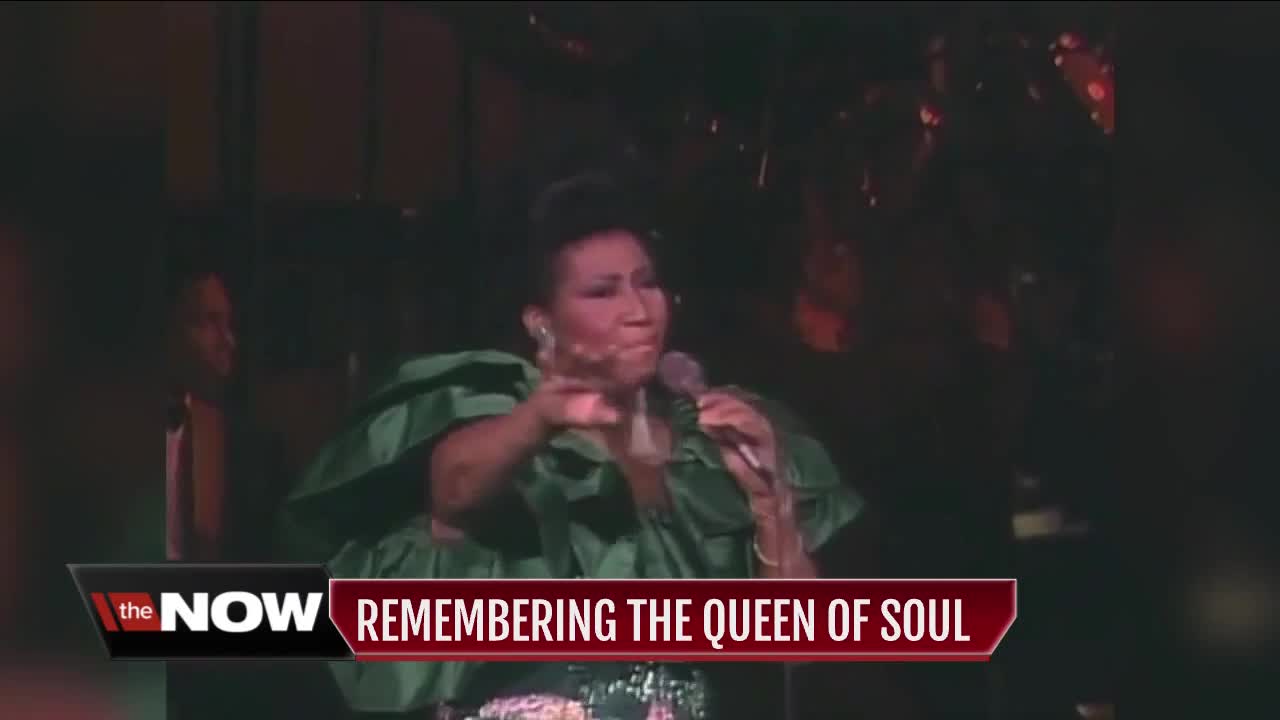 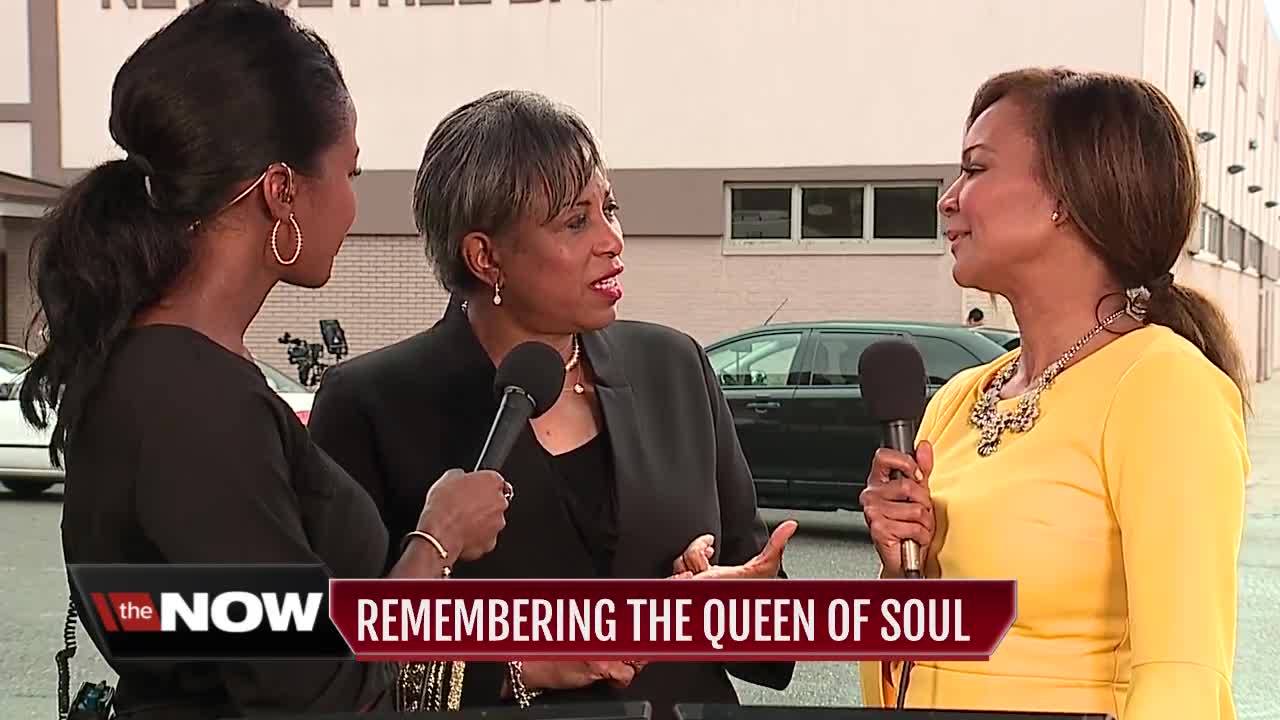 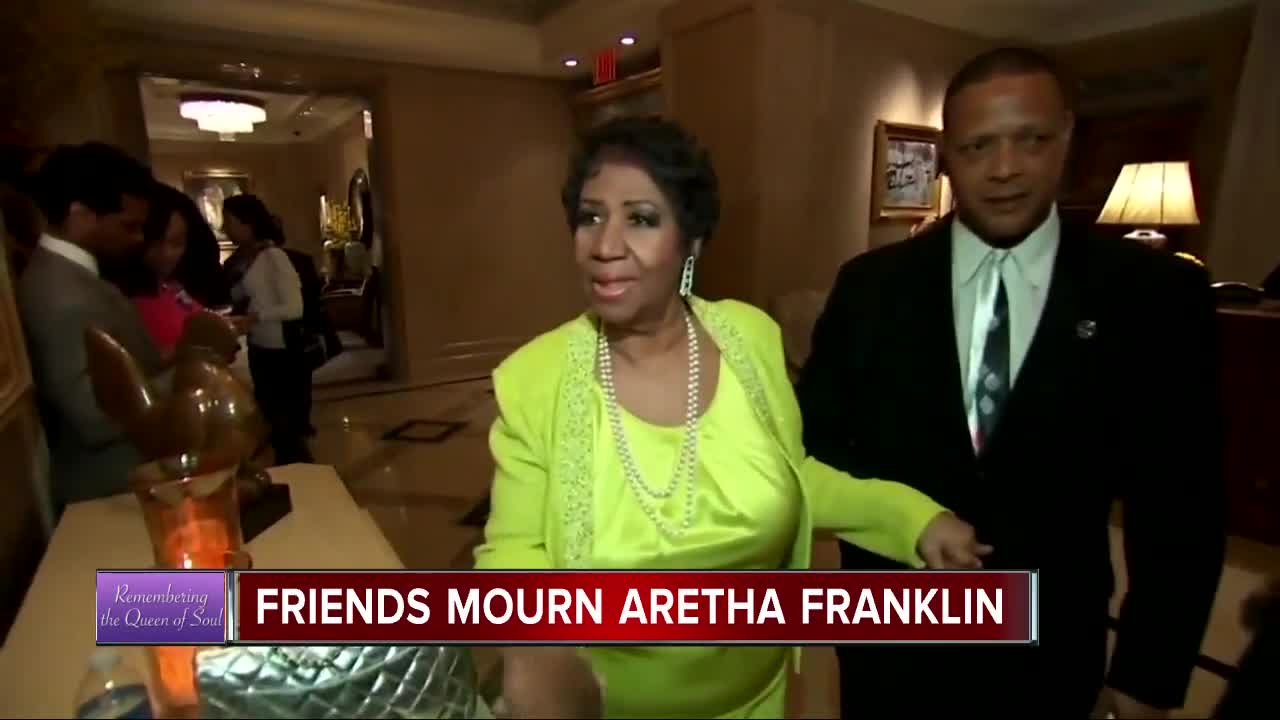 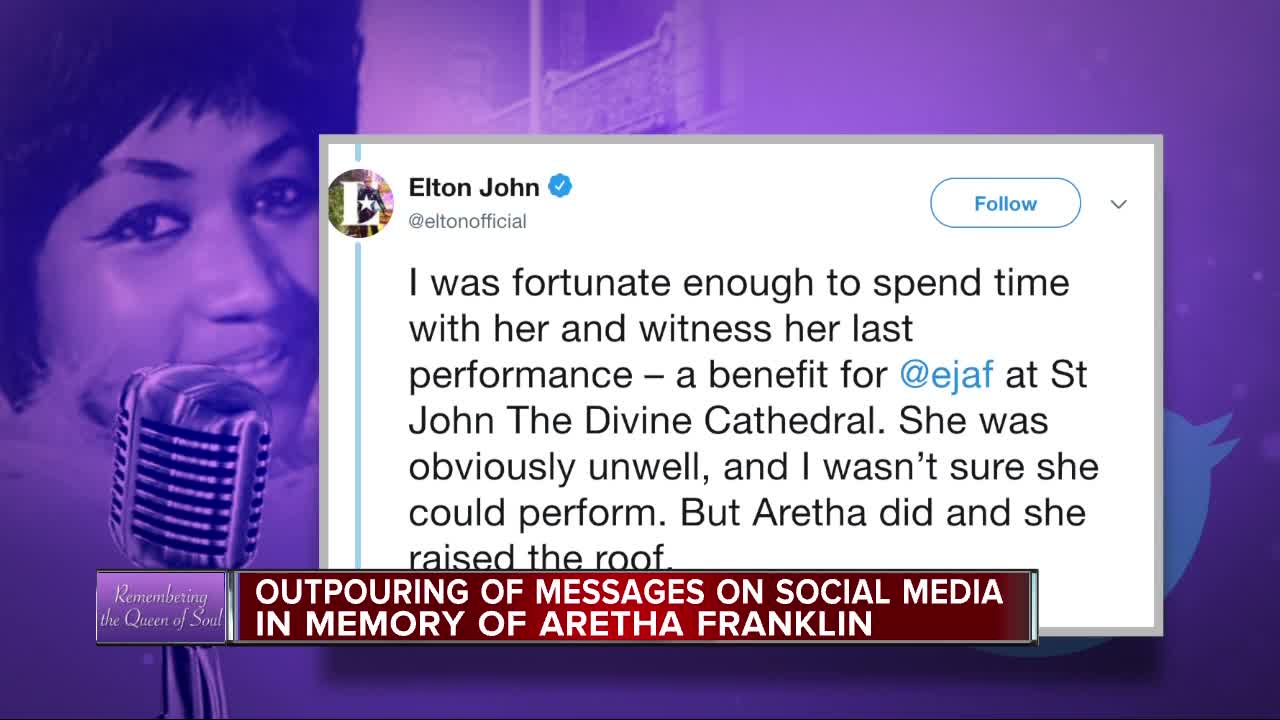 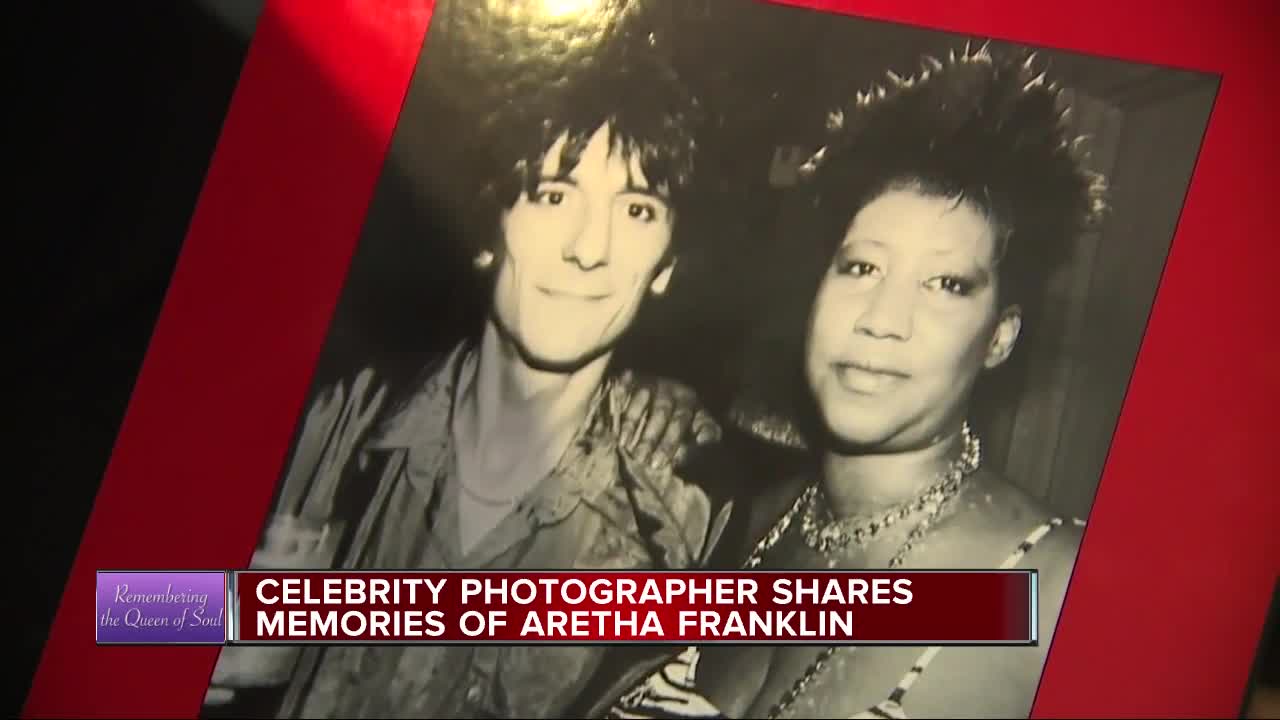 Celebrities and public figures mourned the passing of the Queen of Soul, Aretha Franklin.

Franklin passed of advanced pancreatic cancer at her home in Detroit Thursday morning.

The Queen of Soul, Aretha Franklin, is dead. She was a great woman, with a wonderful gift from God, her voice. She will be missed!

Aretha Franklin and her father, Rev. C. L. Franklin, have meant so much to our city for generations of Detroiters and we are all deeply saddened that Aretha has passed.

Few people in the history of our city have been as universally loved or left as indelible a mark as Aretha. From the time her father gave Aretha her start in the New Bethel choir, it was clear to everyone how special she was. She was a performer without peers. Throughout her extraordinary life and career, she earned the love - and yes, the respect - of millions of people, not just for herself and for women everywhere, but for the city she loved so dearly and called home.

I was honored to present Aretha with the key to our city last year and her last concert in Detroit. While she may have passed, Aretha Franklin will always have the key to our hearts.

I was honored to present Aretha Franklin with the key to our city last year at her last show in Detroit. She earned the love and respect of millions of people, not just for herself, but for the city she loved so dearly and called home. We are deeply saddened that she has passed. pic.twitter.com/XyirDp2u6b

President Bill Clinton and his wife, Hillary, released this statement:

Hillary and I mourn the loss of our friend Aretha Franklin, one of America's greatest national treasures. For more than 50 years, she stirred our souls. She was elegant, graceful, and utterly uncompromising in her artistry. Aretha’s first music school was the church and her performances were powered by what she learned there. I'll always be grateful for her kindness and support, including her performances at both my inaugural celebrations, and for the chance to be there for what sadly turned out to be her final performance last November at a benefit supporting the fight against HIV/AIDS. She will forever be the Queen of Soul and so much more to all who knew her personally and through her music. Our hearts go out to her family and her countless fans.

Our deepest condolences to the family and friends of Aretha Franklin.

Aretha was a groundbreaker and an icon whose legacy will live on forever. pic.twitter.com/dmYrfpDOjC

We lost a giant. #ArethaFranklin

One of the highlights of my career was singing with #ArethaFranklin at The Tony Awards. It was an out of body experience for me. One of greatest singers of all time. You will be missed by all. https://t.co/L8dIIhyR9Y

The wondrous chorus of America at its best has lost a powerful voice. Aretha Franklin shook the heavens and our own complacency with her spirit and by tackling life with power and purpose. #Respect

There will never be another Queen of Soul. Aretha Franklin is the embodiment of a soul blessed with a special gift. Grateful we have decades of recordings that will live on. Long Live The Queen. #RIPAretha

The Queen of Soul has left this earth to sit on her throne in heaven. How blessed we were to hear the best that God had to offer in her voice. RESPECT!
📷: Mark Seliger pic.twitter.com/v9OxtyrZ74

The @AmericanIdol fam had the great privilege of working with the iconic Aretha Franklin for a special ep in Detroit. The world will miss her as she’s left an indelible mark on our culture. Her artistry & music will move & inspire us forever. Rest in peace to the Queen of Soul. pic.twitter.com/3LaOL6wvkn

We mourn the passing of Aretha Franklin, the Queen of Soul. Her voice will keep lifting us, through the music she gave the world. Our thoughts are with her family, her loved ones and fans everywhere. Take her hand, precious Lord, and lead her home. 🎶 pic.twitter.com/I84HTEVZU1

We Will Always Love You Aretha We Will Always Speak Your Name And Give RESPECT. ~Lish and Debbie 💕💐 #arethafranklin pic.twitter.com/kUFoqoMxiA

The whole world will miss her but will always rejoice in her remarkable legacy. The Queen is dead. Long live the Queen. #RIPArethaFranklin

Deeply saddened by the passing of a beloved friend and queen/warrior Aretha Franklin. Her contributions are legendary both personally and societally. We hope you take a pause today to remember the life of a beautiful soul. pic.twitter.com/ce4ht2g0ha

The moment I wake up, before I put on my make up, I say a little prayer for you

Let’s all take a moment to give thanks for the beautiful life of Aretha Franklin, the Queen of our souls, who inspired us all for many many years. She will be missed but the memory of her greatness as a musician and a fine human being will live with us forever. Love Paul pic.twitter.com/jW4Gpwfdts

Aretha was such a timeless inspiration to me and so many others, the ultimate queen, thank you for the gift of your voice, music and unshakeable soul 🙏🏼 pic.twitter.com/me3FXBY4WZ

"What an other worldly talent. Legendary. Right up there with the greatest singers ever. She will be greatly missed. Irreplaceable." #QueenOfSoul #ArethaFranklin pic.twitter.com/vle4XrBExw

The greatest voice in American popular music has been stilled. Our beloved #ArethaFranklin has gone. For me, she was a musical lighthouse, guiding and inspiring with every note. I loved her so and love her still. Goodbye, Queen of Soul.

Rest in Peace, sweet Aretha #QueenOfSoul. We loved you and your music oh so much. An absolute legend that can never be replaced! pic.twitter.com/XwGjk2iLw8

The world has lost an incredible talent and musical icon. One of Detroit’s greatest residents, Aretha will long be remembered as the “Queen of Soul” and her presence will be missed dearly.

It was a double thrill for me to perform on the stage of the Metropolitan Opera on my 85th birthday and have the Queen of Soul (and heart) Aretha Franklin singing with me....she will be missed by the world. pic.twitter.com/74VM9IYejI

What a life. What a legacy!
So much love, respect and gratitude.
R.I.P. @ArethaFranklin https://t.co/400K1U5IHI