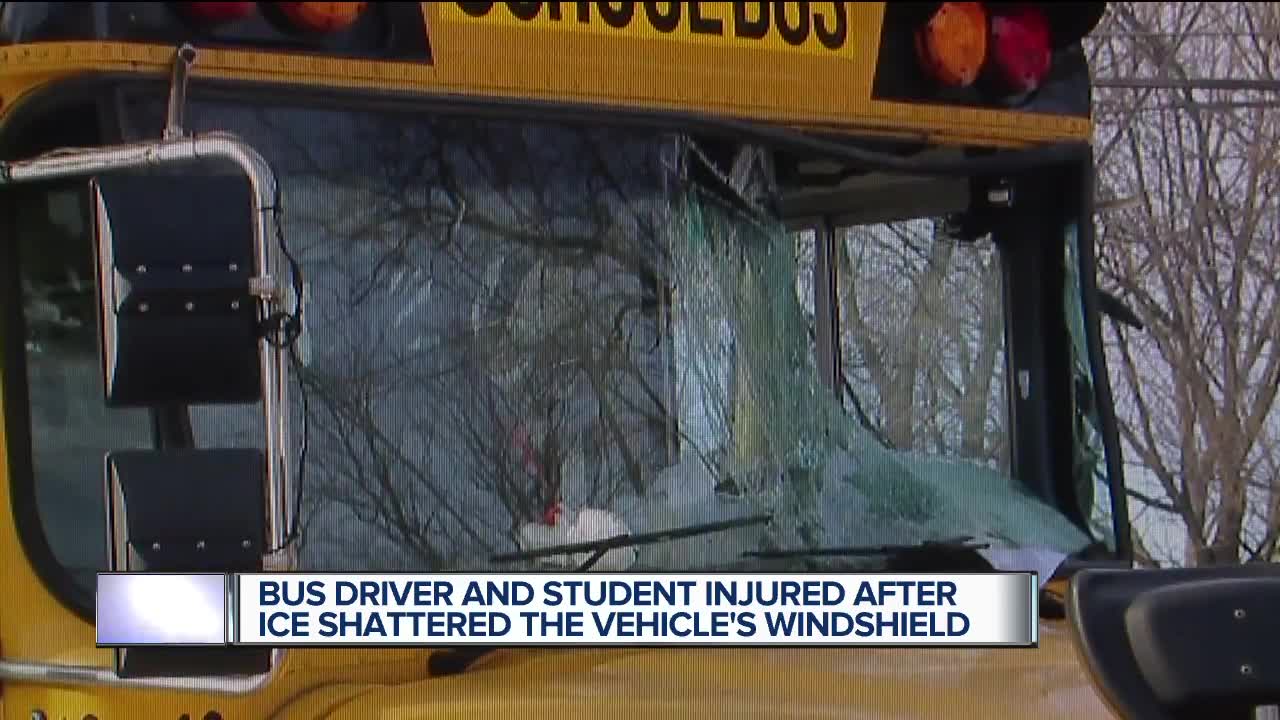 Middle school students aboard a Utica Community Schools bus in Shelby Township experienced an after-school scare Tuesday, when a sheet of ice shattered half of the bus windshield. 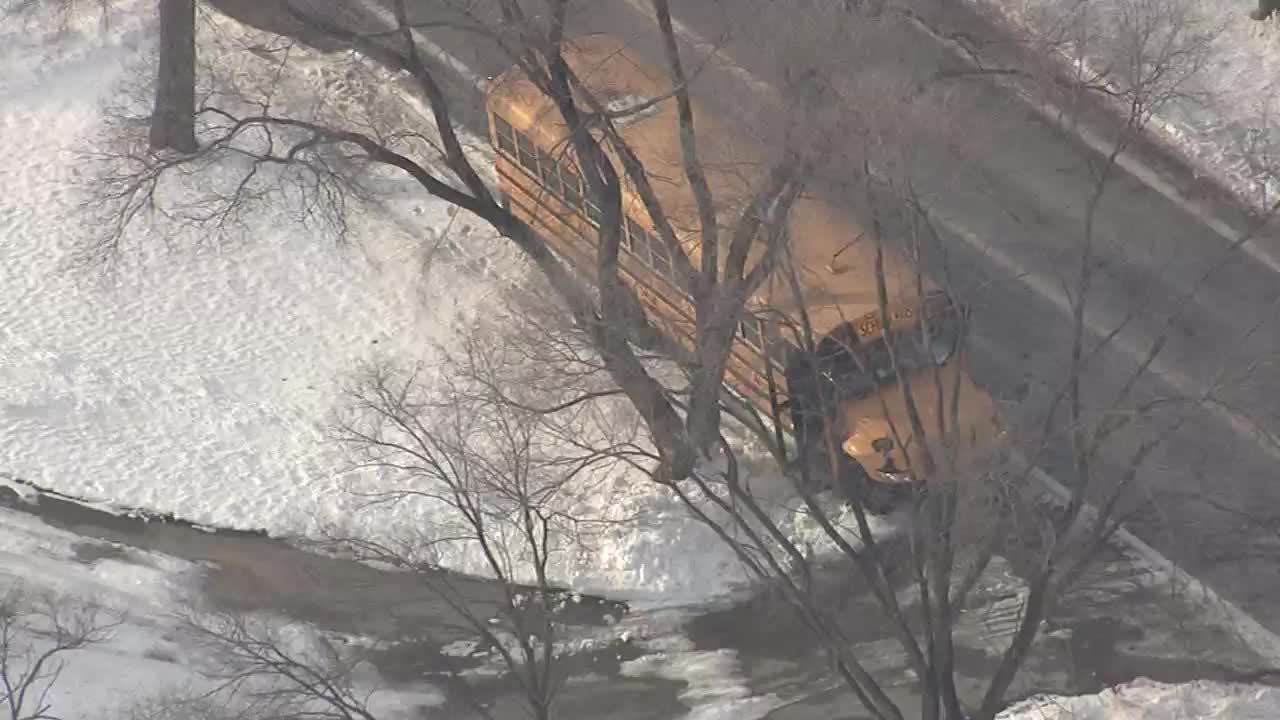 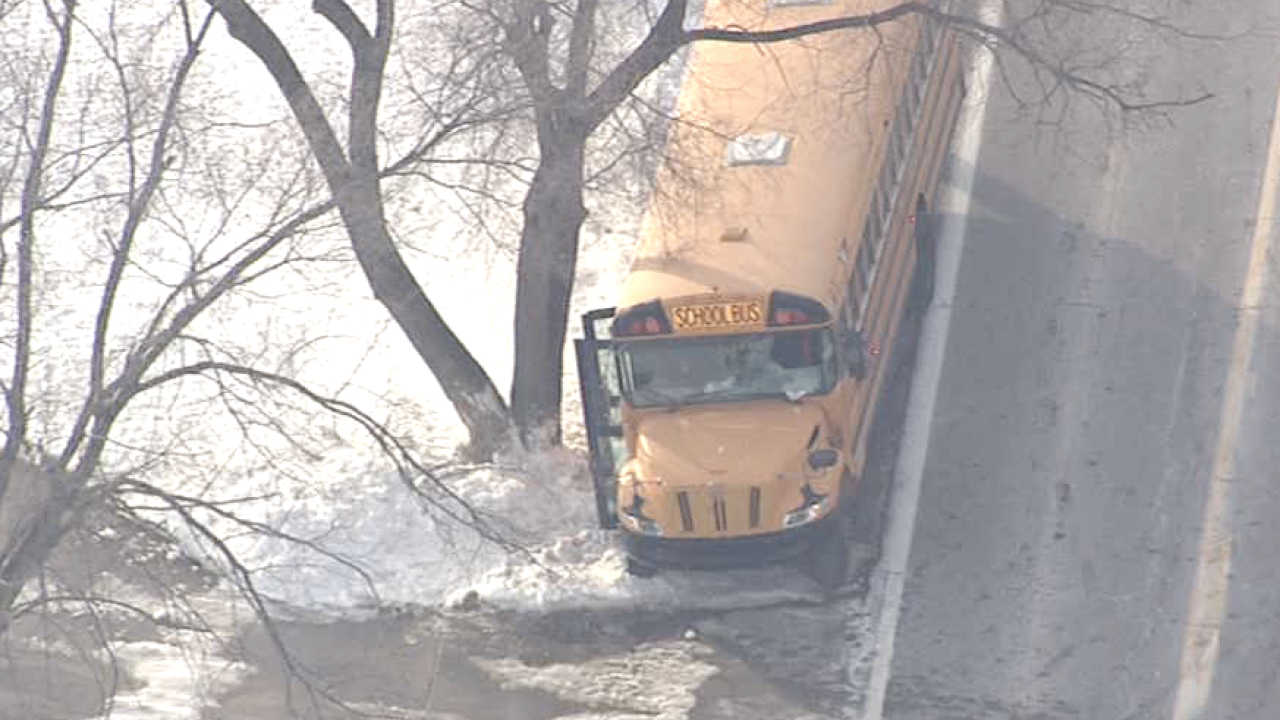 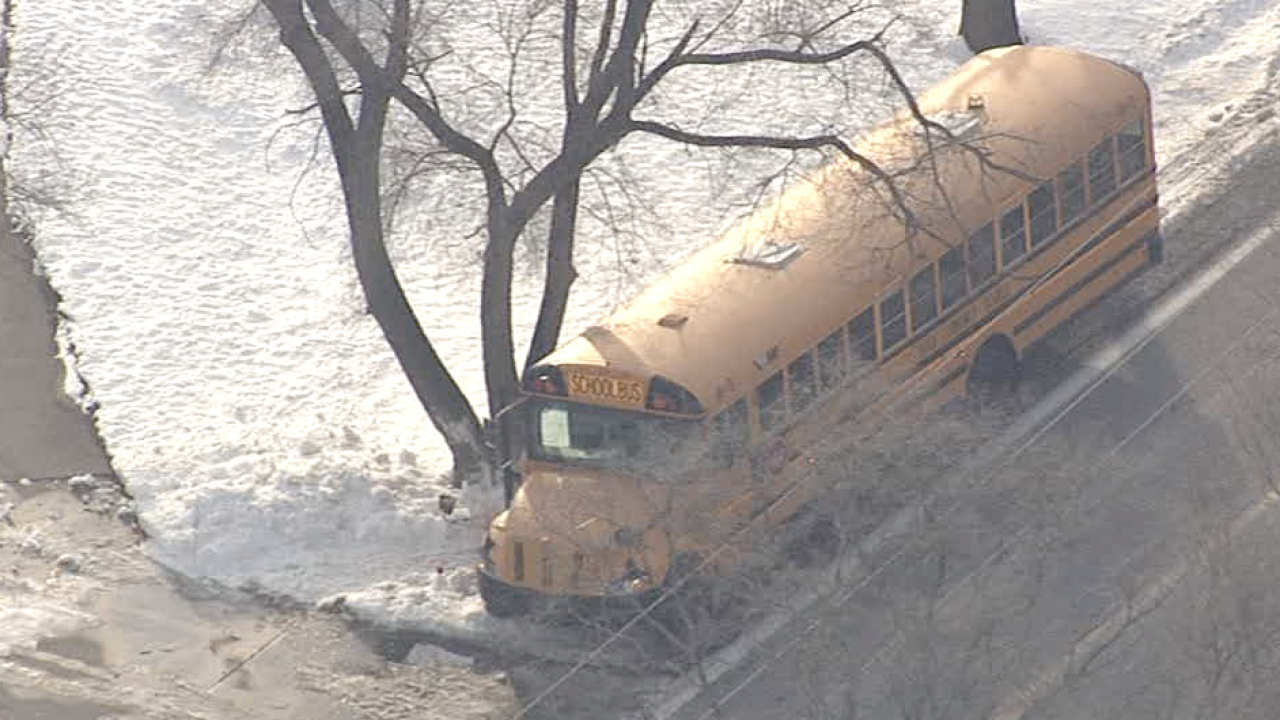 SHELBY TOWNSHIP, Mich. (WXYZ) — Middle school students aboard a Utica Community Schools bus in Shelby Township experienced an after-school scare Tuesday, when a sheet of ice shattered half of the bus windshield.

It happened around 3 p.m. on 25 Mile Road near Van Dyke according to Shelby Township Police. The bus was carrying 31 students at the time.

CLOSE CALL: A school bus driver and a student suffered minor injuries yesterday when a sheet of ICE flew into the windshield. Shelby Township Police believe it came from the roof of a box truck. Tonight, they’re hailing the bus driver as a hero. Story on @wxyzdetroit at 5. pic.twitter.com/mcuC0zWdAu

The bus driver and one student sustained minor injuries, and were both treated and released from the hospital according to police.

The sheet of ice is believed to have come from the roof of a box truck.

Police told Action News it’s unclear if the truck driver knew the ice was on their roof or not.

It’s required by law to clear snow and ice off your windshield and windows. From a criminal standpoint, the roof is a bit of a gray area.

“When it comes to snow on the roof of a car, that can be open to interpretation," said Sgt. Brandon Dowty.

"Under civil law I believe absolutely you have a duty, a responsibility to make sure your car, your truck, whatever you’re driving down the road, is clear from debris. From anything that could fly off and hurt other people," he told Action News.

Police are hailing the bus driver as a hero.

"It was a pretty significant impact. And for her to maintain her composure and safely is really a heroic action on her end," Sgt. Dowty said.

The road where this happened has a speed limit of 50 miles per hour. Sgt. Dowty said given the size of the ice sheet, things could have been even worse.

He hopes this close call is an important reminder to all drivers.

"Understand that your inaction makes the roads more hazardous and we’re trying to prevent that," he told Action News.

We reached out to the Utica Community School District for a response and are waiting to hear back.