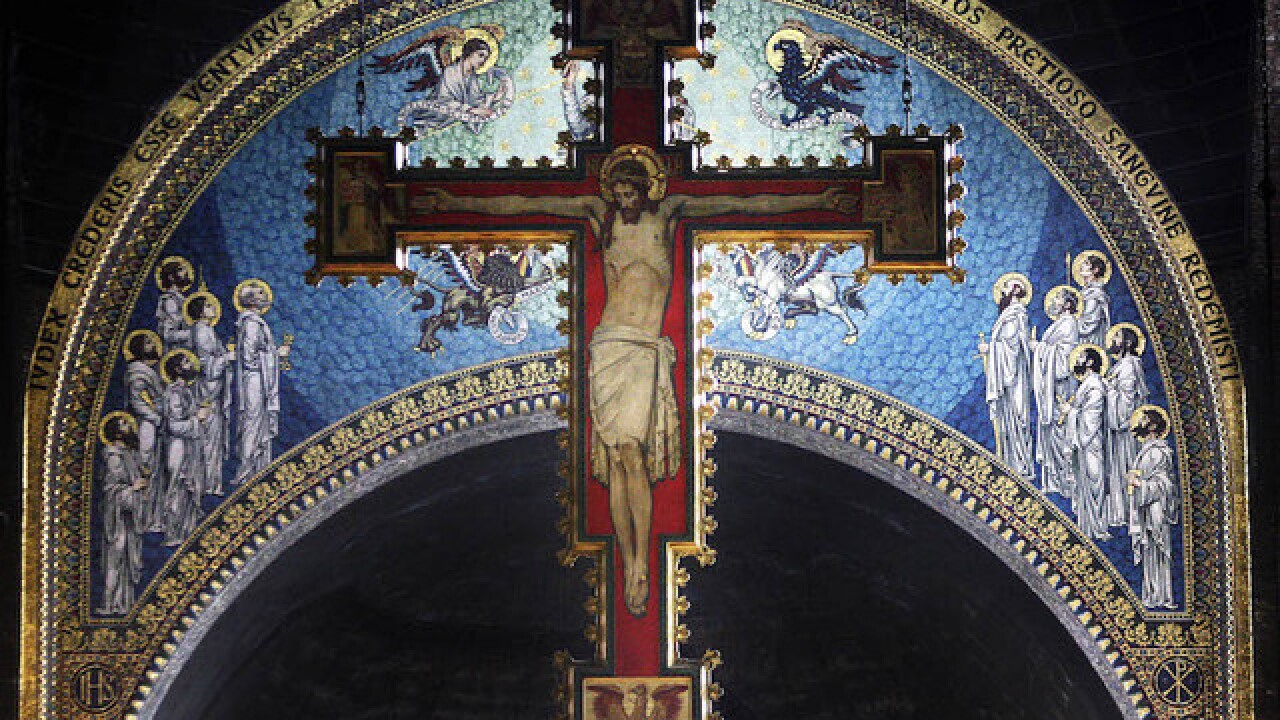 Copyright Getty Images
Peter Macdiarmid
<p>LONDON - FEBRUARY 21: A cross with a painting of Jesus Christ hangs over the alter at Westminster Cathedral during Ash Wednesday mass on February 21, 2007 in London. During the traditional Catholicism Ash Wednesday Mass, the priest places ashes on the middle of people's forehead as an ancient symbol of repentance. (Photo by Peter Macdiarmid/Getty Images)</p>

WATERBURY, Conn. (AP) — A man who broke into a Connecticut church and stole $3,000 worth of electronics apparently felt enough remorse to leave an apology note.

Police have released  video  of the man they say broke into Mount Olive AME Zion Church in Waterbury at about 1 a.m. Sunday and stole cameras, monitors and a microphone used to broadcast religious services.

Members of the congregation tell  WVIT-TV  he also left a note that said "Pray 4 Me!! Sorry brothers. Save me," and drew a little sad face.

Member Craig Smith says some members of the congregation heeded the note and prayed for the suspect at a later service.

Police are asking anyone who recognizes the suspect to contact them.